The Greatest Superhero Film Yet! “Batman Vs. Superman: Dawn Of Justice” is a Spirtual Experience!

Just when you thought superhero films could not get any better, Zack Snyder signs on with Warner Bros. and creates Batman Vs. Superman: Dawn Of Justice! Batman and Superman are unequivocally the two most famous and influential superheroes on the planet. Their enemies, their stories, their abilities, and supporting characters have spawned inspired and garnered the love of billions for nearly a century. It is no surprise that movie centered around a battle between the two would be nothing short of epic! Day vs. Night, Man of Steel vs. The Dark Knight, The Last Son of Krypton vs. The Caped Crusader; whatever you call this truly Dynamic Duo, this film has everything!

Batman Vs. Superman takes place eighteen months after the Kryptonian invasion of Metropolis, where the collateral damage between Superman and General Zod’s battle killed thousands. Bruce Wayne races to save a building of his employees, but is ultimately powerless to save them from the onslaught of the battle. He develops an even darker outlook of the world and of Superman in general, feeling he is a threat to mankind. Superman, in turn, finds Batman’s methods to be cruel and feels he under minds the law. Enter, Lex Luthor, an eccentric billionaire, who feels Superman is too good to be true, and like Batman, feels he is a threat to humanity. Through elaborate plot twists, and the introduction of kryptonite, he manages to turn the two heroes on each other in a battle so intense, so dramatic, and exciting you will not know what hit you! 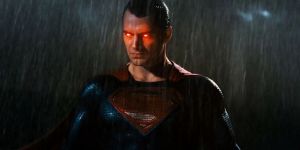 When I say this film has EVERYTHING, that’s exactly what I mean. Not only did Bats and Supes brawl, we got to witness the birth of the DC Cinematic Universe with the cinematic debut of Wonder Woman, Aquaman, Cyborg, and The Flash! These heroes, alongside DC’s Trinity (Batman, Superman, and Wonder Woman) will form the Justice League of America (JLA)! FYI, Zack Snyder just revealed they will begin shooting the Justice League in a matter of weeks! Pay close attention to every detail of this film–the Easter eggs are numerous and the clue to the next baddie our heroes will face is anything but subtle!

Ben Affleck is the best Batman yet! We all had grave reservations when we learned he would be the latest actor to take on the mantle of the Bat of Gotham, but he more than proved his mettle. His portrayal of an older, battle hardened Bruce Wayne/Batman is a direct nod to Frank Miller’s The Dark Knight. We all know Batman’s origins, but seldom do we dive into his psyche and get to see the real demons haunting his thought and actions. Henry Cavill definitely looks like Superman (Have you seen how he fills out that suit?). However, being Superman is not hard. He’s easily a two-dimensional character. However, the willingness to kill on both heroes’ behalf is new. A true surprise in all this is Gal Gadot’s debut as Wonder Woman. She quickly steals the scene, armored up and rushing into battle. Don’t take our word for it though, be sure you catch this amazing film in a theater near you TODAY!