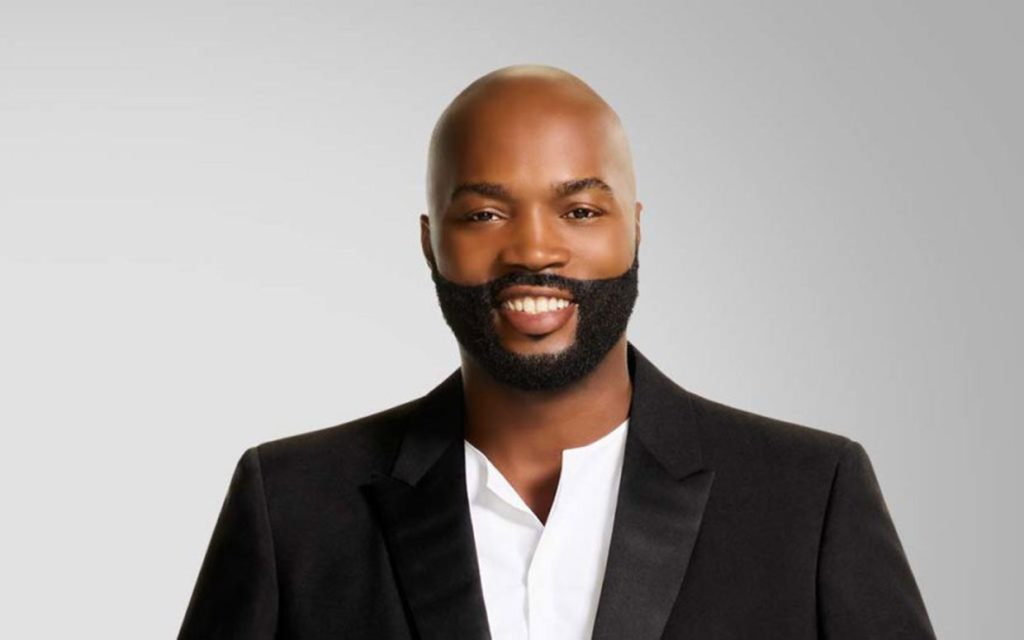 Chef Lawrence Page is the star of the WE Tv’s reality television show, Hustle & Soul. The show focuses on the infamous soul food chef, his restaurant The Pink Teacup, the restaurant’s staff, and their mission of earning the restaurant a Michelin star. The only problem is that they’re a soul food restaurant in Brooklyn.

The show became a reality after Lawrence wrote and pitched it to a production company. His background as an indie filmmaker certainly was a big factor in the show coming to television. He created the opportunity for a reality show by creating the concept of a Black chef in a soul food restaurant, fighting to get a Michelin star. This speaks to the notion that there’s no substitute for real life.

Lawrence is a southern gentleman from Birmingham, AL. He moved to the New York City with his mother when he was younger. His expertise in the kitchen came from watching his mother prepare food using their southern roots or soul food.

In 2010, Lawrence acquired The Pink Teacup from its previous owners and revived the institution, which had been around since 1954. It took him 5-6 years to settle the restaurant’s previous debts. He later moved the restaurant twice before settling down in Brooklyn. According to Lawrence, everything is happening in Brooklyn.

Lawrence is a true soul food chef. He not only prepares soul food daily, he also eats it on a regular basis too. Ask him what’s his favorite thing on the menu and he’ll tell you that he loves it all. Lawrence even admitted that he’s not interested in any other cuisines, his pallet is strictly for soul food.

Simply by looking at Lawrence, he doesn’t seem like the type of person who would only indulge in soul food. But, he does. He’s committed to the soul food life all day, every day. However, it’s a known fact that only eating soul food isn’t the healthiest thing in the world. Even when it’s cooked using different oils or leaner meats. To maintain his physique and stay healthy, Lawrence works out seven days a week. You can say that he has the best of both worlds. He gets to be healthy and enjoy the cuisine that he’s dedicated most of his life to.

It’s safe to say that besides being a chef, Lawrence is also a great entrepreneur. He turned his passion into a thriving business and catapulted it into the spotlight. It may have taken a couple of years or seven, but now Lawrence has placed himself in a position where he can expand his business further. However, he still struggles with the human resources aspect of being a business owner. According to Lawrence, it’s hard to find people who will work hard and be loyal to you. No matter what industry you work in, personnel issues are real.

He also advises future business owners to keep working hard and never give up on their goals. Even if you fail a million times, you can a learn a lesson from each failure and stop yourself from making that mistake again. Some additional advice for entrepreneurs is to have more than one hustle. Don’t let the chef hat fool you, Lawrence is also a filmmaker who uses spare time to make indie films. He has already worked on several films and has a few things in the works that he’s keeping on the low. Lawrence’s passion for film and television is the only thing that might come close to his love affair with soul food.

Since Hustle & Soul’s premiere back in March, Lawrence has gotten another show on WE Tv titled Cooking Up Soul. In this show, the chef takes viewers step-by-step through some of his signature recipes, while using the dishes as euphemisms for relationships. Along for the ride are his “sous chefs”, Dom and Stef, the twin servers who were featured on Hustle & Soul.

In the future, Lawrence plans on eventually expanding his restaurant to Los Angeles. He wants to continue his work in food and film, and he sees L.A. as the perfect place to do that. Lawrence thinks of himself as a fabulous chef who likes to live a fabulous lifestyle and be around fabulous peoples, so L.A. seems like the perfect fit. Who knows maybe one day he’ll bring his talents back to the South. Lawrence did mention that he’s been getting a lot of requests to come to Atlanta. It’s definitely not an idea that he’s sleeping on.