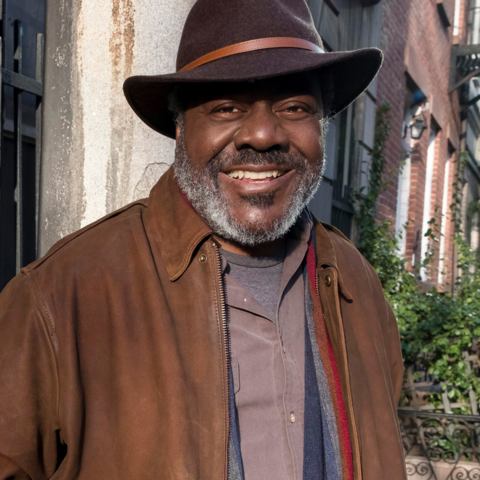 NBC’s newest series, The Village, is undoubtedly turning out to be one of its greatest. Set in an eclectic apartment building in Brooklyn, it centers on a group of close knit neighbors whose lives, love, problems, and social issues all intertwine in heartwarming and heartbreaking ways making them a family of sorts. Heading this family as a patriarch is none other than Frankie Faison as “Ron Davis!” Ron is wise, funny, and of course the backbone of his makeshift dishing out love and wisdom where needed. HeyMikeyATL and Kontrol Magazine recently attended an NBC Luncheon filled with the other “Who’s Who” of Atlanta’s media community and got the opportunity for a sit down interview with Frankie himself!

Frankie has been in the in the entertainment industry for over forty years, with dozens of roles, and is known best for his roles on The Wire (2002) and the Hannibal Lecter franchise. At the luncheon Frankie discussed the secret to his career’s longevity and how his own village greatly impacted his life. “…I’ve had really thoughtful and impactful people in my life since elementary school–my whole community actually. I grew up in an all-black community and the people in my life saw I was a character, a real class clown [he laughs], but instead of punishing me or writing me off as a bad kid; they put me in the theater…there I was able to grow and cultivate and become the character I am today [he laughs].

As “Ron Davis,” Frankie embodies so much strength and understanding on the show, and when combined with the talents of Lorraine Toussaint, portraying Ron’s wife, “Patricia Davis,” you have quite a powerful, earthy couple. Frankie went on to discuss why he chose to do The Village, what it is like working with Lorraine, and his similarities and dissimilarities to his character. “He [‘Ron’] is the head of this chosen family of people–that’s what friends are, the family you choose–and he is a wise, upstanding, strong guy and I can identify with that. He’s like the ‘mayor’ of the neighborhood…then he likes to give wisdom to others and I find myself dispensing wisdom to the youngins on the set [he laughs]…I loved the script for The Village, it was well-written and I loved the stories. I’m down for any project that I can connect to and grow from. He then went on to discuss Lorraine. “When I found out she was on board I was thrilled. We came up in the industry together and she’s a respected colleague. She was perfect for the role and I can see us being the parents and grandparents of this situation…”

Frankie Faison is nothing short of amazing, encouraging rising and aspiring actors and entertainers to “Never give up. If this is what you want to do stay at it, believe in it, grow with it, and just don’t stop!” You can catch Frankie every Tuesday night, 10 PM EST!