President Barack Obama is the Most Admired Man in America for the ninth consecutive year.

According to the Gallup poll published on Wednesday. 22% of voters placed President Obama at the #1 spot, and 15% of voters put Donald Trump in spot #2.

The results are based on a Dec. 7-11 poll. Since 1946, Gallup has asked Americans to name the man, living anywhere in the world, whom they admire most.

Incumbent presidents typically win the distinction — in the 70 times Gallup has asked the question, the president has won 58 times. The 12 exceptions were mostly times when the sitting president was unpopular, including 2008, when Americans named President-elect Obama over President George W. Bush. Obama and Dwight Eisenhower in 1952 are the only presidents-elect to win the distinction. Eisenhower finished first 12 times, more than any other man in history. Obama is now second all-time with nine first-place finishes. Obama’s win over Trump this year is largely a result of the president earning more mentions among Democrats than Trump receives from Republicans. Fifty percent of Democrats named Obama as most admired, compared with 34% of Republicans choosing Trump.

This year marks the 60th time Graham has finished in the top 10 — a Gallup record. That includes making it into the top 10 every year since 1955, with the exception of the 1962 survey and in 1976, when the question was not asked. 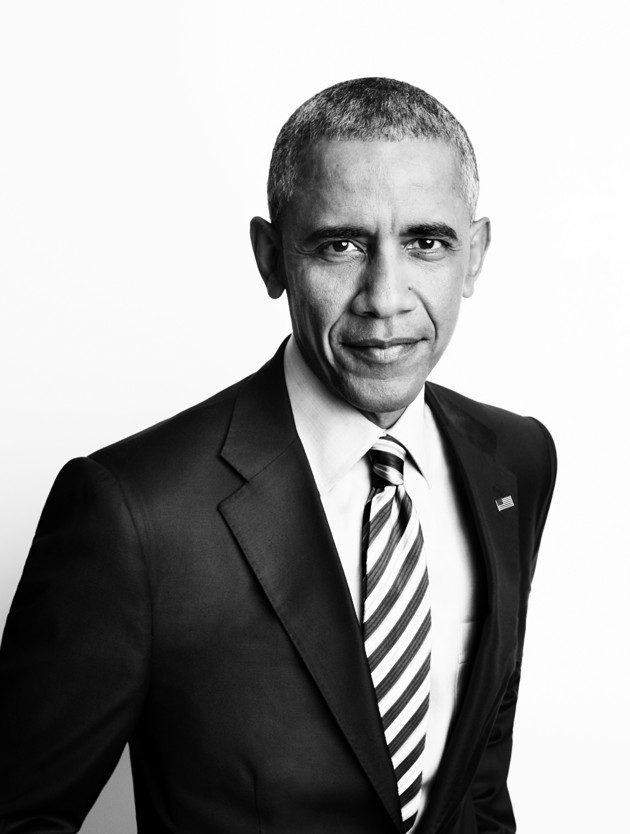 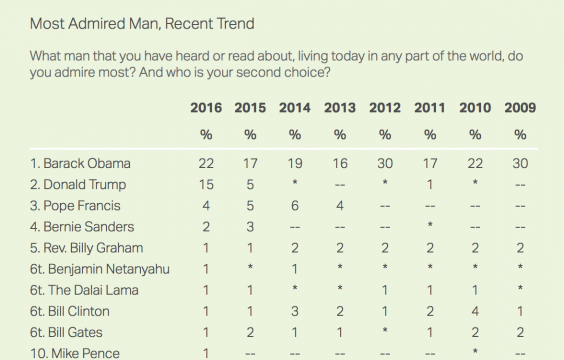