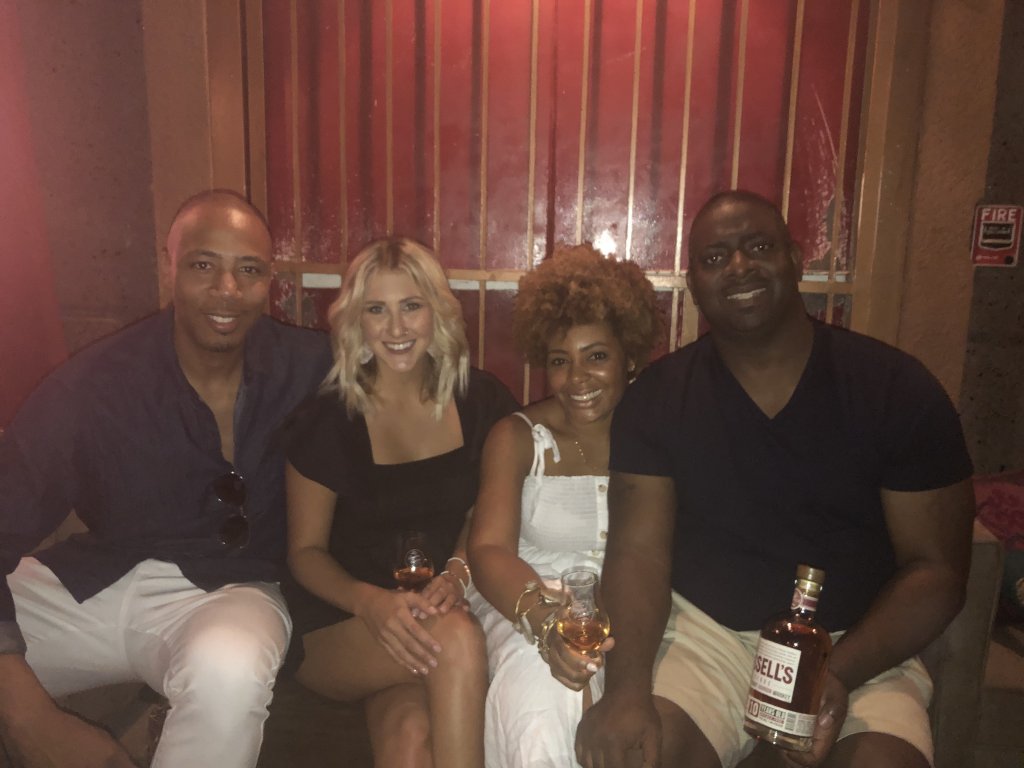 Samara Rivers: Adding a Touch of Spice to Bourbon

“A seat at the table means to simply be included.” –Samara Rivers

During the last weekend in August, the Black Bourbon Society (BBS) held a tasting event for its members at the Victory lounge located in the Central Business District in New Orleans.

Victory’s toned-down atmosphere was the perfect spot for the event, providing charm and intimacy all while getting familiar with Russell’s Reserve whiskey brand.

Ms. Samara Rivers, who serves as the Chief Bourbon Enthusiast and the founder of the exclusive social club, took lead showcasing her skills as an event planner and marketer. The Atlanta native works diligently to bring people of color into bed with all things Bourbon; interesting, right?

The BBS consists of nearly 4,000 African-Americans from various professions, globally. Perhaps what is truly unique is that despite its name, the BBS’ members have a love for the spirits industry, and they enjoy conversing about all things bourbon. It was created after the distiller, Rivers, realized that the spirits industry was lacking inclusion with people of color. She wanted to willfully combat that stigma when she partnered with Russell’s Reserve Whiskey.

BBS has been an exclusive membership society going on four years now and providing the best in tasting events all while giving a rich history to all of those in attendance. The top tier society meets monthly in different locations around the U.S., on a seven-city tour. Rivers started the coed circle in Atlanta and has since then migrated to other major metropolises such as Philadelphia, New Orleans, Chicago, and additional cities to come.

Rivers interest in Bourbon began during a trip to the drinking capital city of the world, New Orleans. She was introduced to a salesman who exposed her to the smooth taste of Bourbon. After that, she dedicated her time to mixing cocktails for a year and was curious as to how she could merge her talents with prominent African-Americans who shared her love for the brown liquor. Ultimately, it was bringing awareness to the demographic needed with a unique twist.

She touched briefly on why the BBS is imperative to people of color and the importance of having more diversity in the distillery industry:

“When I said, ‘a seat at the table,’ I was referencing how we [African-Americans] are a part of the consumership, but our voices have never been included in the history, contextually, in presenting Bourbon. Our voices haven’t been included in marketing or even considered as to how we are more than just consumers but an emerging demographic.”

Rivers has found herself on a mission to campaign in educating attendees during tasting events with rich knowledge and defying the simplicity of drinking just to drink. However, that’s not where she stops on the informative Bourbon tour. This Alpha Kappa Alpha member co-hosts a weekly podcast with her partner, Armond Davis, aptly named Bonded in Bourbon. She also exercises her literary skills by providing monthly content for The Bourbon Zeppelin.

The BBS’ event had a cozy crowd of nearly 100 bourbon lovers including Armond Davis,  John McLaughlin, who serves as the Sr. Account Supervisor at M Booth, CEO of non-profit organization Equity in Education, Mikal Anderson, JoAnn Street,  the granddaughter of Wild Turkey’s Master Distiller, Jimmy Russell, and many more.

For more information as to how you too can join, check out the Black Bourbon Society’s home page.