Underdog songwriter, singer Maurice Moore is setting the tone for R&B, and  isn’t holding back anytime soon.This January Maurice released his highly anticipated E.P Destination Unknown, and many would say listening to Destination Unknown in one sitting can be healing to the soul. Maurice gets deep and personal with Kontrol Homme on the evolution of himself and how it unfolded into his craft.
“There were many experiences that kind of brought Destination Unknown full circle for me. The first was the depression that silently crept up on me after an ugly breakup after five years/ I have always been a person with direction and so easily locked in on the prize, but for the first time in my life, I felt like my foundation was knocked off its alignment. Then moving to a new city (Los Angeles) alone at the same time to pursue what most people believe to be impossible really added some extra spicy sauce to the already boiling pot of my life at the time. It was perfect, but somehow I found myself finally isolated enough to really pay attention to what was going on inside my head. I started journaling three pages of stream of consciousness writing every morning – where I would explore the causes of a lot of things that were causing me pain, I started reading books like Marcus Aurelius’ Meditations and Jordan Peterson’s 12 Rules For Life and Maps of Meaning and meditating multiple times per day. I just wanted to feel better. Slowly but surely the things I was learning and feeling leaked into the music I was making each day and just as surely I started feeling better. June 2018 around my birthday was when it all really clicked for me, and I wrote the title track – I just knew right away that this was the theme of this project”.

It’s safe to say the internet has adapted into the majority of the world’s lifestyle. Thanks to black twitter and Instagram’s daily dose of controversy and trending topics like “Who is your top five R&B kings” or “R&B is dead!”; it does not seem to knock off Maurice`s concentration and focus on the bigger picture and not the distractions. “To be completely honest I don’t really care. It might come off as aggressive or whatever but genuinely I don’t play music politics. I like what I like, and other people can like what they want”.

“My generation is often defined by our lack of attention, our lack of thoughtfulness, and lack of perspective. I wanted to show that myself along with many other young people have the ability to see the bigger picture. This E.P represents so many different things for me – Growth from the bad habits that may have been holding me back, healing from heartbreak and the troubling depression that followed, and the freedom of learning how amazing life can be when your decisions aren’t dictated by the opinions of other people”.

While Maurice may have self-control with social media ,he isn’t as self-discipline when it comes to his mind spiraling out of control. His creativity oozes energy that falls out into his music, videos and even the roll out of the release of Destination Unknown. “My favorite changes like every few days (He Laughs) but right now it’s easily Cherry Bomb. I love how that song blends so many different vibes – it’s a true genre bender. I was playing on this concept from the movie “The Matrix” which sees Neo deciding between taking the red pill which reveals you to the truth about the nature of reality or the blue pill which allows you to enjoy the world is it is now to you. I always find myself dancing between the two – following the path of enlightenment and then giving into human earthly temptation. I think it’s something we all have been through – we all just trying our best”.

Maurice isn’t ordinary at 22 years young, he is an underground goat in these entertainment streets. His flair and sauce has opened doors for him to write for everyone from recent award Grammy winner H.E.R, Kehlani, Justine Skye, Marques Houston, Wiley, Grammy winner producers Troy Taylor & The Underdogs and K pop. If  that isn’t  enough he has topped 155 iTunes charts worldwide, in 41 countries with an easy 30+ million streams.“I usually write with the artists themselves when I am working on their songs, so there’s such a clear line for me between my own songs and the ones I’m working on for them. My writing process for my own music is usually alone at my home studio in LA – I like to be low key and in solitude when I create”.

Being low key and in solitude seems to be a secret gem that our favorite Canadian artist has in common with  Drake, Tory Lanez, The Weekend, & Nav;  always low key and on the move creating greatness. However, on the other hand, when pertaining to hip-hop and the culture, some may question or be curious about the Canadian hip hop culture. “Being born to a Canadian mother and American father has blurred the lines so much for me on this topic. I think on the surface you wouldn’t be able to tell whether an artist is Canadian or American. I think Americans tend to value money a lot more than Canadians, so you see a lot more posers across the border who are just in it for the money. Canadians tend to be more focused on the music itself in my opinion”.

While already dominating his music career Maurice is dipping his toe into other avenues including the fashion industry and maybe one day the big screen.“It’s very fun to collaborate with brands outside of music. I’m an athlete first and foremost so Adidas and New Era have been essential in my training (for football) even before I was collaborating with them. In the future, I hope to release my own Adidas sneaker and definitely keep an eye out for my music in some of the big films in the near future”.

“I feel like I’ve already reached the biggest goal of mine which was to be able to sustain a living off of music fully. I am eternally grateful to be able to say that at 22, it blows my fucking mind every day, I’m blessed. Everything else after that is a bonus. I am eager to hit the road and meet my fans so definitely a full tour schedule in the near future, would love to have my music in some dope films and overall I think my biggest goals right now are actually outside of music and I’m really looking forward to y’all seeing that unfold”. 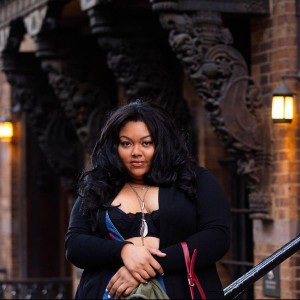