The Struggle There Was, The Movement That Is & The Movie You Must See–“SELMA!”

History is truly the story of mankind at large. It marks our greatest triumphs and our darkest tragedies. One of the greatest moments in human history occurred during the sixties, when after centuries of slavery, and decades of legalized discrimination, segregation was outlawed and African-Americans dared to fight for the right to vote. The battleground was Selma, Alabama on the Edmund Pettus Bridge. On one side were Civil Rights leaders and the other state troopers, determined to stop their fifty mile march/protest from Selma to Montgomery. 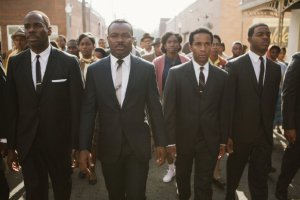 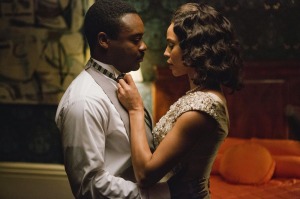 The movie, Selma, documents the events surrounding the historic march; told from the point of view of Dr. Martin Luther King, Jr. (David Oyelowo), and based on FBI files declassified during the passage of the Freedom of Information Act. The film showcases his struggle with nonviolence and the brutality committed against those who dared to share his dream. You have seen the old footage of dogs, brutal cops, water hoses, and bodies in the street; but you have never seen it like this. Every scene of murder, violence, and oppression will make your eyes water–sometimes with rage–at what thousands endured so that future millions would have a better life. In addition to a history recap, you find out some interesting in information about The Kings and the current whereabouts of those (good and bad) involved in  Bloody Sunday and the March On Montgomery in Selma. Directed by Ava DuVernay, and produced by Oprah Winfrey, this film will do more than touch your heart, it will empower and embolden it! 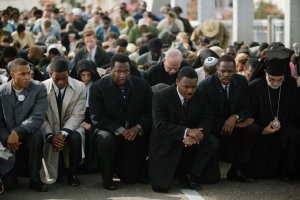 I rarely get emotional over films. However, with the current and growing racial crisis stirring in our country this movie could not have come at a better time. Until the last two years, we all lived in a bubble of what was perceived uneasy, but accepted racial equality and felt relatively safe. Now we are reminded that now, just like then, injustice is always present and must be always fought. Take your children, drag your friends, organize your church members. Selma  is coming and things just will not be the same again!

You can catch Selma in theaters in limited release on Christmas Day; and in theaters everywhere on January 9, 2015.