The people have spoken, no one really thinks People Magazine’s 2017 ‘Sexiest Man Alive’ is actually sexy. In fact, I think we define “sexy” a little differently.

What actually constitutes a man being the ‘Sexiest Man Alive’? – Is it chiseled features, the perfect personality, or even the physical attributes of “tall, dark and handsome?” Nevertheless, none of them apply to current People Magazine proclaimed ‘Sexiest Man Alive’, Blake Shelton. I seriously want to inquire with the staff of People Magazine; as I’m sure many others do as well. According to Twitter and other social media, it seems that everyone can agree that he isn’t sexy at all except for maybe Gwen Stefani, who has been married to him since 2015.

While everyone is passionate and surprised with the outlandish decision of Blake Shelton as the ‘Sexiest Man Alive’ for 2017, certainly this is nothing new for People. Since 1985, they have shaken things up by announcing their views of the most attractive man; who is usually white. In the entire duration of the ‘Sexiest Man Alive’ campaign, there have only been 2 black men featured; Denzel Washington in 1996 and Dwayne ‘The Rock’ Johnson this past 2016. Other than the puzzling inquisition of the general question, the ‘Sexiest Man Alive’ is always a celebrity and usually an actor; with only 4 being non-actors.

While enjoying memes and funny comments from the Twitter-verse, there was one tweet that stood out from them all. Once I saw @JarrieBradshaw’s tweet, I knew something had to be done. Let alone, cast my own vote.

And I couldn’t agree more. As a result of that compelling tweet, I felt obligated to create a ‘Sexiest Man Alive’ list.

Here are 10 reasons why Blake Shelton isn’t the ‘Sexiest Man Alive’, and furthermore why People Magazine should consider adding a little more color (people of color) to their sexy list.

Trevante Rhondes… (@_trevante_)  Of course he’s the first on the list. Who can deny all of this chocolate and talent?

Omari Hardwick… (@omarihardwickofficial)  One of the main reasons to watch ‘Power’, TBH.

Kofi Siriboe… (@kofisiriboe)  Other than 2017 being an amazing year for him, I would be a fool to not include this African King.

Pharrell Williams… (@pharrell)  Besides the fact the he doesn’t age, his heart and talent are undeniable.

Jesse Williams… (@ijessewilliams) Who can say no to those blue eyes? Above all, #StayWoke

So many attractive men, so little time. But you can appreciate the thought. Maybe this list can inspire People Magazine for next year. Of course, there are more than ten sexy men who could easily sport the title of ‘Sexiest Man Alive’. Who did we leave out? Comment below names that should be included or your own ‘Sexiest Man Alive’ list. Because the more eye candy, the better. 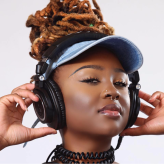 A GA native who is considered a "Jackie of all trades". With broad experience in: Multimedia Journalism, Production, Live Events, Marketing, and Community Service/Outreach, there is simply nothing she cannot do. She has managed to work with brands like: iHeartMedia, AMB Sports + Entertainment, Fox, and A3C Music Festival & Conference. Emani serves as a freelance audio animator and now a curator. Be on the look out for her latest updates by following Emani on social media at @EmaniSunday

The Switch Up! Transitioning Your Favorite Looks Into Fall: Dusters and Wrap Dresses

Sizzle of the Week-Darian “D” Barnes

“Will the Real Kanye, Please Stand Up?”