Being Mary Jane- “One Is The Loneliest Number”

0
Being Mary Jane begins with Mary Jane (MJ) receiving a phone call from Sheldon as she fixes her microwave dinner. She pretends to have cooked it herself to impress him. As they talk she types out his pros and cons and is taken aback by his question of her fertility. However, she loves how much…
/ Hey Mikey! /

Being Mary Jane begins with Mary Jane (MJ) receiving a phone call from Sheldon as she fixes her microwave dinner. She pretends to have cooked it herself to impress him. As they talk she types out his pros and cons and is taken aback by his question of her fertility. However, she loves how much he admires her. They talk for hours ending their conversation when he invites, and she accepts, his invitation to dinner the following night. The next morning MJ realizes Mark did not take out her trash and she goes to check on him. There, she finds himself distraught over his ex-boyfriend, Eric. He plays her a voicemail from Eric who tells him he has moved on with someone new and is preparing to go to London for good the next week. MJ helps him pull himself together and they head to work.

Patrick arrives to Tracy’s home to find Deja alone. He realizes Tracy has not been there the entire night and cannot find her. He tries to take his daughter to school but his car breaks down. He calls MJ to her his situation and use her AAA number and get the number for the detective she used to track him down. MJ warns him he is expensive, but Patrick decides to enlist his aide anyway. He believes Tracy may be using drugs again. Kara’s ex calls demanding more child support from her to pay for their sons’ school tuition. Breaking news of a school shooting in Virginia hits the airwaves and MJ prepares to cover it. Patrick is harassed by the police as he waits for Deja to get out of school. They claim it is due to the school shooting elsewhere. Back at SNC, MJ talks with one of the parents on the scene of the shooting. She tells them she knows her daughter is fine because she received a text from her. As the parents prepare to reunite with their children, two cops tell the mother her daughter has been killed. Kara pulls MJ off set and informs her. Everyone on set’s heart is broken. 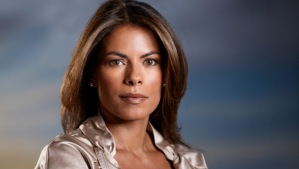 MJ checks on Patrick and Deja, and is surprised Tracy has not returned. Sheldon calls MJ later that night to invite her to a dinner party at his home. She admonishes him for changing their plans at the last minute. They both apologize to each other and agree to move forward. Kara checks on her boys and asks her ex to let them stay home from school the next day. She calls Gail and sets up a movie night with him. Meanwhile, Mark calls Eric and wishes him the best. Gail and Kara attend a Latin Film festival and discuss the Pinot documentary. He tries to get her to let her guard down and not use irony and sarcasm as defense mechanisms. She breaks down and tells him she does not know her purpose. MJ invites Mark to Sheldon’s party.

At Sheldon’s party he introduces MJ and Mark to his friends who have been married for 25 years. He toasts to their marriage. Elsewhere, Patrick continues to look after Deja and decides to pay the detective’s fee to find Tracy. At the party, Mark meets a new guy and MJ sets boundaries for Sheldon. Kara and Gail have sex while Mark hooks up with the new guy. Sheldon calls MJ when she arrives home and they begin another long and fun conversation.