1
It is a dark day for VH-1 reality star and celebrity manager, Mendeecees Harris as he was sentenced to eight years in prison for his part in a drug trafficking conspiracy. According to authorities, this conspiracy shipped large amounts of cocaine from downstate New York to the Rochester region. In court, Mendeecees delved into his…
/ Hey Mikey! /

It is a dark day for VH-1 reality star and celebrity manager, Mendeecees Harris as he was sentenced to eight years in prison for his part in a drug trafficking conspiracy. According to authorities, this conspiracy shipped large amounts of cocaine from downstate New York to the Rochester region. In court, Mendeecees delved into his past, saying he grew up fatherless in a rough neighborhood, which contributed him to him stepping into the drug trade. He apologized for his role in the wrongdoing. “Ever since (having children), I’ve been trying to right my wrongs,” he told U.S. District Judge Frank Geraci Jr. at the sentencing. Naturally, his wife, Yandy Smith, also of Love & Hip-Hop fame was there in the courtroom to support him, while snuggling their ten month old daughter, Skylar. He posted the following picture and caption on Instagram:

I want you all to understand something. I completely accept responsibility for all that is going on. My transition to be a better person a productive person started well before this case. However in my past I made some bad decisions. Young men let my life be an example to you now before it’s too late. Better who you are now in your children’s lives and in society so you can change the path of your fate. Lack of opportunities, a fatherless home, the unforgiven neighborhood and circumstances you grew up in can no longer be your excuse. Trust me I tried. And it doesn’t make the pain your family feels any different. Young man educate your self and break the cycle. Don’t become a number on the DOA (dead on arrival) list or on the incarceration list. To my wife and children you are all strong and well prepared for this. This is just another brick laid down towards our house of happily ever after , walk with your head held high knowing I would never past the buck and put another family through what we have endured. Continue to walk in faith and love as you’ve done so well. To my peoples thank you for all the encouragement and support please continue to encourage my family. Thank you again all. 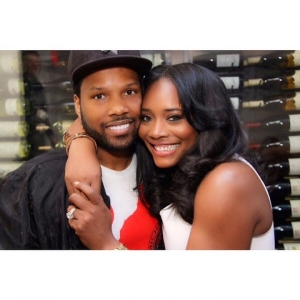 Is it just us or this REALLY sad. Over the years most of us have grown to love Yandy and Mendeecees and followed this story on our own and via the show. We really feel for Mendeecees’ four children most of all. For the next eight years they too will be fatherless. Yandy has not come forward with a statement regarding this news, but we can only image how devastating this must be for her. She has been a “ride or die chick” for him before, but now we will really see just how down she is for her man. The Harrises and their family will be in our prayers. We will keep you posted as details unfold. 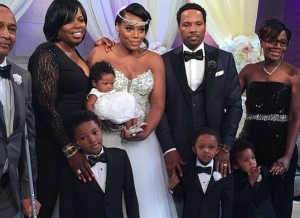