0
Underground begins with The Macon 7 hiding in the bush trying to avoid being spotted. They try to decipher the freedom sing, but still cannot make sense of it. Cato believes they are doomed and thinks each of them should strike out on their own. Noah insist they stay together, and then learns from Cato…
/ Hey Mikey! /

Underground begins with The Macon 7 hiding in the bush trying to avoid being spotted. They try to decipher the freedom sing, but still cannot make sense of it. Cato believes they are doomed and thinks each of them should strike out on their own. Noah insist they stay together, and then learns from Cato that a train is coming to Atlanta they can catch. Noah only trust him when he learns the info came from Ernestine. At the plantation, Sam works the fields with the other slaves as Pearly Mae has been beaten and hung up in the stocks in the hot sun. The field slaves contemplate disobeying their master and giving her a drink of water. Sam decides to brave his chances and goes toward her with some water. An overseer stops him and takes her away to the Big House. There, Tom talks Suzanna into helping him break Pearly Mae, citing their kinship. The house slaves get her cleaned up and put her in a nice dress, Ernestine preps her for a meeting with their master despite Tom’s instructions; telling her she cannot tell them anything for both their daughters’ sake. 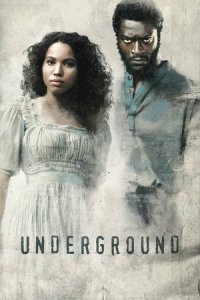 The Macon 7 go to the local merchant for help. He agrees to help them in exchange for Noah’s antique gun. They agree and tell him about the train. Rosalee, Zeke, Henry, and Boo wait outside until they are found by August. He puts his son out back to shoot the men if they come out back and after him and he will shoot through the front to flush them out. The merchant turns on them as well, realizing there is a $7K reward  August’s plan works until he is found by the slave catchers he double crossed earlier. They nearly beat him to death until his son threatens to kill them. The runaways manage to get away, and decide to split up and meet near the tracks to jump on the caboose of the train. The slave catchers go after them and corner Cato and Zeke. Cato shoots him in the leg and leaves him to fend against the catchers alone. Despite being shot multiple times and stabbed with an ax he dispatches and kills all of them! He collapses and dies before he can engage August and his son. At the plantation, Suzanna and Pearly Mae discuss their father and their roles in life bound by skin color. She offers her freedom papers for her and Boo if she tells them where the Macon 7 are heading to, and leaves her to decide. 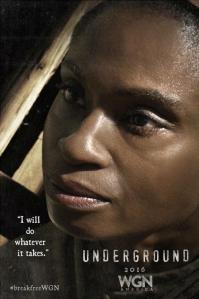 Rosalee tends to Moses’ wounds with local flora. She goes to find more helpful herbs and runs into August. He tries to fool her into believing he will help her to freedom. Her intuition tells her she is lying and she runs into the forest. August sends his son to flush her out. She manages to get back to the others as they meet to board the train. She warns them that August knows their plan. They avoid the train and decide to go another route. Cato admonishes her for being so gullible. At the plantation, Pearly Mae decides she is going to betray the others to get her and Boo’s freedom. Ernestine tells her she cannot let her do that, and as she weakens we see she has been poisoned. Ernestine tells her that Noah and Rosalee will look after her daughter and they both would do anything to protect their children. Peary Mae dies.

PREVIOUS POST
Empire- “A Rose By Any Other Name”
NEXT POST
Ciara & Ludacris to Host Billboard Awards!