Empire- “What Remains Is Bestial”

0
Empire begins Lucious monitoring the number of people subscribing to Empire Extreme. Anika enters in his office to talk to him, but soon realizes they are not alone when a woman stands up from up under his desk after giving him head! Elsewhere, Andre is released from police custody. His face is bruised from the altercation. His…
/ Hey Mikey! /

Empire begins Lucious monitoring the number of people subscribing to Empire Extreme. Anika enters in his office to talk to him, but soon realizes they are not alone when a woman stands up from up under his desk after giving him head! Elsewhere, Andre is released from police custody. His face is bruised from the altercation. His lawyer advises him not to speak with the press or get “all Black Lives Matter” on him. When a reporter asks Andre is he a thug like his parents he reacts and tells them what happened to him is exactly what happens to people across the country everyday, before he goes on he envisions seeing Ronda who tells him to speak up and tells him how none of this ever would have happened had she been there. At Empire, Cookie and Lucious go on the offensive about his case, telling him that they are going to get Thirsty to dig up dirt on the cops who arrested him. Andre angrily demands they back off and that his situation is not a racial one. He leaves angrily, and Lucious tells Cookie he is headed for a world of trouble.

Lucious tells Cookie he needs new music to stream on Empire Extreme, and offers cars to the five artists who can accomplish it by week’s end. He even threatens to release Jamal’s Black & White album if need be. Jamal goes to a meeting for people suffering from PTSD. However, he does not find the help he needs when one of the other group members dismiss his pain due to his celebrity status. Outside, the instructor offers to help him and gives him a number to call if he needs help kicking his pain pills. He goes to see Freeda, but his PTSD kicks in making him flee from her. That night, Tiana performs on stage at Leviticus. There, she collaborates with a new rapper, Graham, who disses Hakeem in his verses. They kiss on stage after performing, angering Hakeem. Later, Jamal tries to calm Hakeem down and make him realize Tiana is no longer his girl. Lucious, however, encourages him to get into the studio and make a diss record against the new couple. Jamal wants no part of it. Later, Hakeem records a track with Shine and tries to enlist Nessa’s help. When she refuses Shine chokes her much to Hakeem’s dismay. He tells his father about the incident, but Lucious tells him he needs a female’s vocals for the song’s hook and that he wants a real Lyon raising Bella. 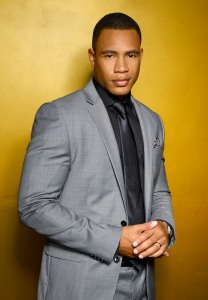 At Andre’s hearing, Jamal and Hakeem come to show support, however things go awry when he realizes the charges against him have been trumped up by the police. His lawyer is no help, telling him they can plea out. Lucious picks them up and takes them to their old neighbor. There, he tells them he has spoiled them and they do not know they are Black. Andre demands he open the door to the van and let him out. He leaves angrily with Jamal in tow. Hakeem, however, stays and tells his father he is going to prove him wrong with his new song. At the studio Hakeem records the song using old vocals from Tiana! Elsewhere, Cookie brings Jamal to meet Kitty (Mariah Carey), a famous singer who wants to do a duet with him exclusively for Empire Extreme. Jamal is hesitant, but Cookie warns him that his career is suffering and that if he does not his father will release the Black and White Album. Jamal gathers the courage to rehearse with her. 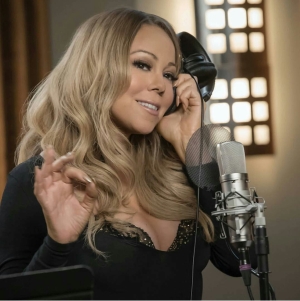 Cookie goes to meet with Angelo and finds him angry at her for signing one of the kids in his program. He feels the boy is meant to be more than a rapper. Cookie feels it is Lucious’ doing and promises to put a stop to it. At the studio, Kitty and Jamal prepare to record but he gets cold feet. He pops a few pain pills and then finally records the song even though everyone knows he is high. Lucious still releases half of The Black & White Album. Leah calls Lucious and tells him Anika is in his office at home. Lucious arrives to find her “celebrating” Empire Extreme reaching its mark, he soon realizes however a UPS man is going down on her. He goes to get his gun! When he returns Anika makes it clear if he does not allow her to do what she wants then she will ensure their destruction is mutual! Later, Cookie interrupts Lucious’ signing Angelo’s student. She tells him to go to college and afterwards if he still wants to rap she promises his deal will be there for him. Lucious becomes angry with her and tells her that their current working relationship no longer works for him. She reminds him the Board is on her side. Lucious promises war to get his company back. Tariq confronts Andre as he walks down the street, revealing he got the cops to trump up his charges. He tells him he can make it all go away if he squeals on his father. Andre refuses, realizing he will have to be more dangerous to accomplish his victories.

DON'T MISS THIS ONE: “Fear Not!” Iyanla Vanzant’s Newest Show Empowers A World On Pause

PREVIOUS POST
A Match Made in “Fashion” Heaven! JustFab Announces Collaboration w/ Betches!
NEXT POST
The Cast Of Cutting It In Atl Covers The Love My Body Issue