Entertainment and Knowledge with Nick Smoot

0
Man Behind the Script A small town makes a big name. Being in the entertainment industry is not as easy as some would think and it takes some real “know how” to maneuver through the entertainment world. Some say it’s all about WHO you know and not WHAT you know, but maybe the “WHO” is... / READ MORE /
/ Mo Clark-Brewster /

Man Behind the Script

A small town makes a big name. Being in the entertainment industry is not as easy as some would think and it takes some real “know how” to maneuver through the entertainment world. Some say it’s all about WHO you know and not WHAT you know, but maybe the “WHO” is larger than life. Nicholas “Nick” Smoot, originally from Ohio knows this all too well and he is ready to drop knowledge. Smoot sits down with Kontrol and let’s us get to know the man behind the script and get real personal and upfront about acting and the industry.  Of course, you know he provided the inside scoop on what it’s like to work with Tyler Perry as well. 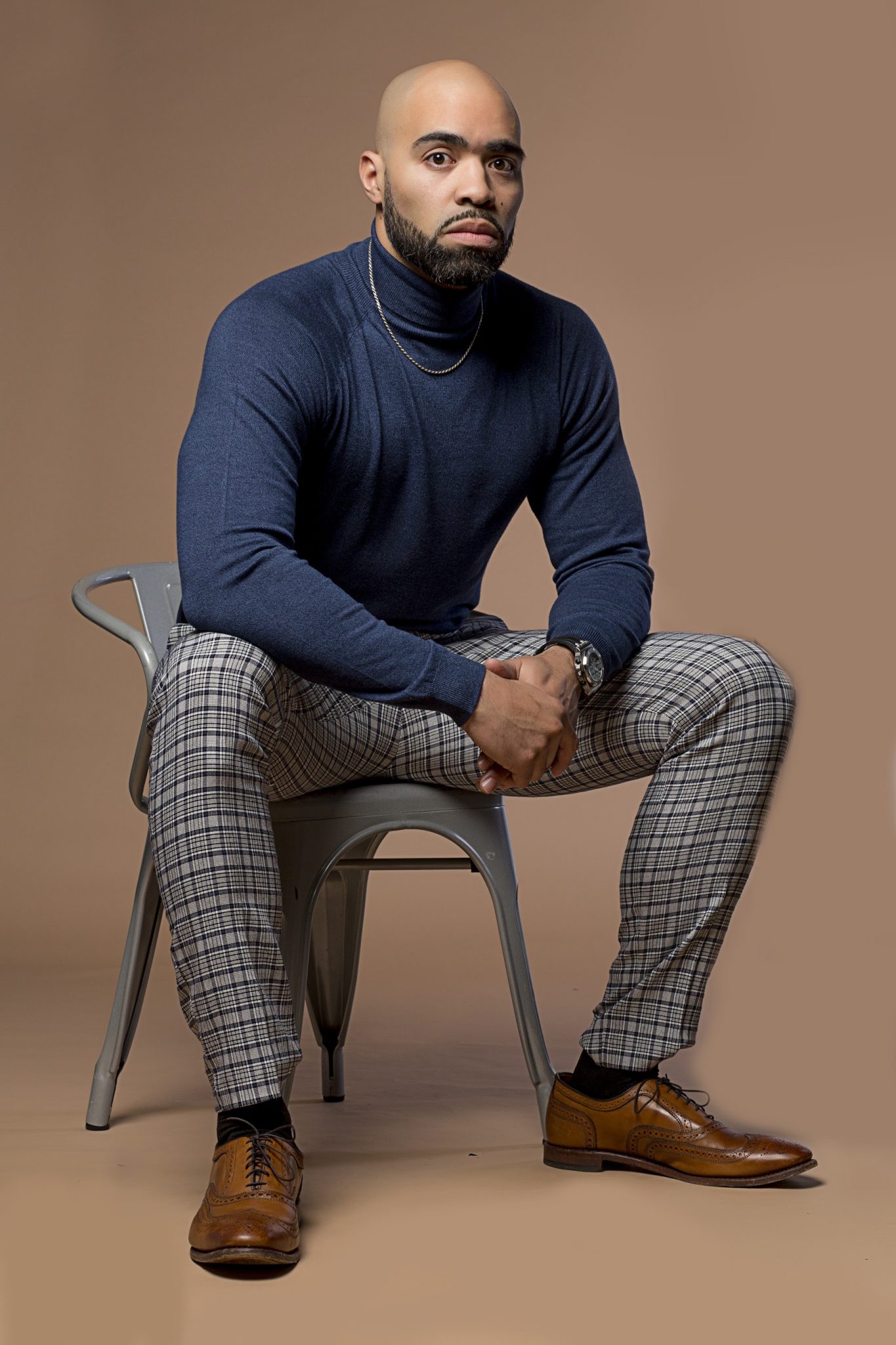 When Nick was growing up in Ohio, he had a love for sports. When he decided to attend St. Augustine’s for college, he decided that he wanted to major in communications. Shortly after mainintaing his degree, he went in to that field and did radio briefly. Even though it was in his field and what he had went to school for, he realizes he didn’t like it and there was still something missing. Something else was calling Nick Smoot to be great.

With 18 years of acting experience under his belt, Nick decided maybe this was his missing piece. Nick watched a lot of Tyler Perry’s work and was intrigued at how Mr. Perry would give a pep talk at the end of his stage plays encouraging people to step out on faith and go for it. One day while doing some behind the scenes work on set with Tyler Perry; Nick was given the opportunity to do an on the spot audition for Mr. Perry. “That was nothing but GOD, it was faith. I mean Mr. Perry is one of the hardest working men that I know. He literally was changing characters, running a drone and directing at the same time”, Smoot recalls. So when asked to do an impromptu audition, he gave it what he had, and it all went from there.

As if that weren’t enough, Nick simply gets inspired by the ability to bring these characters to life. “I got to work with Dewayne “Rock” Johnson and that was amazing. Just watching him work and to be a part of that was amazing, and I learned a lot”, says Nick. When it comes to modeling yourself where work ethic is concerned, he’s definitely been watching some talented people. 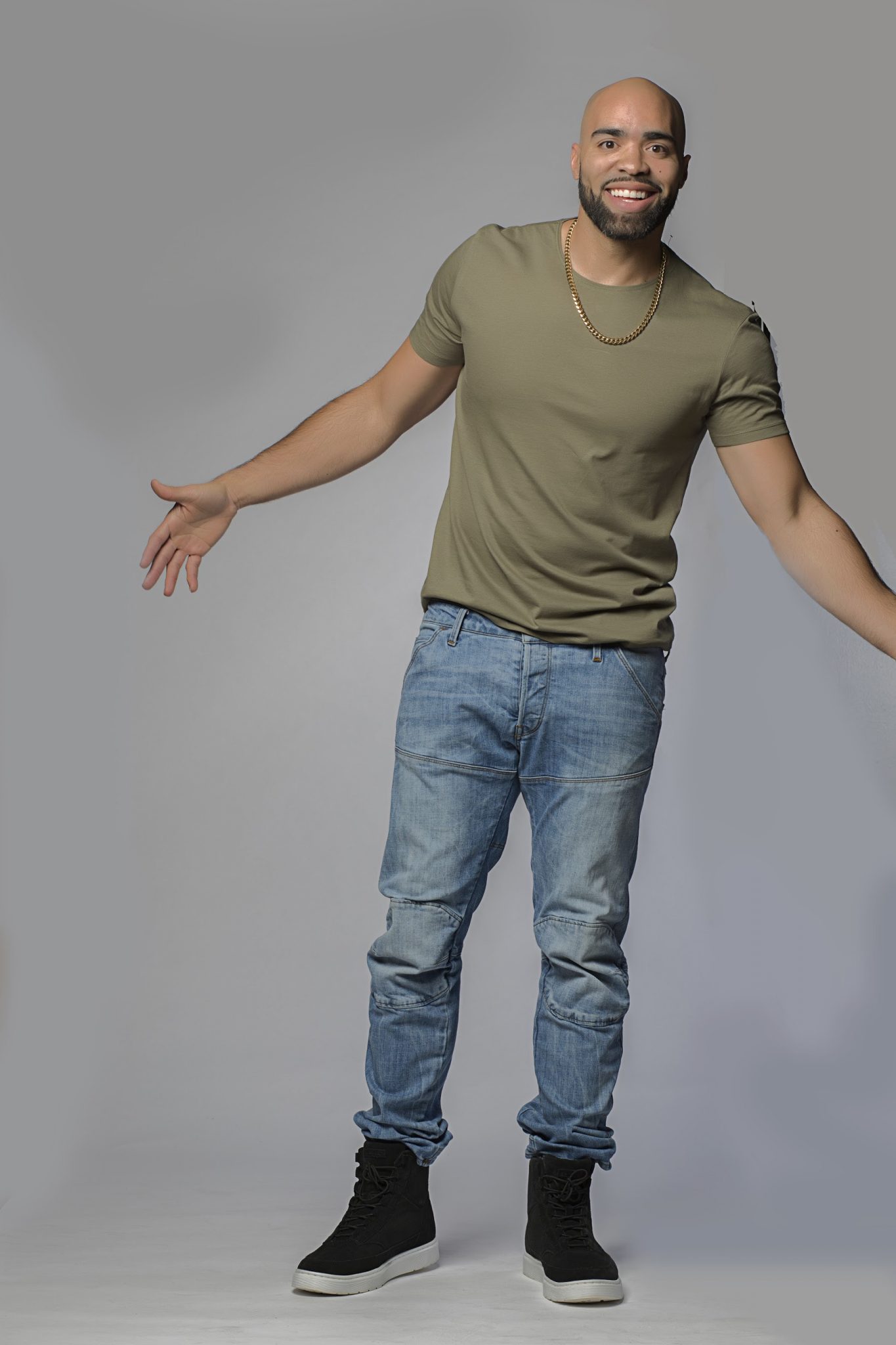 Nick walking in is purpose.

Nick’s previous experiences includes work on the stage play, “Scared Black” as well as a series on OWN entitled, “Love Is”. Not only does Nick have experience in front of the camera, he’s always done behind the scenes work as well. But it doesn’t stop there. This guy is still working and out here trying to secure the bag even more. “I’m actually going to be starting on a pilot. They don’t really want us to say too much about it. I’ll be portraying a boxer. I really don’t want to talk about it too much because I don’t want to be on the outside looking in”, Nick hints about his upcoming projects.

When it comes to people that he would like to work with in the future, he’s indicated that he would love to work sort none other than, The GOAT, the legend, Denzel. Denzel has demonstrated so much range in his acting. Smoot has been a fan and has seen everything from “Glory” to “Training Day”, in which Washington portrayed a crooked cop breaking in a rookie.

Although some seem to think that these things happen over night, for some it does but for others they have to put in a lot of work. According to Nick, there are a few cardinal rules to remember in this industry:

Trust yourself. Take that leap. If something is on your mind and you keep thinking about it, do it. You have to walk in your passion. Put yourself in the right direction and plant your seeds. In this industry, you have to have some thick skin” and “Basically roll with punches

Being authentic is a factor that makes Nick stand out and he can give these characters the good, the bad and the ugly which he indicates are traits of growing up in Ohio.

Since he’s played a ton of roles already, be on the look out because he did share that he wants to be the next “Magic Mike”, teasing that this would be a great role for him to play. These roles would be fun, but require him to prep. When it comes to how he prepares for a big role, “I study once I get my script. I stay prepared. I know my lines and just being able to take direction”. His advice, stay ready.

PREVIOUS POST
Love and Marriage Huntsville Cast Interview
NEXT POST
How to live up the luxury life in Malibu?