WWE SuperStar Trinity Fatu Talks Exclusively About Total Divas, The Era of The Funkadactyl & Her Glow Up

7
Most children that are fans of wrestling  wish to one day go to WrestleMania let alone participated as a WWE SuperStar.   Even our young girls couldn’t always grasp the idea of believing they too could ever change the game of wrestling let alone become real Total Diva OG. One original OG WWE SuperStar Trinity Fatu... / READ MORE /
/ Ashley Nicole /

Most children that are fans of wrestling  wish to one day go to WrestleMania let alone participated as a WWE SuperStar.   Even our young girls couldn’t always grasp the idea of believing they too could ever change the game of wrestling let alone become real Total Diva OG. One original OG WWE SuperStar Trinity Fatu best known as Naomi broke down any and many barriers that came her way to reaching “The Glow” she currently exudes to the world.

“At 21 I saw my first live wrestling show, I was in awe when I saw the women perform and knew in that moment it was something I wanted to do and could do”. 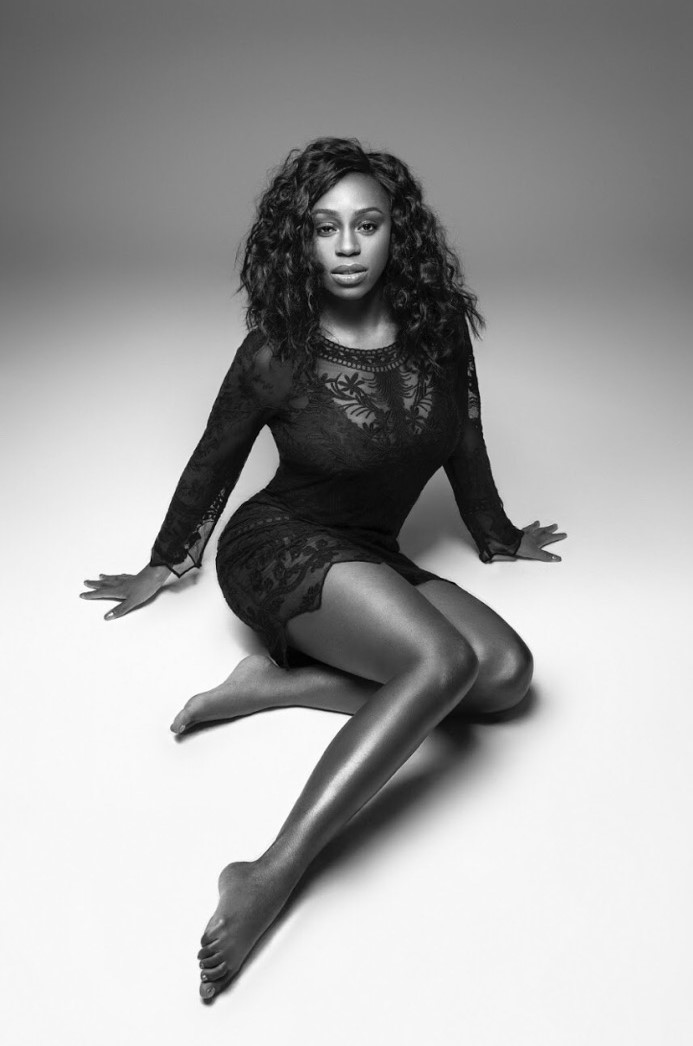 In celebration of Black History Month, ironically February marks the second anniversary since Trinity took home the title as WWE SuperStar x2 women’s champ during Smack Down`s women’s championship at the elimination chamber event, which made her the first African American women to ever capture the title. Glow Up much?
“I felt relieved, honored, overwhelmed with joy and so appreciative of my journey to get to that point because it prepared me and I was ready. From the first day, I got signed to WWE, being the champion was always my number one goal and after years of consistent hard work both mentally and physically, ups and downs I was finally in that moment I had dreamt and thought about so much! I remember thinking to myself as I raised the title up over my head for the first time and the fans were chanting “you deserve it” …it was all worth it! The only other time I’ve cried that many years of joy was on my wedding day (She Laughs)”.  That title changed me today because it gave me and our fans the validation I needed as a performer and strong competitor in our division”.

Since we are on the topic of “The Glow up” real fans like myself, know “The Glow” and see the power of “The Glow” in her drip from her style, to gear and hair. Majority of the times when Trinity is in character as Naomi she is literally glowing & kicking ass. “I took inspiration from one of my favorite movies The Last Dragon, along with my own personal thoughts and ideas. The Glow is a metaphor for confidence and positivity that I also showcase visually.”

” The Glow is something I truly live by and believe in”. 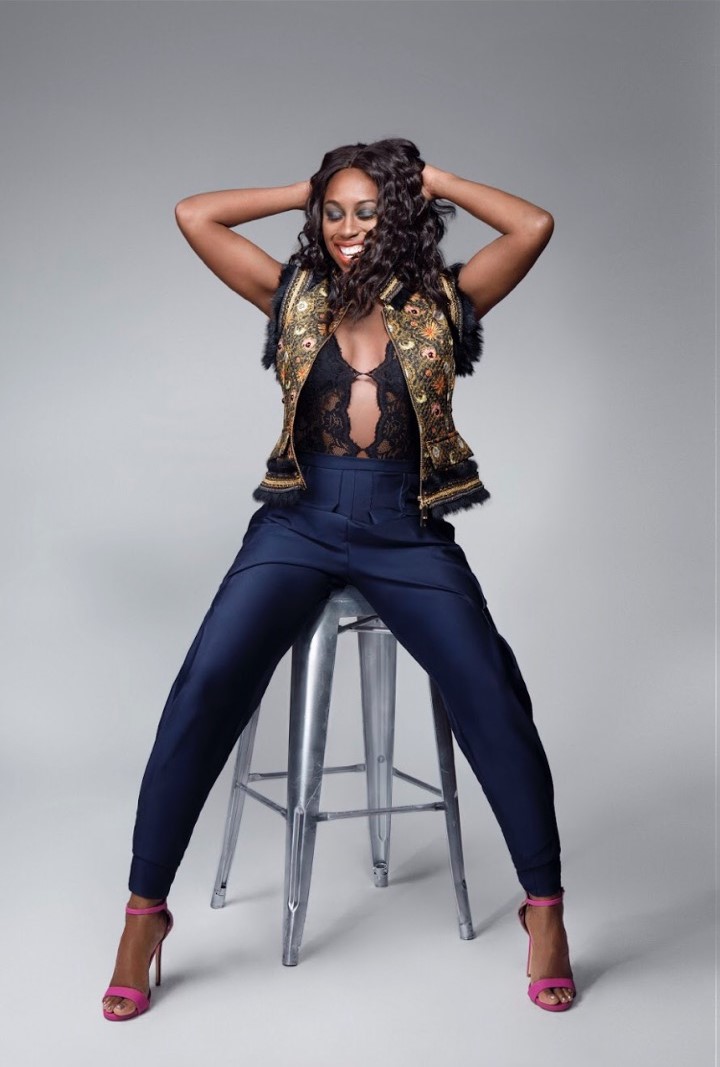 But let’s be for real , outside of her flavor,  sis is FIT and genuinely talented.  She has the best tricks and stunts,  she makes her killer moves look easy when we all see on total divas it takes hard work and dedication 24/7. “I always take care of my mind first because the body follows and keep stress down. I train weekly with my husband who makes it really fun and easy to do.  I try my best to eat healthily and in moderation although I have a mean sweet tooth (She Laughs)”.

Total Diva fans are the true definition of a ride or die. We see them working during the week in character as wrestlers than we get an exclusive look into their personal lives and behind the scenes work life. We watched all the highs and lows since season one like major breakups, pregnancies, make or break physical injuries, wedding, and cat fights. However, we also watch them grow into beautiful, intelligent women through all the ruff exterior. “It’s simple because we are a sisterhood. We travel and work with each other about 300 days out of the year.  We are each others’ family away from our actual family.  We share good days together and bad, but we got each others back. When it’s show time no matter what differences are put to the side and we come together to put on the best show possible because we are all professionals. Our love and passion for what we do always override any issues”.

Trinity has always seemed to be an open book with her bubble energetic personality since season one with her Funkadactyl sister Ariane. They let us in on everything even when they had their disagreements and of course makeups but since the era came to an end of the Funkadactyl,  Naomi came into her own on a whole different level. “I was a singles competitor for a few years before Ariane and I became a team so transitioning back to that wasn’t difficult at all. The hard part was not being with Ariane because we became and still are really close (she’s like a sister to me).  I loved being a funkadactyl and was looking forward to us evolving together.  But I have hope we’ll be in the ring together again one day.  I know fans would liiiiive for that  (She Laughs)”. 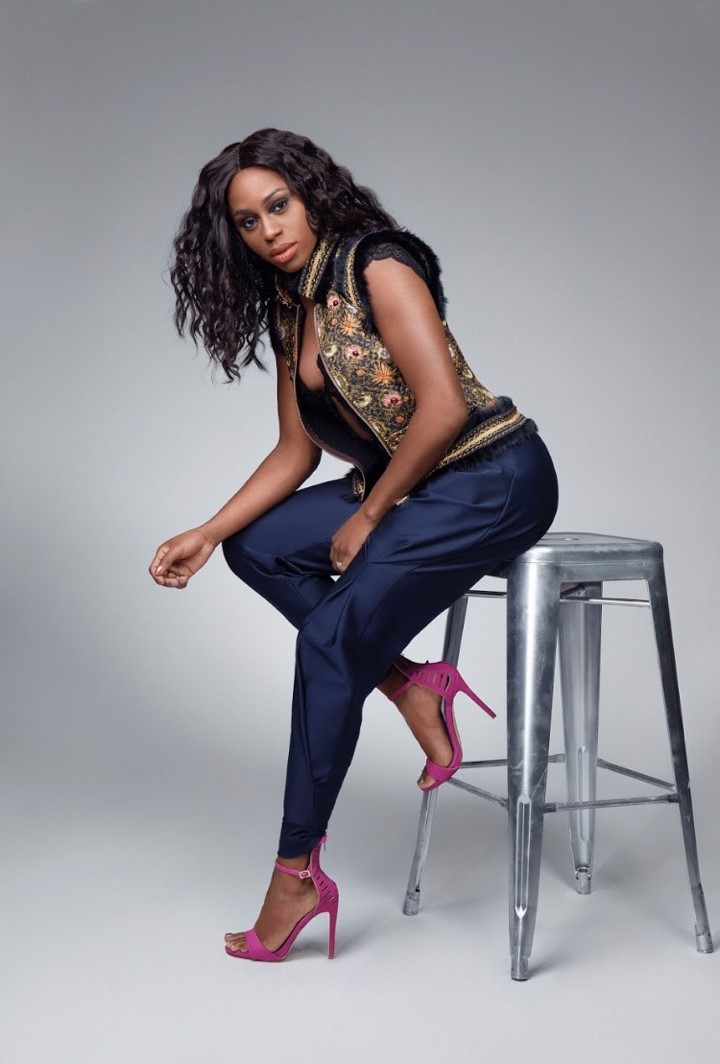 Season 8 of Total Divas, things got pretty personal when it came to her marriage. Jon & Trinity showed the trail & tribulations of building their marriage especially discussing their family dynamics on television. They didn’t  hold back on the tougher conversation of really showing us when Trinity lost her wedding ring or building up the courage to have an awkward conversation with her husband to consider getting an apartment in ATL. “It is very difficult at times, but I’m happy we get to share our story and literally watch ourselves grow and learn together.  I like to think that our children and grandchildren years from now will watch us back, be proud and get a kick out of it (She Laughs)”.

Even though season 8 has come to an end, the grind never stops and the agenda to push the women’s division is always a priority. “Season 9 hasn’t started yet but you can expect to see a lot of new and exciting things happening in our women’s division, one being getting women’s tag team titles for the first time ever in history.  Jon and I are trying new things professionally and personally”.

She maybe nice in the ring  but Trinity is also a true triple threat singer, dancer & actress. “You’ll definitely be getting more music/videos that’s a big goal of my this year, and after doing Battleground I realized how much I enjoyed acting, the challenge, the process so I’ll be pursuing that’s as well but wrestling will remain number one”. While wrestling is her number one passion, it’s safe to say that the Naomi era is far from over in the ring.  Trinity shared she got her eye on the prize to get the opportunity to show out one day in the TLC match & Hell in the Cell.  Look out for those future matches

“I honestly cant say for sure what 2019 has in store for me but I do know my glow up is going to be bigger and brighter than the last”. 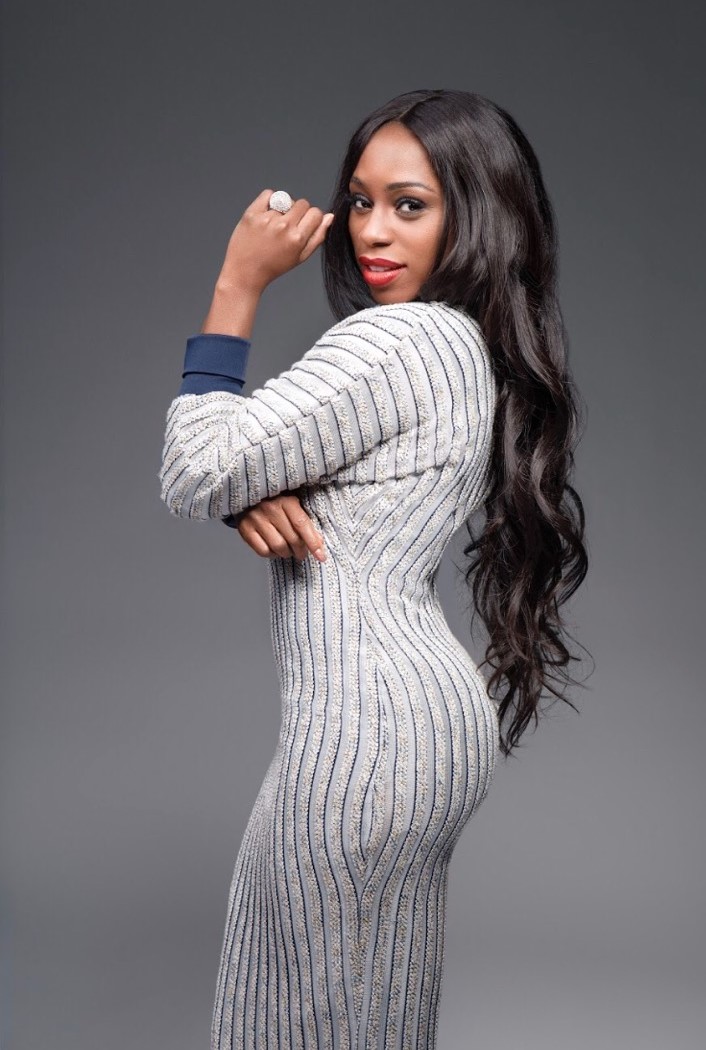 PREVIOUS POST
The American Dream: Nafisah Carter
NEXT POST
How Shrek Made Us Rethink “Happily Ever After”