0
Still 112 From “Peaches and Cream” to “You Already Know”, 112 have been a part of the R&B culture.  The group has been low key for a few years due to starting families and other life circumstances. But Mike and Slim of 112 are happy to announce that they are back and better than... / READ MORE /
/ Mo Clark-Brewster / 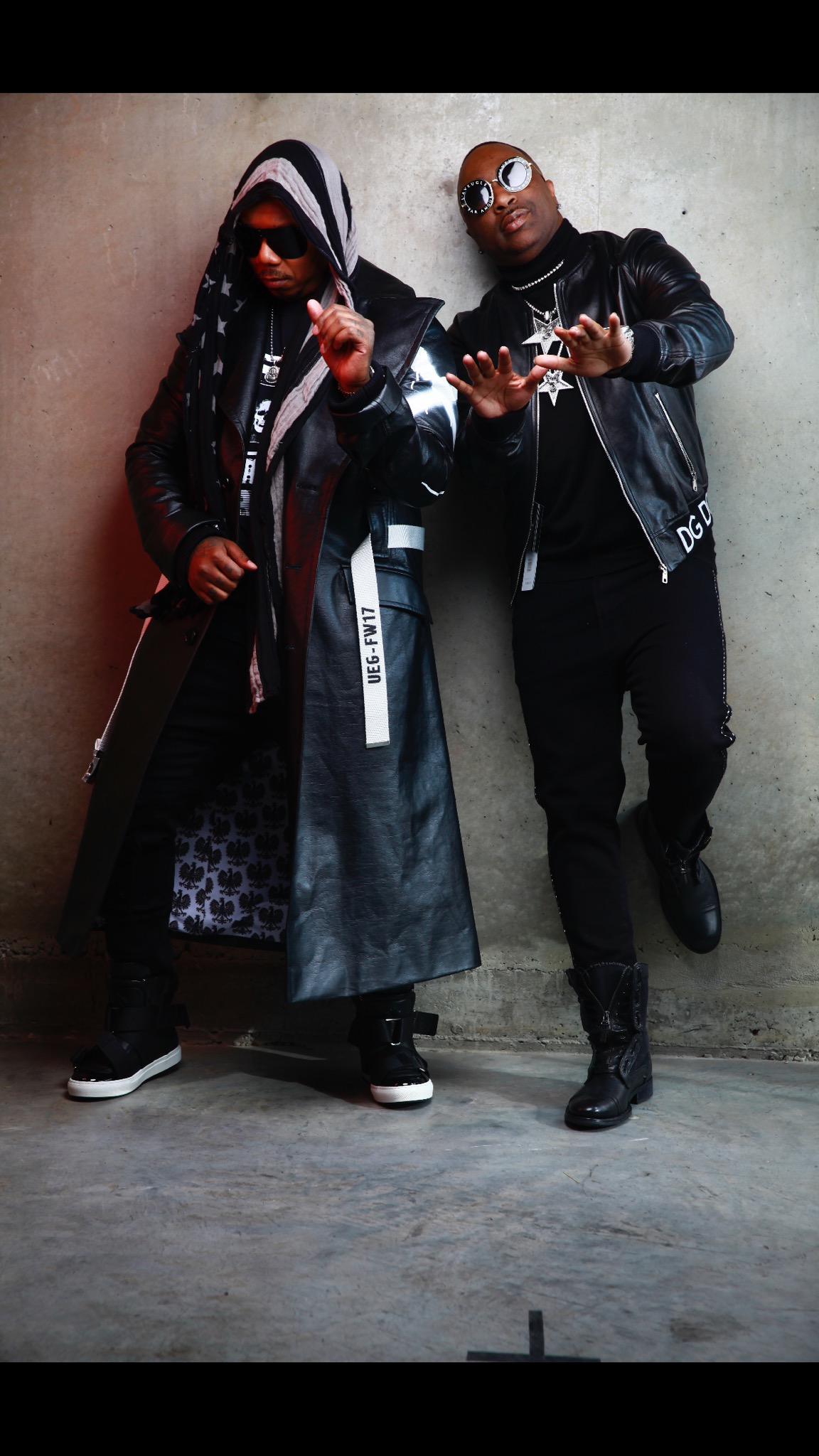 From “Peaches and Cream” to “You Already Know”, 112 have been a part of the R&B culture.  The group has been low key for a few years due to starting families and other life circumstances. But Mike and Slim of 112 are happy to announce that they are back and better than ever. What does it feel like to be back into the spotlight? What new things can we look forward to with 112? How did 112 go from a four-member group to a two-member group? Well, those are all questions that we are dying to know and Mike and Slim recently sat down with Kontrol magazine to give us the inside scoop. When you have worked with artists such as Diddy, Biggie, Fatih Evans and a host of other artists on the Bad Boy label and more, your roster is already filled with the greats. Mike and Slim aren’t finished just yet though.

“The whole movement and the theme is about our legacy. Mike and I, we are brothers, this goes back before there was even a group”

The now turned duo group talks on what it means to them to be back on that road to accomplish just that. “It feels really good to know that there is still a demand for 112. Taking off the sabbatical that we did, it just feels good to come back and to know that the fan base is still there”, Mike shares. “The whole movement and the theme is about our legacy. Mike and I, we are brothers, this goes back before there was even a group,” Slim chimes in. “We want that star the Walk of Fame. One of the groups that we look up to the most is New Edition. The one thing that we love about them is that they’ve been successful altogether. 112, in our situation, we have been responsible for selling over 27 million records. We are so grateful for that platform. In 2008, I dropped a project which everyone thought I had a deal for that but that was totally independent. Now we’re about to put out a new EP together. Our new single “Tonight”, is already in the top 20″, Slim says recently released single. “We are still trying to match our big brothers New Edition because that’s what we see as the ‘ultimate group'”, Slim reiterates.

When it comes to the pair now being a duo, Mike states that the reason as to why their former bandmates left to pursue other projects, there was no direct knowledge as to why they abruptly left. “We can only make assumptions without any direct answer to that question. As far as Slim and myself, we wanted to continue on with the 112 brand. We wanted to make sure that the world knew that it was not about any one individual. For example, Wu-Tang, Method Man had his own thing, but there was still the Wu-Tang brand. Rock and Roll hall of fame, Georgia hall of fame, whatever there is, we want to be a part of it because we put the work in”, states Mike.  “It’s cool to expand, but still know where your home is. 112 did not break up. 112 is still going. We are actually going to be on tour with Jagged Edge. There have even talks about a residency in Vegas”, Mike continues. “That’s just where we are and we wish the former members all the best”.

When it comes to artists of today deeming themselves as “The King of R&B and B”, Mike and Slim have their thoughts behind that and today’s generation. “It’s his generation”, says Mike. “It took us a minute to wrap our minds around this. Here we are singing hard. Singing songs with the subject matter. It’s not just the cool vibe that today’s songs have. Credit is to be given and not taken. For us, we are just happy that R&B is getting this type of attention that it deserves. It has gotten so bad that our genres are being combined. I was actually glad for the conversation. For his era and what he is doing, he has accomplished a lot.  This started the butterfly effect. We have the “Millennium” tour that started and other things that came of this. As a matter of fact, he can say it again”, Mike laughs. “The good thing is those artists give 112 the credit that we deserve. As a matter of fact, I am working with Tory Lanez on some projects”, shares Slim. “Now you look at the new artist and they are singing over 90’s beats”, he continued. “One of the main reasons that 112 never did the covers of other artists’ songs is because we respectedthe artists and their genres. If you go back, you’ll notice that we never remade anyone else’s song because those were moments in time for people and we respected that”, said Mike. “The great thing is they have respect”, added Slim.

“One of the main reasons that 112 never did the covers of other artists’ songs is because we respectedthe artists and their genres. If you go back, you’ll notice that we never remade anyone else’s song because those were moments in time for people and we respected that”

Years later, this duo can do some of their same routines with new moves to incorporate to fit today’s vibe. “We made a decision that we wanted to separate ourselves from the pack. We had just got off tour with New Edition and we saw the impact that they had. We watched these older dudes dance for over an hour, and we knew that we had to spend the money to invest in ourselves and our brand. We made sure that we took the time out to set us apart. We had to be entertainers and we had to find that fine line between New Edition and 112. Since then we just made it a part of our show”, Mike stated. “You cannot ignore the bar that was set. Not tooting our own horns, but you see when you put out the hard work and dedication, the mold of something great that you are creating for artists that are following”, added Slim. 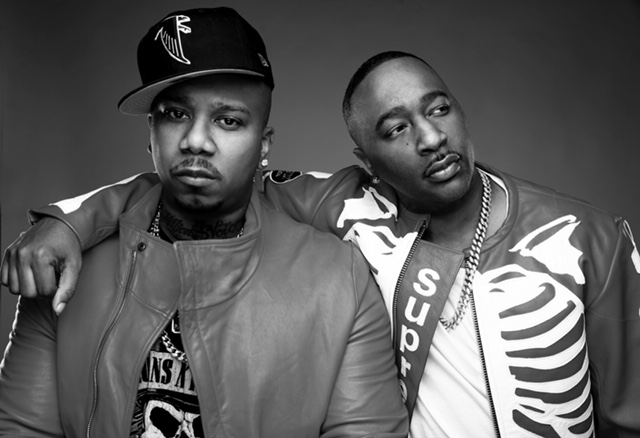 Recently the music pair set off to do a series of performances in Africa where they were able to site see and perform at 2 weddings and other venues. “This was an amazing experience. We took over.” says Slim. “The language there is mostly Swahili, but when the songs would come on, the people would know the songs word for word. You had to be there. We must have done a great job. The president of Nigeria has invited us back”, shares Slim. “These are hard-working, smiling people. I feel as though more people need to experience Africa. We need that. There is a disconnect from that part of the culture and we need that”, added Mike.

“I would rather have a small circle and know that circle is real than a gang of people”.

The new single, “Tonight” has been released and the duo now is going back on tour. “We want to solidify us as this new version on 112. We have some great writers that have come in and given us some great material. It’s time for us to let the world know that 112 has not gone anywhere. We are very excited about what is in store for us. I thought that the world would think that we were too old,” notes Mike. “We have collaborations that are about to come out. 2019 is wild and what’s even more exciting is the fact that we are not staying in our lane. Torey Lanez, Jimmy Allen, who is a country, we are about to do a collaboration with them. One thing about the brand is, people may not know your name. You put yourself in a box but when you accept the brand, you have to accept that. God doesn’t make mistakes. Even though it would be sweet for all of us to walk in a perfect line. Sometimes we have to run in a circle, just to get back to that line. God put us together for a purpose,’ Slim says. “I would rather have a small circle and know that circle is real than a gang of people. When it is all said and done, what matters is, we did it our way and we kept God first”, he concluded.

“God put us together for a purpose”.

The duo has more in store than just music. They are becoming more involved with real-estate, philanthropy and more. “If you can go inside of a hood and call a person’s name in a hood and have several people saying that he is doing good inside of the hood, that’s what I want”, Slim stated. ” Take Nipsey Hussle for example, the brand is music, but it is not about just what you do on the stage, but also what you do off the stage. We want to push our princes and princesses that no matter what it looks like now, you can do more than what you even see. Just be the best that you can be. When we are gone fifty years from now, they won’t just say we were the best singer, they will also know that we did well for our communities”, Slim ends.

Mike and Slim are going back on tour and promoting their new single, “Tonight” out now. You can follow them on their social media sites and platforms and keep up more in what they are involved indifferent communities across the country.

The Symphony of Innovation: A Chat with Kelly Hall-Tompkins

Millennial Crown Conversations’ Crew on the Power of Diversity

Factors To Be Considered When Buying A Camping Hammock
0 Comment