0
If anyone had told us a decade ago that we’d kick our cable providers to the curb for streaming, we’d never believe it. Find out why Hulu deals a winning hand. In 2018, the streaming service Hulu achieved 25 million subscribers. Hulu is one of the three leading streaming service giants, right next to Netflix... / READ MORE /
/ kontrol / 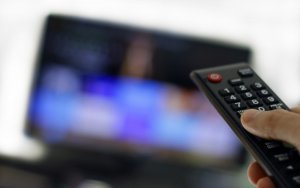 DON'T MISS THIS ONE: 6 Best Investment Opportunities in Australia for 2020

PREVIOUS POST
Considering Online Courses? Here’s What You Need to Know
NEXT POST
Making a Lifestyle Choice that Slimmer is Better

Quarantine Love Tips: How to Improve Your Relationship During the Downtime

6 ways to Create PEACE within yourself during the Covid-19

Johneri’o Scott Talks Starting Over, Love, Faith & More [Exclusive Interview]
How to Make Beats on Your Macbook Pro Like a Pro
Designer Spotlight: Shoe Designer I Am Jennifer Le.