0
Two months ago, rapper and TV personality, Jazz Anderson received an unexpected DM from one of her greatest influences, Rapsody, who cosigned the rising MC’s talent and assured her of the game’s need for her Hip-Hop charisma. Anderson, who rose to the rap scene from a viral freestyle video at the age of 15, circulating... / READ MORE /
/ Diamond Jones /

Two months ago, rapper and TV personality, Jazz Anderson received an unexpected DM from one of her greatest influences, Rapsody, who cosigned the rising MC’s talent and assured her of the game’s need for her Hip-Hop charisma.

Anderson, who rose to the rap scene from a viral freestyle video at the age of 15, circulating and creating a viral impact as she spewed bars over Kid Cudi’s co-produced hit, Day n’ Night, was no stranger to being in the limelight—but had the goal of becoming one to a lane of her own.

As the daughter of retired NBA player, Kenny Anderson, and notably seasoned TV personality and actress, Tami Roman, life was short of normal for Jazz.

The bright side was the physical and mental strength of her mother and the values of becoming a woman instilled by her grandmother, which kept her household and upbringing decently afloat. This very saving grace, during the mere absence of her father. I think I give a lot of who I am today to my grandma and my mom for making me a strong, God-fearing woman and feeling like I could do anything I put my mind to. I grew up with a really absent father. I didn’t really have a relationship with my dad growing up as a young girl, just wanting that relationship, but I always used writing as an outlet. Rather it was English class, novels, or poetry; I spent a lot of time writing because that was a positive outlet for me. My upbringing was rocky because it was like my mom was an actress, we had everything at one point, I can honestly say that. When my dad stopped paying child support, we lost everything. We moved around a lot, but looking back on it I can say it taught me both sides of the graph; dealing with financial hardships which I’m so grateful for. And I express it in my music sometimes, to be able to see both worlds.”

Anderson’s grandmother’s passing before she graduated high school was a major hit to the family. Not too long after, she would gain a much-needed light to fill that missing piece, playing Division 1 basketball for Prairie View A&M University of Texas.

Just before turning 19, Anderson would suffer from an injury, resulting in a three-month physical therapy recovery which served short patience for her team and Jazz being cut at the end of it all. “I went through a big depression for like a year because I had worked so hard to get there. A lot of times with college athletes and they can relate to this: the team is going to boost your head up, the recruiters are going to boost your head up, they’re going to make you feel like we need to have you here. Then you realize, I’m just a number to them. If I don’t perform as well if I’m not fast enough for them, I’m just a number. There’s someone just as hungry, there’s someone that can replace me. What I took from that is no matter what I do from this point forward, I have to always be the best that I can be.” 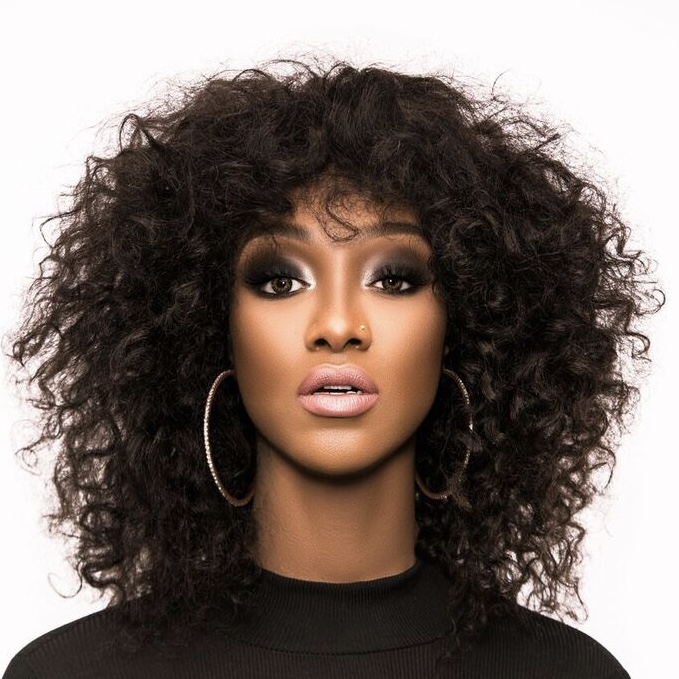 “We moved around a lot, but looking back on it I can say it taught me both sides of the graph; dealing with financial hardships which I’m so grateful for. And I express it in my music sometimes, to be able to see both worlds.”

Now it was a matter of what’s next. Deciphering between her passion for writing, once wanting to attend UCLA for filmmaking, or using that passion and inspiration she had garnished from Kanye West’s College Dropout and The Miseducation of Lauryn Hill to telling stories like J.Cole and Jay Elcecontrica.

Music was the true, underlying destiny for Anderson. However, she described her biggest obstacle was breaking out from under the shadow of her mom’s fame, by working overtime to prove herself to an audience full of preconceived notions. “They see, she’s actually dope. She’s not just putting out a video here and there and seeing what sticks. At first, that [mother being Tami Roman] was definitely the toughest thing, but at the same time, it was a pro because my mom is very respected in the game so her name does get me in a lot of rooms. I always say my talent is what keeps me in that room.”

Rooms that doors have opened a line of great opportunity for Anderson. The lyricist now has over half a million views on Youtube and a growing 100,000 listeners on Soundcloud. She’s opened up for artists like Cardi B, Monica, and Travis Scott, while also returning to her Texas roots to give back with well-respected H-Town rapper, Trae the Truth’s Hip Hop Literacy Program. Also, being a signee to Empire Distribution has allowed Jazz to deliver tracks that are making a wave in Hip-Hop and R&B such as “All I Want,” “Round the Way” “Tyson,” and “Still in Love” to name a few.

The 2019 BET Hip-Hop Awards Cypher is what Anderson accounts for being the most memorable experience of her journey so far. This would take place amid the time she began to feel uncomplacent with her music. Now, with so many eyes on Jazz, the pressure was on to be endlessly evolving and pushing better content than the last time. “I just felt I wasn’t bringing my best material. I had got uncomplacent, so I took a break. I took like a month to two-month break just to find that inspiration again because as an artist too, when you start feeling complacent you’re not really doing the same things you were doing out of hunger before. I wanted to go back to the drawing board and read more, get food for thought, find inspiration on different types of art. I’m really big on painting and classic movies. I started doing all those things again so I could put it in my music. Definitely, something I took from it is just to always put your best foot forward, never get complacent and always be hungry like you’re still trying to get the attention you’re now receiving.”

“At first, that [mother being Tami Roman] was definitely the toughest thing, but at the same time, it was a pro because my mom is very respected in the game so her name does get me in a lot of rooms. I always say my talent is what keeps me in that room.”

Periods of reconciliation are essential to Jazz’s work ethic. The February 2019 release of her first official LP, Separation Anxiety, was just that with a mixture of reflection and providing a distinction from the outsider’s TV view of her to the real Jazz, the rapper.

The 11-track EP taps in features from Lady Luck, DJ XO, and Ash Bash thriving off the theme of growth and a headstart to constructing projects in the future with songs like “Prosper.” Separation Anxiety for me was like my first step into the game because I had never put out a project. I wanted people to see I could deliver a body of work and Separation Anxiety to me was that. It was like, don’t be afraid to be able to see me as Jazz the rapper and lyricist, and Jazz on TV.  From that, I think I’ve grown a lot. When it comes to development in a sense, even though that was my first project and I think it was great, in the future for me there’s something greater. I was able to look back on that project and be like, OK, this is what I want to do. Whether it’s about the topic, whether it’s about mixes which can be so important to an artist when they put their music out. I just developed so much more when it came to my sound all-around.” 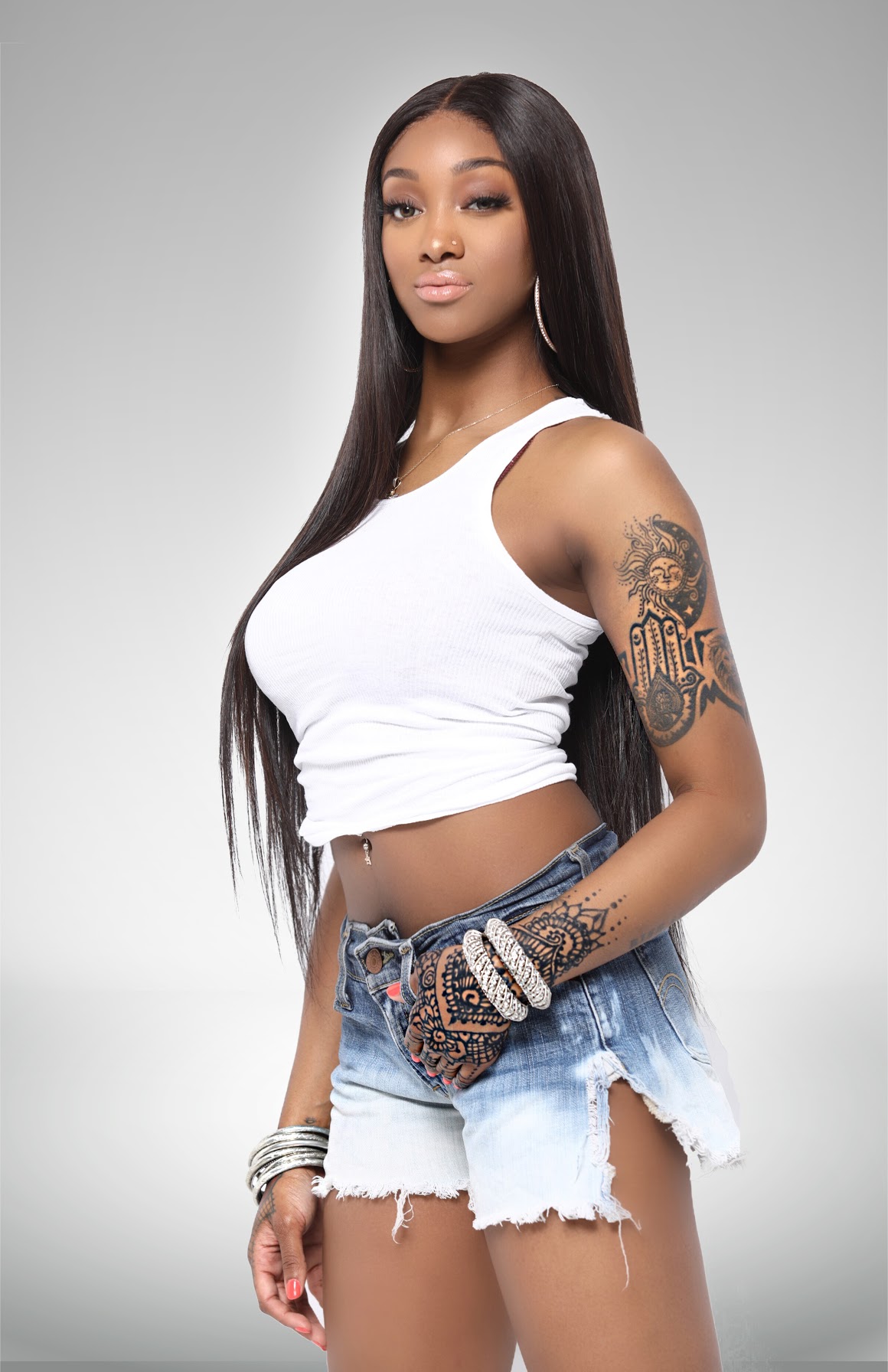 “…always put your best foot forward, never get complacent and always be hungry like you’re still trying to get the attention you’re now receiving.”

Outside of being the future of female rap, each day noting new vocabulary to include in her rhymes from the dictionary and studying the greats, Jazz Anderson is staying prayed up, protecting her energy, and painting and purchasing art on her regular day-to-day.

Her mom still takes the credit for being the strongest woman she knows, accompanied by her big sister role model, Lyric Anderson, as their bond secures tighter every day in the spirit of their late grandmother. “Growing up in that household taught me how to be a strong woman and never let adversity change or deter you. That’s a big thing with my mom and her being in the limelight at a young age. I see her go through a lot when it came to reality TV. The picture they try to paint of you, the narrative, and I can honestly say I never saw her falter any of those times from any adversity. I try to relate that to my everyday life and the music industry, you gotta have tough skin.”

Fans can be on the lookout for a new single or EP dropping soon according to the rapper. For those curious about her return to TV,  viewers will be happy to hear that Jazz will be doing so at the top of the year.

Be sure to stay updated with new music and television projects from Jazz Anderson on Instagram @jazzanderson and Twitter @ItsJazzAnderson.

The best cities for music lovers in the USA