If you’re looking to grow your business or take your career to the next level, Atlanta is the place to be. Atlanta has the second highest percentage of African-Americans with college degrees and has become the “Black Hollywood” of today. As the city continues to expand, jobs and opportunities continue to increase. So, whether you’re in the financial sector or entertainment industry, here are five reasons why Atlanta is the place for you.

Increase in Production Studio
The Georgia film industry ranks third in the nation. There are nearly 3,000 motion-picture and television industry businesses and about 1,957 other production-related companies.with the number of studios developing across the city, there are so many opportunities for professionals in Atlanta. Tyler Perry’s Atlanta-based production company has open the market for over 400 new jobs and is constantly increasing each year. Shows like Love & Hip Hop, The Real Housewives of Atlanta, and The Walking Dead, have also added to the growing film scene in Atlanta.

The Black Support Is Huge
Atlanta has a lot of Black professionals, period. Everyone in the Black community genuinely supports you and the community. There are many organizations to join such as The Urban League of Greater Atlanta, Black Bloggers United, and many more. Its well-established educational institutions also contribute to the areas strongest infrastructure for African-American advancement in the country.

Affordable Living
To be honest, as a New York Native the prices here are refreshing, but not necessarily cheaper. Atlanta being cheap is a common misconception. However, you do get your money’s worth and it’s an affordable option to start planning the rest of your life. It’s more realistic for millennials to own a house or invest because of the housing market.

Events
People assume because the pace is slower, there isn’t much going on. There’s actually a ton of events happening, if not everyday, every week. You have the opportunity to network in almost every industry and make genuine connections. Festivals are also becoming increasingly popular in Atlanta. Events like AFROPUNK, A3C, and more come to Atlanta every year.

Melting Pot
While Atlanta is pro-black, that doesn’t mean that’s all there is. Atlanta is a melting pot, you’ll meet people from all over the world ⎯ different countries and cities. I’ve been here for seven months and everyone I met is new to the city. To sum it up, you get culture and cultural exchange. What more can you ask for?

The next time you plan to relocate don’t get stuck on the glitz and glamour of New York or LA, discover what Atlanta can do for your professional and personal goals. 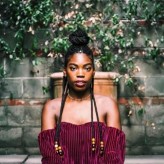 Angela Bassett and Viola Davis: The 25 Year Powerhouses of Hollywood

Move Higher: A Holistic Guide on How to Boost Your Spiritual Health

4 Tips to Having a Great Relationship With Your New Roommate

5 Fun Ways to Teach Kids About Differences in People