Batman: The Killing Joke is undoubtedly one of the greatest stories in comic book history. In it, we once again saw The Joker terrorize not only the citizens of Gotham City, but The Bat Family itself! Joker not only kidnaps Commissioner Gordon, he also shoots Barbara Gordon in the spine, paralyzing her for years to come and leaving her with PTSD. Then there is the unconfirmed, yet implied belief The Clown Prince of Crime also raped her! 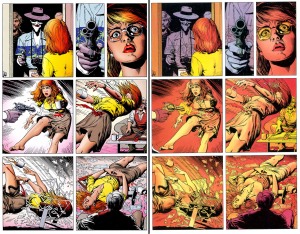 Yes the source material for DC Comics’ newest animated film is heavy and deep, but it did its comic book counterpart justice until two characters got raunchy. Superman and Supergirl may be butting heads this year, but apparently Batman and his protege/sidekick, Batgirl are getting hot and heavy! The Killing Joke has added a sex scene between the two Gotham heroes that would make the censors blush. This is definitely a shocker, especially the two have never been involved in the comics and historically it has been Dick Grayson, the first Robin, and later Nightwing, that held Batgirl’s heart.

The critics are not letting the film getting away with what they consider to be the decimation of Batgirl. 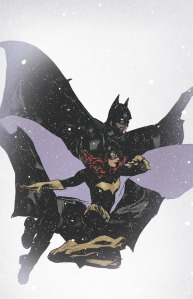 The entire criticism of adaptation centers around the Batgirl prologue – the pseudo sex scene, in particular. The prologue concentrates on her relationship with Batman, with implecations that they are romantically involved. Barbara Gordon was a young librarian who started doning the image of Batgirl to get the attention of Batman. This has been all too similar to her reason the animated series, but this time, the attention that she seeks is for love and affection.

A majority of those that have seen the film felt that the character of Batgirl and her motivations for being who she was has become shallow. In a report done by Vanity Fair, it would seem that writer Brian Azarello, who has done Wonder Woman for DC’s new 52 comic made the decision of including the said questionable scene to give Barbara Gordon a meaningful role.

According to Vox, in a Comic Con panel, Azarello argued that “The Killing Joke” is already controversial, so they decided to add more controversy to it. He wanted to show that Barbara controls the men in her life, and that she is stroger because of it. It seems as though fans think that he need not add anymore controversy as reception to what he has added has been widely panned. It also does not help Azarello’s case when he demeaned a fan who contested his decision.

There is still that rest of the film that one could still call “The Killing Joke.” Ignoring the entire controversial prologue would still leave you with a movie that explains how having “one bad day,” can change someone, and that it just takes one bad day to reduce the sanest man into lunacy.

Batgirl is one of the most famous and iconic superheroes on the planet. Adding an unnecessary sex scene between the Dark Knight and this phenomenal female crimefighter is unnecessary. Batgirl is interesting and strong enough on her own to keep her fans and audiences enthralled. After all she has been around for over forty years! Check out the controversial scene below and tell us what you think in the comments section below!