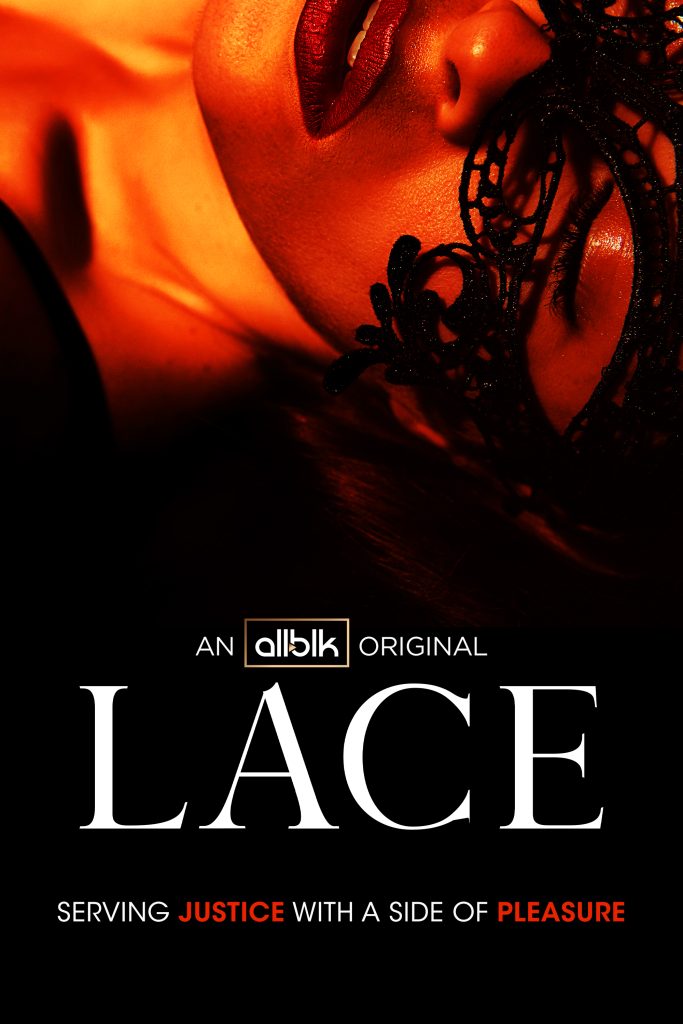 In the premiere episode of LACE, audiences are introduced to Lacey McCullough (Maryam Basir), a successful and highly connected lawyer, whose influence sometimes leads her down a very dark path. The prolific Los Angeles attorney often finds herself blurring the lines between right and wrong to protect her rich and powerful clientele. With the help of her trusted associates, Othello Charles (Skyh Black) and Britney Deveaux (Tanyell Waivers) – and the ever-efficient twins, Aaron (Antoine Harris) and Nora Tuft (Taylor Bynoe) – McCullough faces one of her most mysterious and perilous cases to date. Directed by Jamal Hill (Brotherly Love), LACE will also feature appearances from Leonard Roberts (Heroes), Kellita Smith (The Bernie Mac Show), Shanti Lowry (Bronx SIU), Chris Attoh (A House Divided), Nate Walker, and Jordan T. Johnson.

We love LACE! Honestly since “How To Get Away With Murder,” (HTGAWM) starring Viola Davis, ended we have been looking for a new, scintillating series with a strong Black female lead taking on the law. Sure, LACE, is its own story, but the elements of the series seem to portmanteau not only HTGAWM, but “Scandal” as well, with its pacing.  The series is so well written and the actors are all professionals we have seen in a number of other series.

LACE premiered Thursday, November 4th, but you can catch some exclusive clips from the upcoming episode airing tomorrow below ahead of the series’ latest episodes! Just be sure you tune in to the show and suubscribe to AllBlk by clicking here!