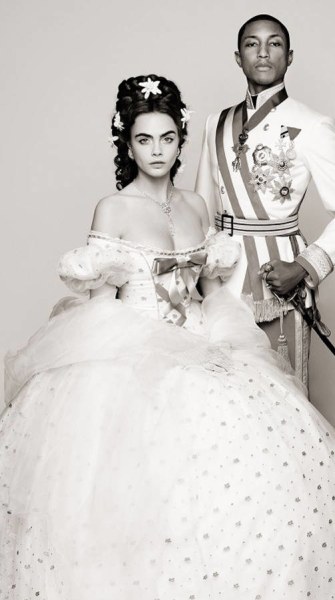 A teaser clip of Karl Lagerfeld’s short-film, Incarnation, has surfaced showing model, Cara Delevingne and rapper, singer, and producer Pharrell Williams dancing while gazing intensely into one another’s eyes.  The short-film will be shown on Wednesday, December 2 at the Paris-Salzburg 2014/15 Métiers d’art collection in Salzburg, Austria in its entirety.  Incarnation, chronicles fashion powerhouse creator, Chanel’s, inspiration behind the famous Chanel jacket while on vacation in Austria in 1954 where she runs into a hotel worker (Pharrell) wearing an elaborate jacket that eventually inspires Chanel (played by Geraldine Chaplin) to create her iconic jacket.  “It was time to show the origins of the Chanel jacket, inspired by the one worn by the lift attendant in a hotel near Salzburg in the 1950s,” says Lagerfeld. “Reincarnation is the story of a lift attendant’s jacket being reincarnated as a timeless piece of women’s wear.” (stylelist.com)

The highlight of the shortfilm is when Pharrell plays the emperor of Austria at the time, Franz Joseph I, dancing with his wife, Empress Elisabeth ‘Sisi of Austria, played by Cara as dreamed by Chanel.  Cara will have the opportunity to showcase her singing chops with Pharrell as they sing a new track entitled CC The World, written by Pharrell.

Lagerfeld spoke highly of the cast of the short-film and how they made everything possible, “None of this would have been possible without Pharrell Williams, Cara Delevingne and Geraldine Chaplin,” adds Lagerfeld. “It’s the perfect cast. Pharrell is a genius and Geraldine at her best in the role of Gabrielle Chanel in the year of her comeback.” (stylelist.com)

Check out photos and a clip of the Incarnation below. 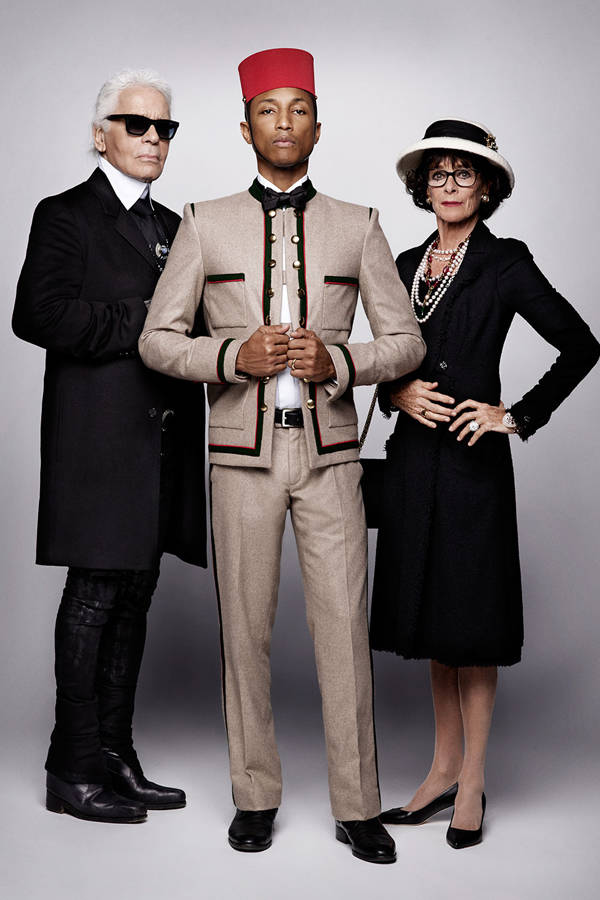 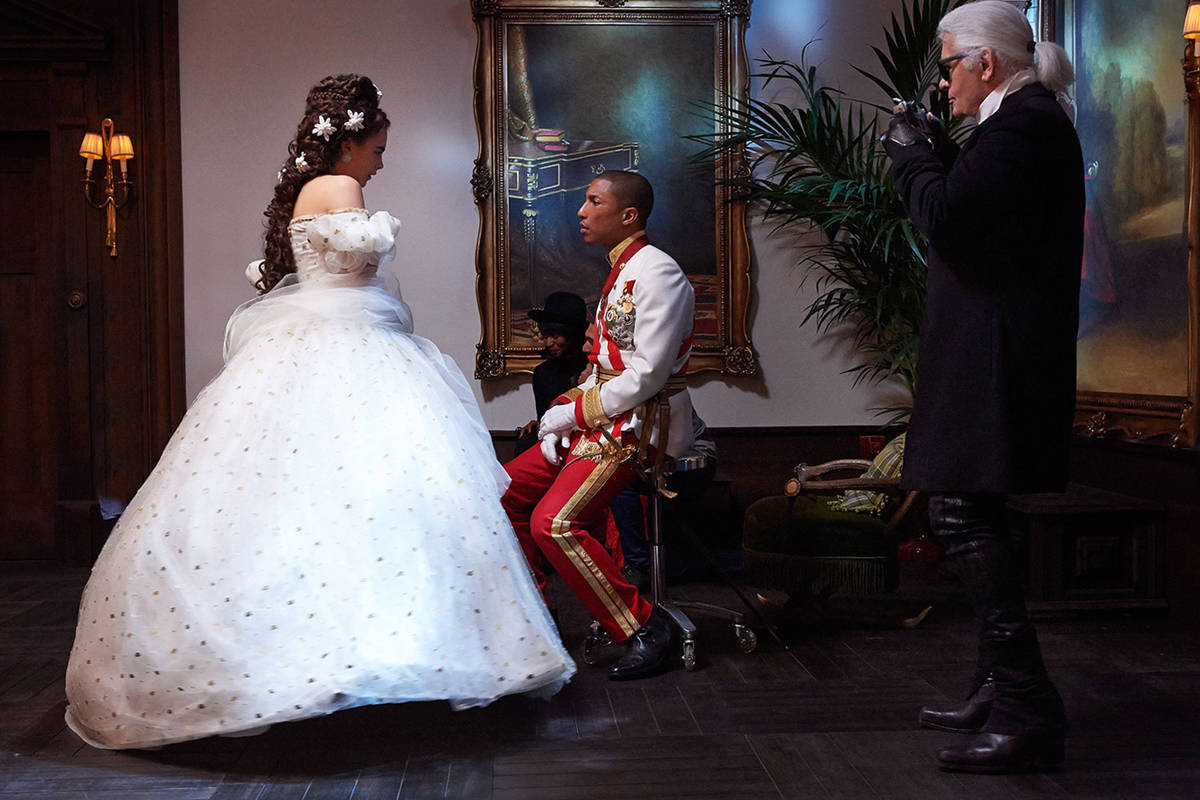