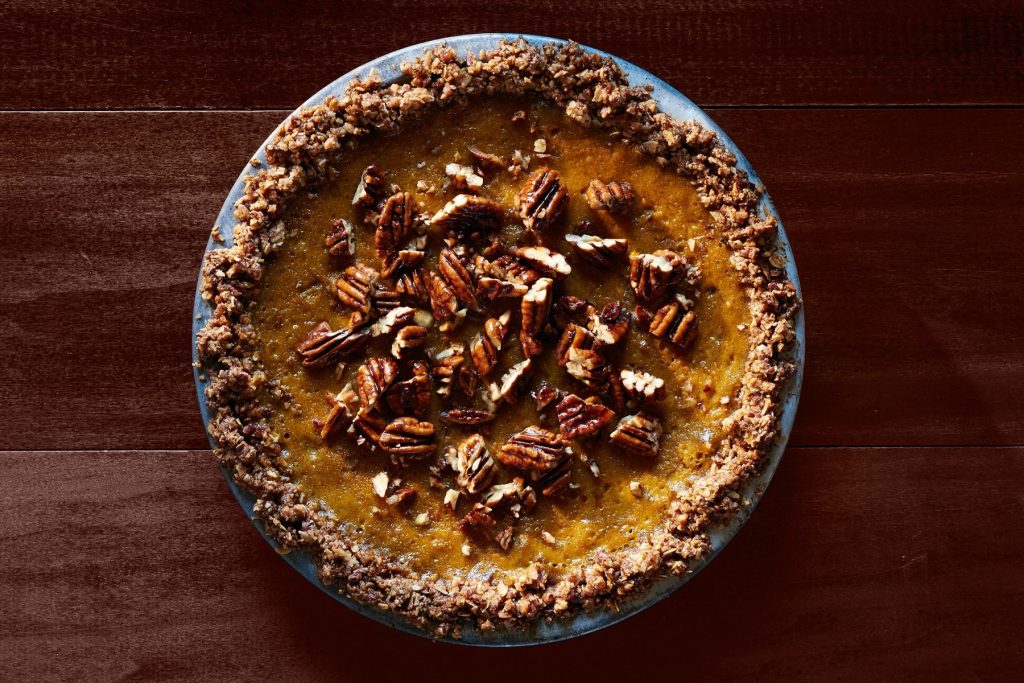 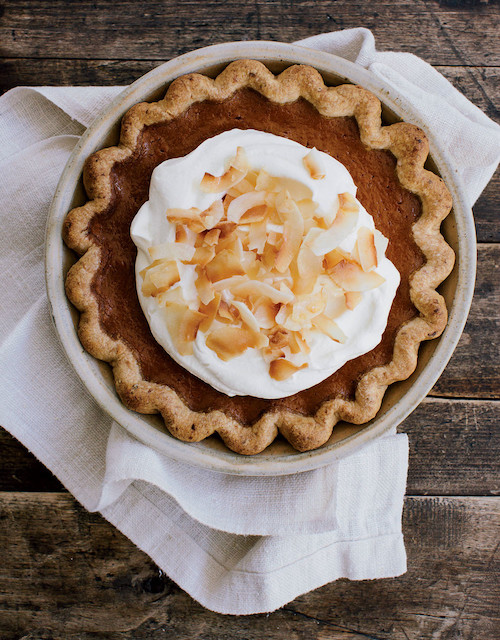 With Thanksgiving just days away I thought I would whip up this new recipe. I wanted to make pumpkin pie but I wanted to make it with a twist! I started with using a pecan crust instead of the plain old crust. You could add whatever nuts you really wanted to though. Then I also thought I would use coconut milk instead of sweetened condensed milk. These were just little changes that make this pumpkin pie burst with flavor! Are you daring enough to try this fun new recipe? Why not spice up your holidays with this flavorful pumpkin pie! 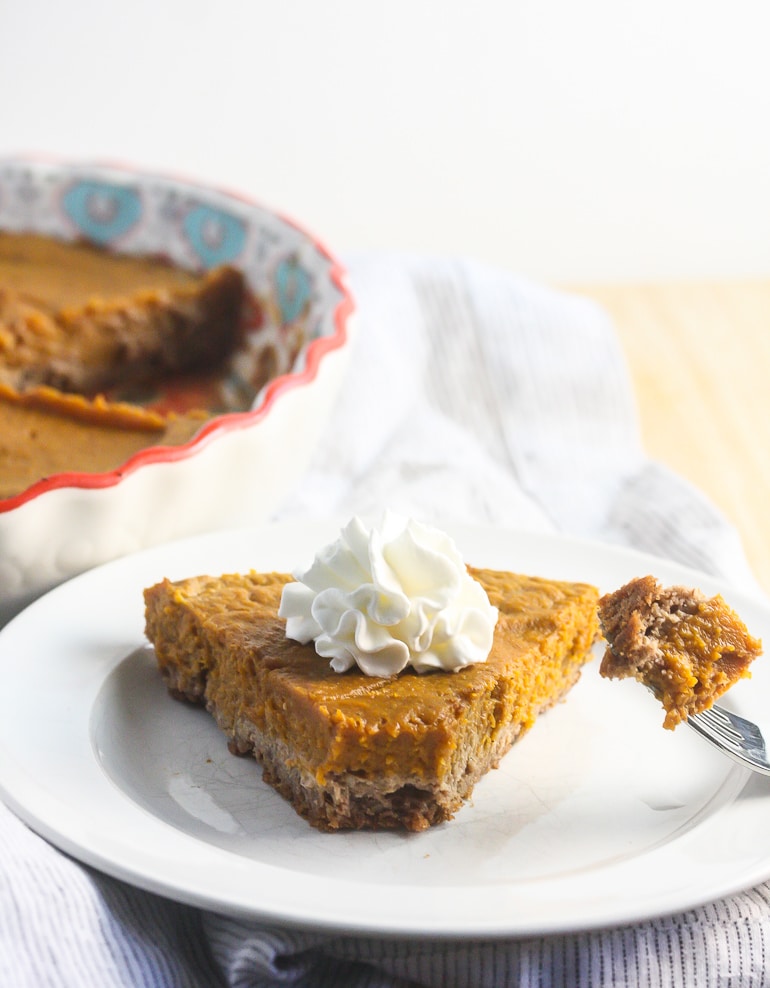 *Coconut can be added to the pie mixture if you choose. A ¼ cup to ½ cup of shredded coconut will work.

Mix all of the pie filling ingredients together in a large mixing bowl. Once the crust has baked, fill the pie pan with the pumpkin filling. Place the pie pan back in the oven for 45-55 minutes, until the middle has cooked and is firm. Place a knife in the middle of the pie. If nothing is left on the knife, the pie is done. Let cool and serve with whip cream and toasted coconut.

To toast shredded coconut…. Lay out coconut on a cookie sheet. Bake at 350° for 2-4 minutes. Check on it to make sure it doesn’t burn.

Have a wonderful Thanksgiving and as always Enjoy!