Lucious and Mimi discuss the acquisition of Swift Stream and his decision to sell off their different divisions. Lucious thanks her for her help, unaware she is recording him with camcorder pen and talking badly about his Board of Directors. Empire is abuzz with anticipation of nominations from the American Sound Awards (ASA). Lucious anticipates his artists will have countless of them. Jamal is nominated for one, “Best R&B Song,” and Becky could not be happier. At Lyon Dynasty, Hakeem tries to find a new venue for Cookie’s Cookout, but the ones he has found feels they are a security risk. Cookie apologizes to him about Laz, but hopes he and Laura will still be able to perform at the prison she was incarcerated in as a favor to Pepper for helping her find Carol. Hakeem feels it is bad timing but agrees to do it. Skye goes to see Jamal and congratulate him on his ASA nomination and feels he will win Song of The Year. He tells her they need to talk about what happened between them the night before, but notices Lucious watching them. Sky leaves to get ready for their performance at Charlemagne Tha God’s ASA party. Lucious questions his son about he and Sky’s interactions and if he “hit that.” Jamal confirms it, but tells him he is still gay and not to get any ideas. Lucious feels Skye has “fixed” him and leaves happily. 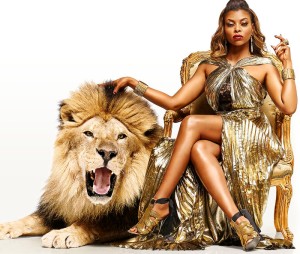 Tiana kills her performance at the ASA Party. Jamal is sure she will get tons of nominations for ASA. Cookie asks Lucious to let her use Leviticus for her cookout, but he refuses. Tiana announces the nominations for the rap category of ASA. She, Cookie, and Hakeem; watching from home, are surprised when Freda is nominated over him. Lucious declares Hakeem one the battle, but Freda is winning the war. Hakeem leaves his friends and Laura disappointed. Later, Jamal and Skye present their new song, Powerful, at the ASA Party. Afterwards, Charlemagne confronts Skye about singing a pro-Black ballad, feeling the fact that she claims her biraciality means she is choosing not to be Black. When Jamal tries to defend her, Charlemagne asks him how he thinks his fans would feel he suddenly became involved with a woman. He believes they may feel he chose to be gay as a label of convenience. Later, Skye is lambasted on Black Twitter, she feels she has done the wrong thing based on their reaction. At the release party, Jamison announces Jamal has five nominations and shows the Pepsi commercial. Afterwards he tells Lucious his plans for Jamal, but the latter reveals his involvement with Skye. 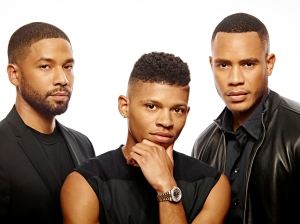 Cookie returns to her old prison to see some of her friends. There she learns, Jazzy, a phenomenal rapper and friend of hers will not be getting out. She killed her bunk mate over a tube of toothpaste. Skye performs at the ASA party again and spots Jamal talking to a guy at the bar. Lucious announces Empire’s acquisition of Swift Stream and Mimi introduces her wife, Camilla! Skye talks with Jamal about his sexuality, and accepts that he is gay and still has feelings for Michael. Later, Mimi presents her footage to The Board, requesting an emergency meeting that night to remove Lucious as CEO. Andre warns him they will need help to stop her. Camilla goes to visit Hakeem, but he is reluctant to hear her out. She tells him she is married, but it is not what he thinks and that she is ready to take him to the next level. At the prison, Hakeem finally arrives to perform wih Laura. Cookie reveals she has lost her cookout but was glad to be able to give back to the women she spent seventeen years. Hakeem and Laura kill the performance, while Andre and Thirsty try to gather allies for the vote. Andre informs Cookie of what is going on and tells her to list him or Hakeem as her proxy. She talks with Hakeem privately and tells him that Empire is their family and they must save it. 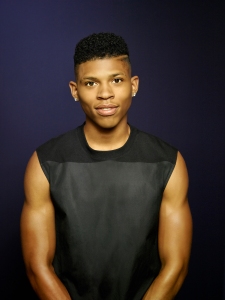 Cookie goes to visit Jazzy and offers to help her. She tells her there is nothing she can do for her. Later at the board meeting, most of the members vote to have Lucious removed. It comes down to Hakeem’s vote and he flashes back to all the times his father has mistreated him. Camilla encourages him to vote in Mimi’s favor from a distance just as Cookie arrives. He votes against his father and Mimi becomes chairman. She immediately makes Camilla her proxy while she undergoes chemotherapy for her breast cancer. Cookie spits in Camilla’s face! The Lyons, minus Hakeem, go to Lucious’ house to lick their wounds. Jamal suggests his mother have a drink, but she refuses and then hears gunshots. She races upstairs to find him shooting plates and questioning his life’s work. Cookie points out the good from the ASA nominations and tries to get him to pull it together. They embrace and Lucious tells her he wants Hakeem dead. Elsewhere, the alarm goes off at Andre and Rhonda’s new home. She goes to fix it and is pushed down the stairs by a hooded assailant! The final ASA nominations go to Jamal and Lucious, but the latter does not seem happy. Andre calls to tell Rhonda the news, but she is unconscious on the floor.

If Loving You Is Wrong- "Out Of Control"

The Star & Her “Husband-ger!” "Tamar & Vince" Return for a New Season!