2 Chainz & Partner have a ‘Different’ reason to Celebrate!

On Wednesday December 7th the doors to Escobar Restaurant & Tapas were open for full operation. The night was epic as rapper 2 Chainz and business partner Mychel “Snoop” Dillard partied away with Atlanta locals in celebration.

Grammy nominated, 2 Chainz is an Atlanta native with a massive following. He received notable success after the release of his debut album Based on a T.R.U Story which included hits like, “No Lie,” “Birthday Song,” and “I’m Different.” Business partner Mychel “Snoop” Dillard (owner of The Hookah Hideaway) is a self-proclaimed serial entrepreneur who is well respected in Atlanta’s nightlife industry. Surely this joint business venture is a dynamic combination. With 2 Chainz’ celebrity and business partner’s expertise, Escobar will soon rank the top list of Atlanta’s hottest hookah bar & lounges.

Grand opening night was nothing short of entertaining as dozens of party goers came out in support. Positive vibes and reviews were floating around with comments like “great music” and “live crowd.” One local stated, “We’ve been here since 8:30 and plan to stay until close.” While another mentioned Escobar was giving various locations on Peters Street a run for their money.

Different from similar locations on Peters Street, Escobar Atlanta is where Buckhead meets Castleberry Hills. From its interior decor to the extensive selection of cocktails, choice wine and champagne– Escobar is the new “it” spot. Why go out to dinner first and party afterwards when you can do it all at once? Escobar has an impressive menu selection of tapas and entrees. This menu includes but is not limited to seafood linguini with rosemary cream sauce, herb roasted lamb chops, grilled ribeye and lobster tails. As if this isn’t enticing enough, grab ahold of their hookah menu. From fruit and starbuzz to signature flavors, there’s enough to go around! Whether you are looking for a night of fun or an immaculate lunch date, Escobar is where you want to be!

Find out what the hype is all about. It’s certainly worth paying a visit! Escobar is located at 327 Peters Street. For hours of operation, menu selection or more details visit www.escobaratlanta.com. 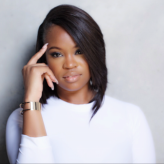 Broken beyond words- Kay Moye has managed to successfully write to win! As she wrote her way out of a pivotal dark moment, she coincidently penned her first self-help book. Kay quickly began to notice the keen beauty of her very gift. She now shares this gift with the world as the Unbroken Author writes and contributes to all things Life & Love!