Jaden and Willow Smith are definitely not your run of the mill kids. Besides being the children of Will and Jada Pinkett-Smith, these two stars have become celebrities in their own right. Willow is known for her hit songs and unique fashion; while her brother, at sixteen, already has a few hit films in his body of work. Recently, the super star siblings sat down for a rare, joint interview with The New York Times Style Magazine and gave us a rare glimpse on a few facets of their lives. 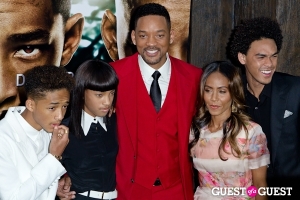 Unsurprisingly, these kids have a unique outlook on life and with their unique interests it is no wonder! The pair revealed they study quantum physics as well as read ancient texts. Even more interesting are their abstract theories and hypotheses on how they view time. Read an excerpt from their interview below:

What have you been reading?

JADEN: “The Ancient Secret of the Flower of Life” and ancient texts; things that can’t be pre-dated.

I’m curious about your experience of time. Do you feel like life is moving really quickly? Is your music one way to sort of turn it over and reflect on it?

WILLOW: I mean, time for me, I can make it go slow or fast, however I please, and that’s how I know it doesn’t exist.

JADEN: It’s proven that how time moves for you depends on where you are in the universe. It’s relative to beings and other places. But on the level of being here on earth, if you are aware in a moment, one second can last a year. And if you are unaware, your whole childhood, your whole life can pass by in six seconds. But it’s also such a thing that you can get lost in.

JADEN: Right, because you have to live. There’s a theoretical physicist inside all of our minds, and you can talk and talk, but it’s living.

WILLOW: It’s the action of it. 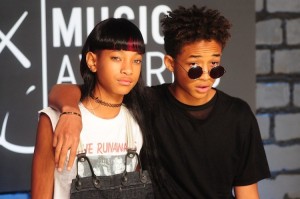 What are some of the themes that recur in your work?

WILLOW: And the feeling of being like, this is a fragment of a holographic reality that a higher consciousness made.

JADEN: [bursts into laughter] As soon as me and Willow started releasing music, that’s one thing that the whole world took away is, okay, they unlocked another step of honesty. If these guys can be honest about everything, then we can be more honest.

How have you gotten better?

JADEN: Exactly. Because your mind has a duality to it. So when one thought goes into your mind, it’s not just one thought, it has to bounce off both hemispheres of the brain. When you’re thinking about something happy, you’re thinking about something sad. When you think about an apple, you also think about the opposite of an apple. It’s a tool for understanding mathematics and things with two separate realities. But for creativity: That comes from a place of oneness. That’s not a duality consciousness. And you can’t listen to your mind in those times — it’ll tell you what you think and also what other people think.

WILLOW: And then you think about what you think, which is very dangerous.

Do you think of your new music as a continuation of your past work?

JADEN: I think Willow’s had a huge evolution.

WILLOW: I mean, “Whip My Hair” was a great thing. When I look back I think, “Wow, I did so much for young black girls and girls around the world. Telling them that they can be themselves and to not be afraid to be themselves.” And I’m doing that now but in a whole different way, coming from source energy and universal truths. People will be, like, “Oh, I’m not going to make a song about exactly how I feel, all the bad ways that I feel, and put it out in the world so everyone can judge me.” But for me, it’s a part of me, it’s my artistic journey.

Clearly, Will and Jada have raised some amazing kids! To read the full interview simply click the link below and enjoy!