How To Get Away With Murder began with a flash forward. Wes’s part in helping to cover up the murder of Annalise’s husband, Sam. It was Wes who proposed they burn his corpse and it was decided by the coin toss. The others reluctantly agree to go along with it, stopping at a gas station to purchase lighting fluid. Flash back two and a half months earlier and we see Annalise has a new client , Max St. Vincent, a hunter whose second wife has been murdered in their bedroom. Annalise presents the case to her class, telling them one of the common questions a defense attorney commonly faces is are their clients guilty? She coldly tells them she does not care. Later, she takes  her five interns to the crime scene at Max’s house. It is being preserved until after the case. There, much to the interns’ surprise he demonstrates on Connor how the jury believes he killed his wife on the bloody bed. Annalise orders them to began work on the case and come up with a proper defense involving character witnesses and an alibi.

Back at Annalise’s home/office, she questions Wes’s dedication to his new job. He assures her he wants to be there. She sends him to the police precinct to get the supplemental  case report for Max’s case without giving his name or hers. His classmates look on jealously. Wes attains the reports easily as they assume he works for the District Attorney. At his apartment, Rebecca arrives asking to use his shower. He agrees and catches a glimpse of her naked. Lila Stangard’s death has been ruled a homicide and they announced her boyfriend, Griffin as a suspect. Wes realizes he is the same guy who was in Rebecca’s apartment. He hands over the report to Annalise and finds a discrepancy, noting that the police officer on the supplemental case report is not the one in the official court documents. The original officer is under investigation for drinking, thus the knife (murder weapon) is thrown out. Their next step is to discredit Max’s wife’s friend. Michaela cannot find anything on her, but Connor uses Oliver to hack into the woman’s computer. Connor agrees to go to take him to dinner that Wednesday for his help. They then discredit the witness by digging through his trash and finding out he was at a strip club the night in question and therefore did not see Max at home. After court Nate warns Annalise not to keep embarassing cops on the stand. He ends things with her for selling him out and warns her if she calls him again he will tell her husband about their affair.

Flashing forward, Wes calls someone while at the convenient store purchasing lighting fluid. He promises to protect they will protect her. Annalise goes through Sam’s phone and finds messages from Lila, indicating they were friendly with one another. Since he has had an affair with a student before she begins to believe he was involved with her or killed her. Back at his apartment building, Wes warns Rebecca not to speak to the police if they ever question her. Back at the office Bonnie admonishes Laurel for wondering why she is there and should be figuring out how to stand out. The next day, the interns and staff are introduced to Max’s daughter, Eloise. They prep her for questions on the stand. In court she testifies on her father’s behalf. Things change when she learns how his first wife, her birth mother really died. She had been insted stabbed instead of dying in a car accident as originally believed and changed both he and his daughter’s name. It is insenuated Max did it.  Annalise admonishes Max for lying and gets the interns on the job to finding a new defense. Sam and Annalise argue about Lila, but he promises her he had nothing to do with her death.

They return to the crime scene where Laurel tells them Max is a hunter so he knows how to properly kill. They build a new defense around it and bring in to confirm that the true killer was a novice. Wes then realizes it was Eloise who killed Max’s wife in revenge for him killing her birth mother. She learned the real truth when she visited the place of her birth mother’s death in Switzerland! Max confesses to the first murder, but is acquitted of the second. He promises Annalise he will deal with Eloise…and may need her to defend him again in case he kills her…Wes arrives home to find Rebecca being arrested for Lila’s muder and realizes she has left something in his bathroom–a locked phone. Annalise enlists Nate’s help in disproving or proving Sam’s involvement in Lila’s murder. Connor and Oliver hook up again, this time Oliver takes the lead. 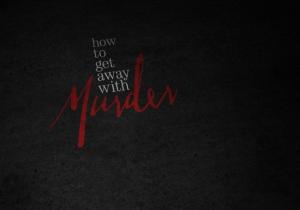