You are officially hearing it first! According to sources close to the Grammys, five of the planet’s biggest artist will be taking the stage (among many) to make this year’s Grammy Awards the show to watch! First we have Beyonce! Yep, the bringer of Formation  has been offered the ninth slot in the show’s line up to further enamor the masses with her vocals, body, and bold lyrics. There is no news yet about what she will be performing, but this past weekend was definitely stamped by her with the release of a video and single for Formation. The song was a hit at last night’s Halftime Show, so maybe it will make waves with The Grammys too! Next, Rihanna and Drake are putting in that “Work,” by collaborating on stage. This will be huge marking their first time on stage together since her past hit single, What’s My Name?  Drizzy and Ri-Ri seem to be doing a lot together, lately, we are just wondering how risque the performance will be with the latter involved!

Finally, but certainly no less exciting, The Weeknd will be bringing his amazing songs and vocals to the stage for a stellar performance, no doubt. Even more exciting, however, is that R&B legend, Lauryn Hill will be joining him on stage! Now we do not know what they will be performing together, but all we know is this is going to be amazing. The Weeknd is one of the biggest and beloved artists out right now and has taken R&B to new heights. Lauryn is definitely part of the brick and mortar that revamped the genre with her amazing album The Miseducation of Lauryn Hill. With all this Grammys tea spilled you just know we have to watch it! You can catch The Grammys Monday, February 15th. Check your local listings for showtimes and the channel! 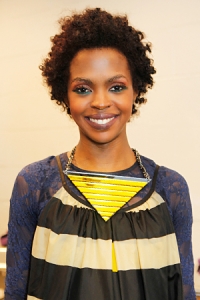