AllBlk continues to push the envelope with new, exciting, and breathtaking series.

Their newest series, “Covenant,” stands uniquely as not only an anthology series, but one that retells biblical stories against the backdrop of the Twenty-First Century.

“Covenant” premiered on October 1st, and airs weekly on Thursdays, exclusively on AllBlk. Kontrol’s Executive Editor, Michael Jonvier, was able to interview the stars of the series, Kaye Singleton, who is also the series’ creator, and Duane Finley, who plays “Lakeith,” a main, mysterious,  and recurring character in the series, despite its anthology format. 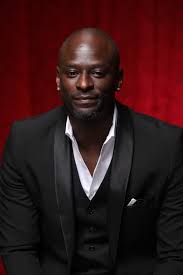 Both actors found themselves drawn to series because of its aforementioned premise, feeling it makes the stories from The Bible–as old as time itself–relatable to young people living today. This is quite a feat, as studies show the latest generations of Americans describe themselves as agnostic or non-spiritual.

Check out our full interview with these amazing actors below.

Be sure to subscribe to the all AllBlk network by clicking here.