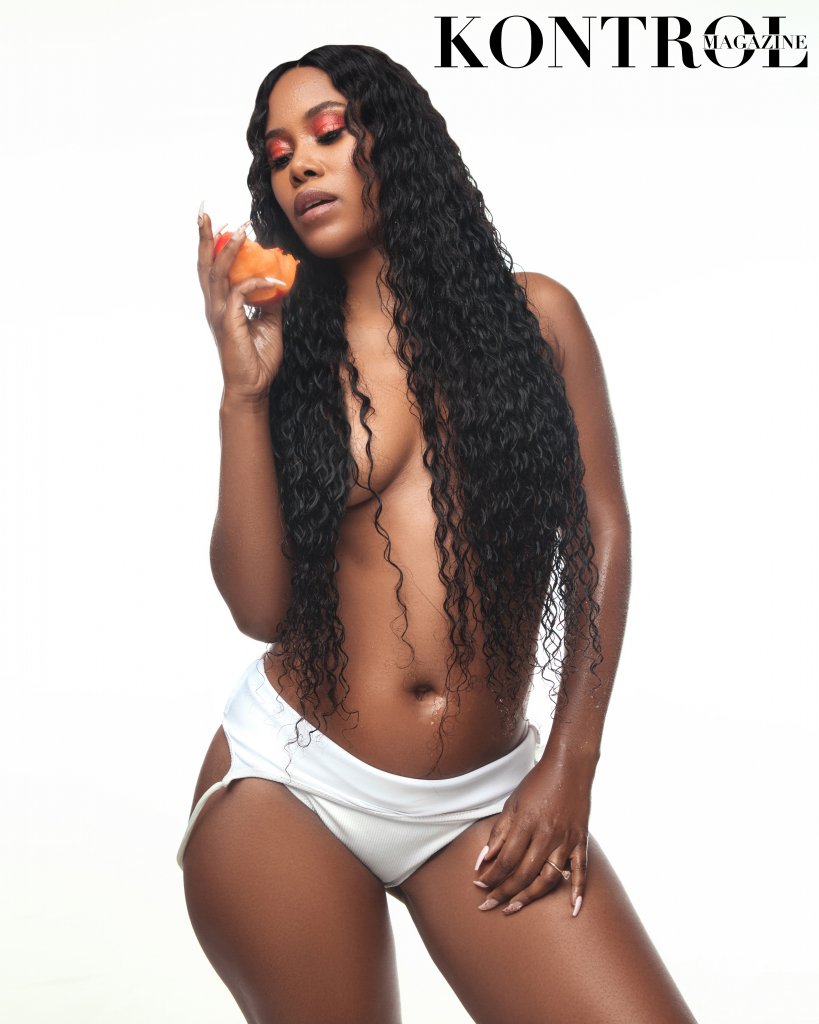 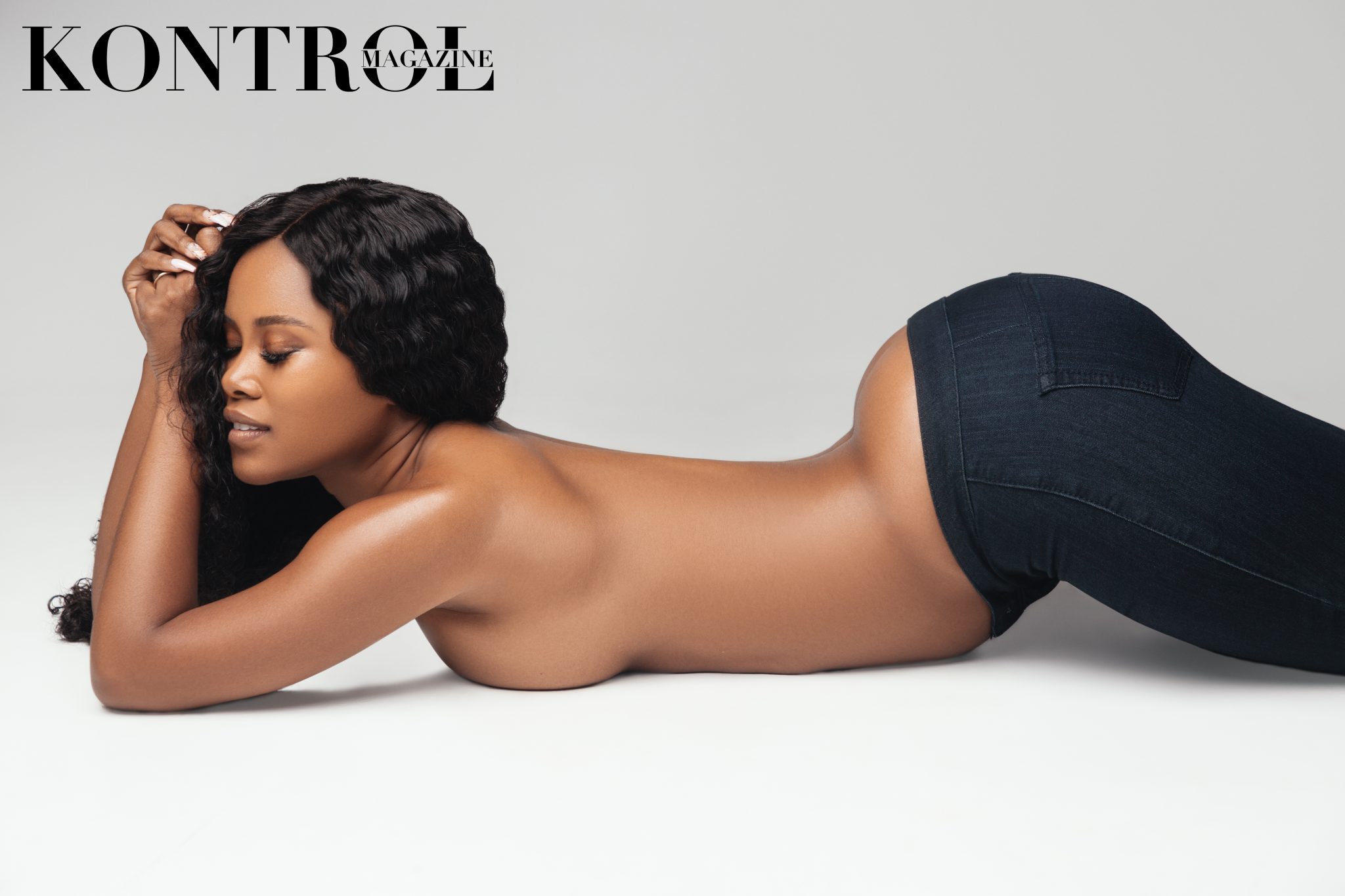 When it comes to talent some of us dream of it, many of us have it, and still others are walking in it to a beautiful beat! Jasmine Burke is definitely the latter as this amazing actress has evolved and grown into an equally amazing singer and a woman who knows herself through and through. 2019 is rapidly closing, and Jasmine is truly embracing all there is to womanhood–unchecked! “It’s about me and what’s going to help me evolve in the right ways. I’m channeling my own God given power…” 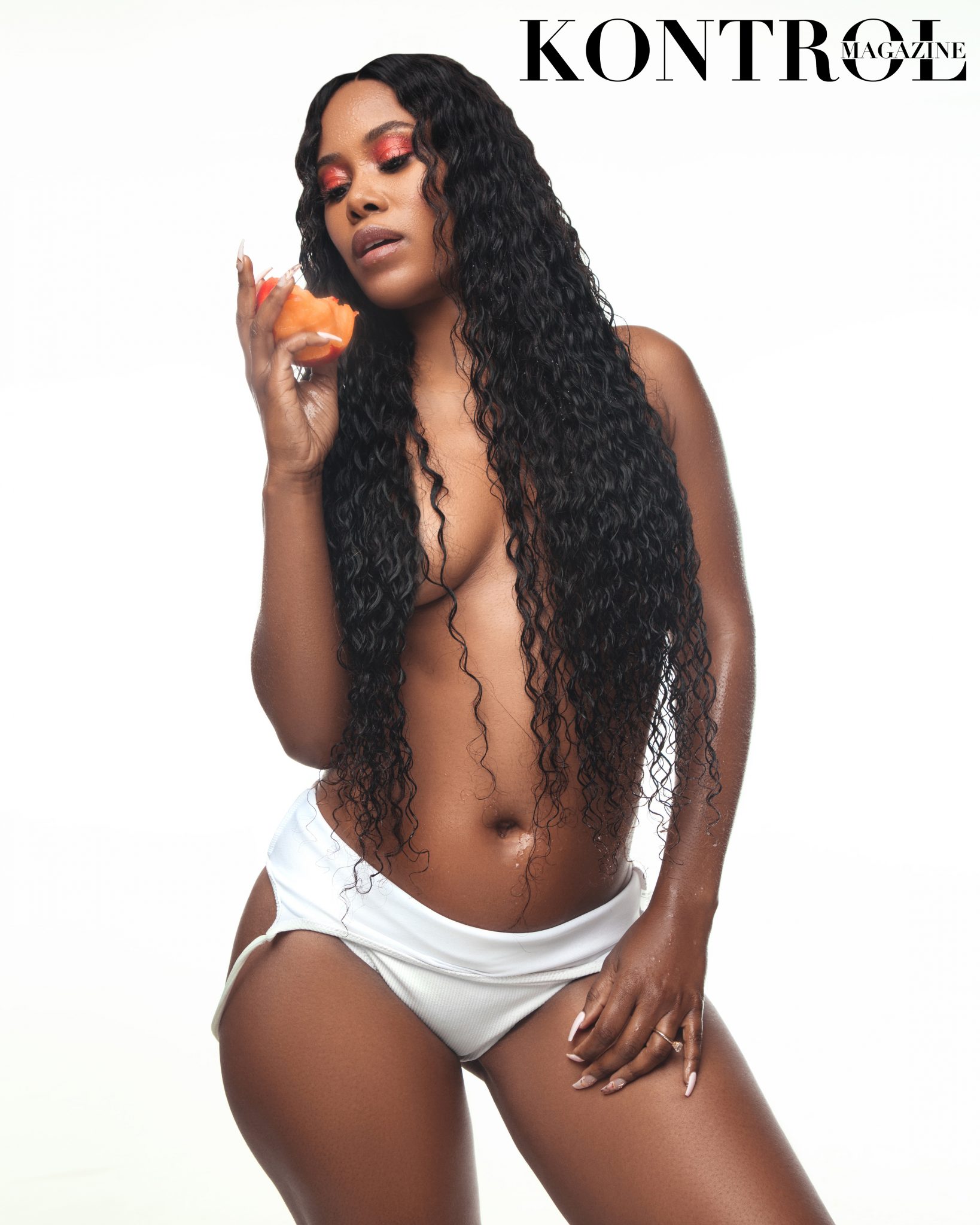 For Jasmine, acting is like breathing, or better yet a childhood friend. For most of her life she has been involved in some kind of production, learning a great appreciation of the craft from her time in school. “I was involved in theater at Marietta Middle and High Schools and was always doing some kind of play…I never set out to just be an actress, it was kind of something that came second nature to me. I tried it, I loved, kept at it and here I am.” Her childhood love of acting truly helped hone and gather her appreciation of it into her adulthood where she appeared recurring on Fox’s hit series, Star,  and currently Bounce TV’s Saints & Sinners. “I’m really blessed to get to do what love, and on the show [Saints & Sinners] be surrounded by so many talented and supportive people like Clifton Powell and Vanessa Bell Calloway.” 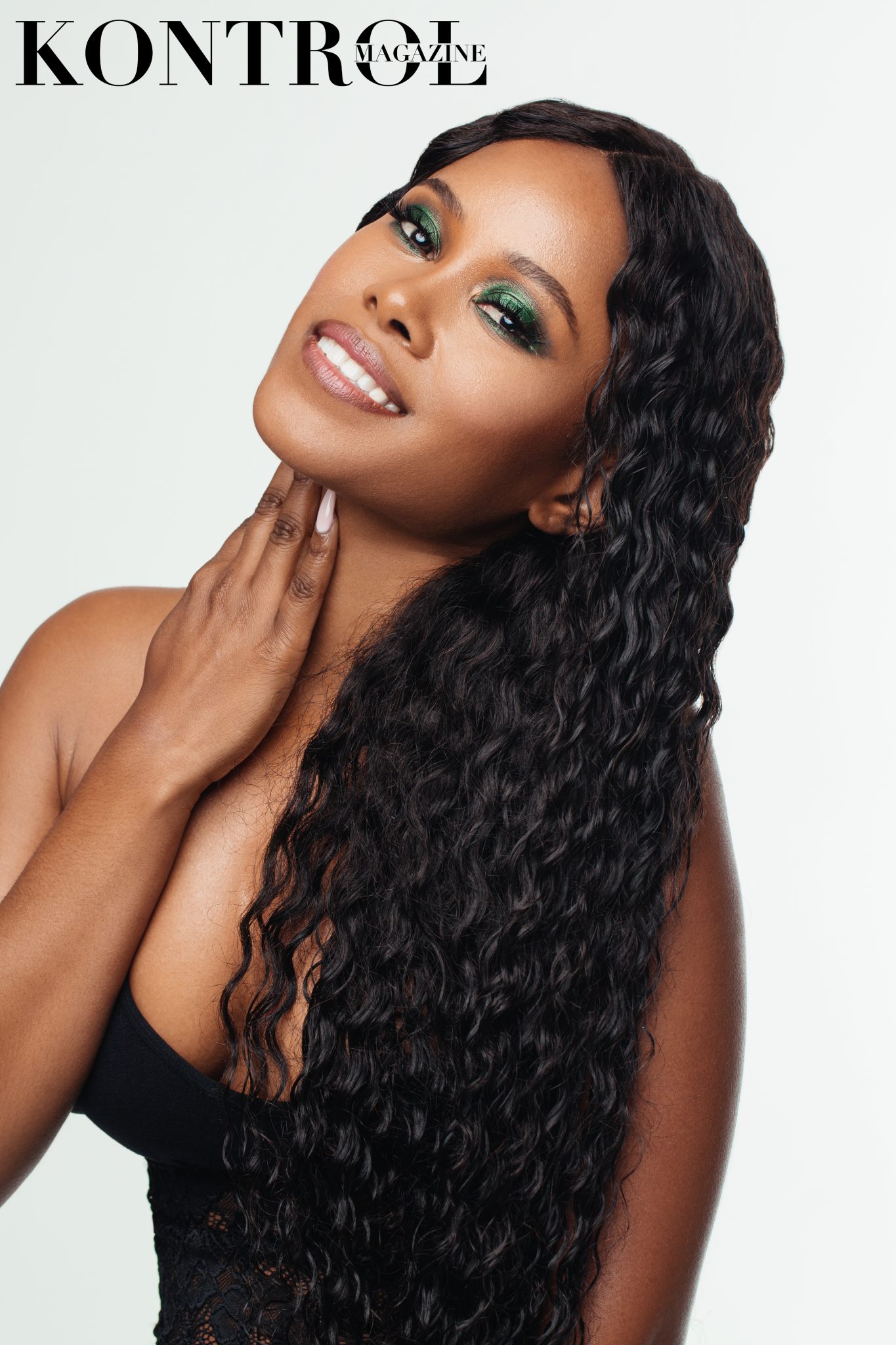 On the series Jasmine plays the role of “Dr. Christie Johnson.” Christie is perhaps one of the most riveting characters in the show, and per Jasmine’s own admission the one who has undergone the most changes. “I love playing her [Christie] because she’s so layered. When the series began you can tell she was kind of doing what her parents and family wanted her to be. It backfired because she’s never really taken the time to get to know herself and that’s put her through some growing pains relationship wise and made her hit rock bottom…I don’t think any other character on the show has transformed as much as she has…” We wholeheartedly agree with Jasmin’s assessment of Christie, and this journey only makes the character more relatable. “People, especially, those trying to find themselves can find a lot of courage, wisdom, or even a cautionary tale when it comes to Christie. Look at how she’s breaking generational curses by not being like her parents, and moving from being so naive to being a mature, strong, and brave young woman.” Clearly Jasmine is quite enamored with her character, and she tells us she would love to continue playing her for years to come. 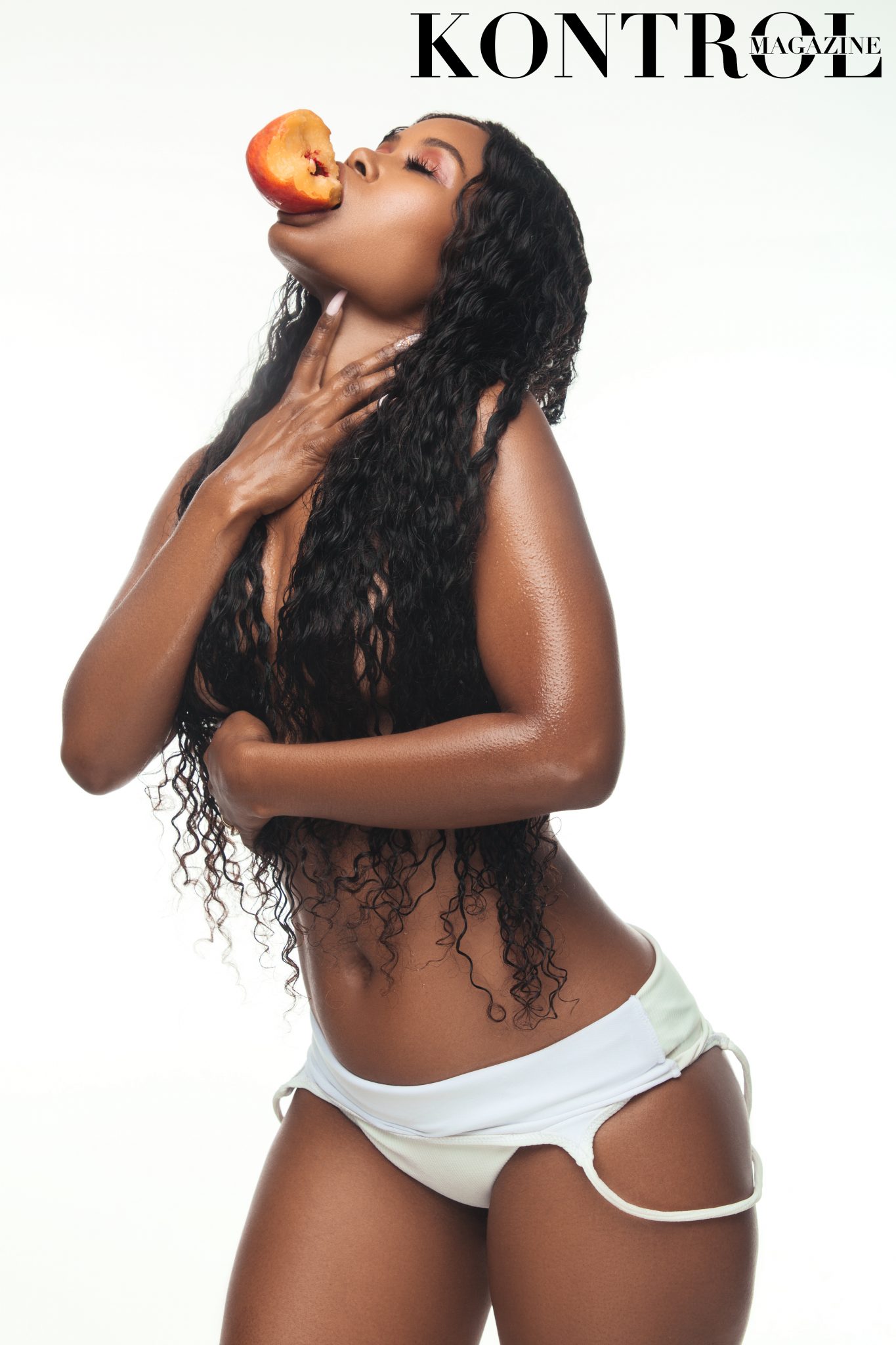 Besides her television roles Jasmine is now venturing into a new area of the entertainment industry–music! Yep, she is a girl who can do it all and well! We were unaware she was musically inclined until we witnessed her recent performance as she opened for Davido Adeleke at the African Muzik Festival. “I’ve always done music, as I mentioned before I was in theater and there were a number of musicals. People are really surprised to learn I carry a note [she laughs].” Jasmine has released a number of singles, our favorite being Chocolate Covered Strawberry. Interestingly she admits she is still developing her sound and is not boxed into any specific genre. “I like all kinds of music and that’s what the Jasmine Burke sound is going to reflect. Some of my songs will be pop and catchy, others may have a jazz or R&B feel them, and other may also be a lil’ country [she laughs]…I mean why not? I’m eclectic and just because I’m a Black woman it doesn’t mean I can’t do it all.”

Much like she is in control of her sound and music, Jasmine is also controlling and celebrating her womanhood, beauty, and femininity in her latest editorial with Kontrol Magazine. As you can see, she is pushing the envelope and showing herself to the world in a beautiful, tasteful, and mature way. She admits, however, she had reservations when our editor-in-chief and head stylist, Julian Lark, approached her with the risque concept. “It is definitely more skin than I’m used to showing, but he [Julian] approached me and explained the concept was really just about me embracing my own beauty, curves, skin, essence, and all there is to me being a woman. I couldn’t say no after that.” Amazingly, Jasmine’s fiance was on set and he was supportive of her decision to move forward with the shoot. “Well first it was about how I felt about it and what I wanted to do because at the end of the day I have to do the work for the pictures. He knows I’m not going to do anything to disrespect myself, or image, but at the same time I want to show the world I’m changing and growing. You won’t box me in.” Engagement very much so suits Jasmine and as she prepares to walk down the aisle, she shares with us her thoughts on submissiveness. As you know, this has been a hot topic after Fantasia recently stated in an interview that she submits to her husband. “Submissiveness is sexy to me–I think it’s very sexy. However, it takes a lot of trust to be submissive because it’s saying I trust you to steer me in the right direction, I don’t have to worry about betrayal, and I know my heart is in the best hands…” 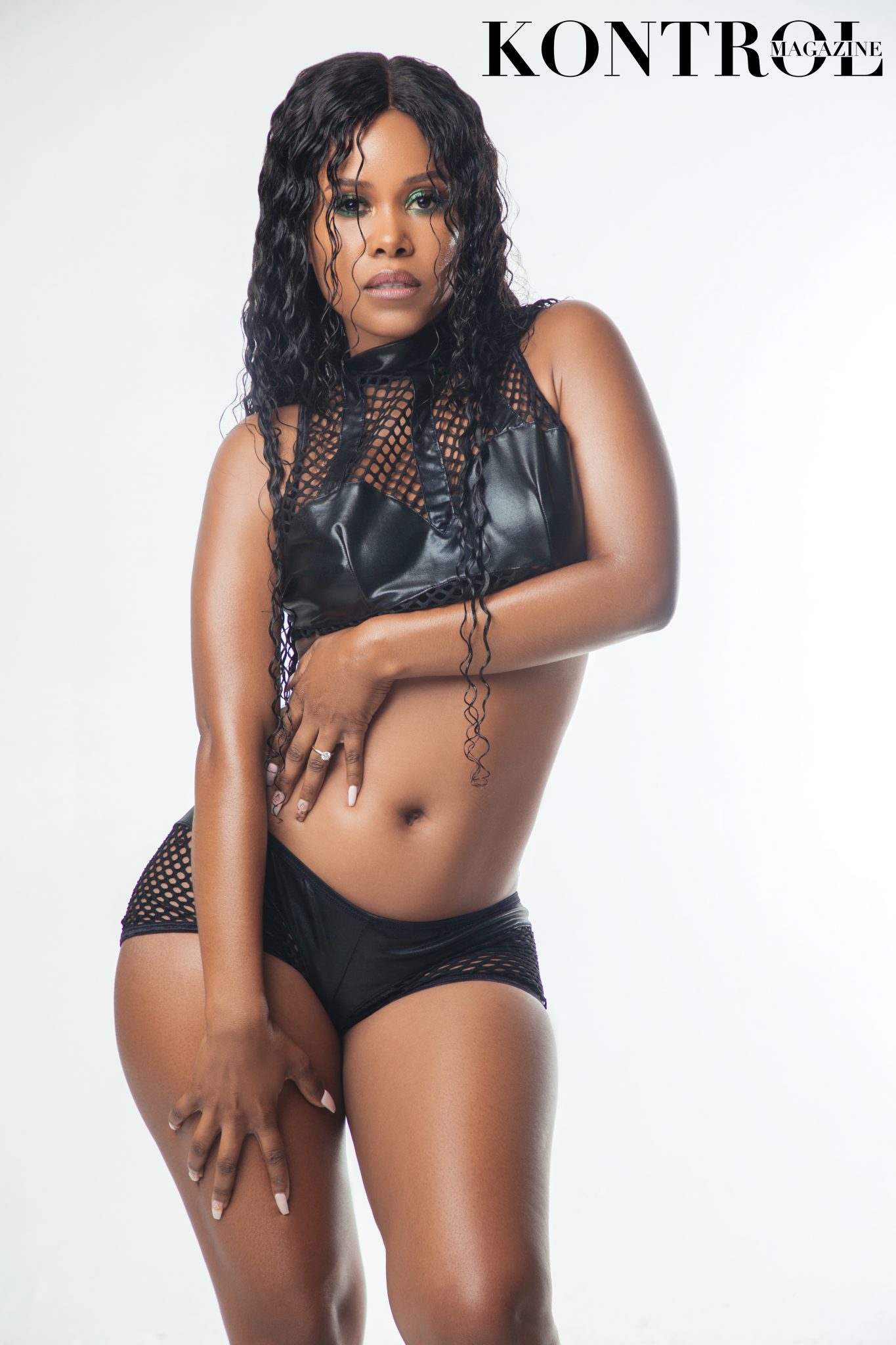 When you’re beautiful inside it glows it radiates outward, and at this point Jasmine is glowing! She prides herself on using old remedies like Vaseline, cold cream, and shea butter to keep her skin smooth and radiant, but relies on the Word of God to beautify her spirit. “All I have to do is read a few scriptures and when I see how much He loves me and thinks of me I’m instantly made whole. That’s all the inner work I need and all the maintenance in the world my soul needs. Salvation is everything.” It is clear that Jasmine is a force to be reckoned with and we are loving her rise to the top. Stay tuned everyone Jasmine Burke is unstoppable, unbothered, and yet again, UNCHECKED.