There are a few leading men in the industry just love to see making moves and remaining relevant. Two of them near the top of our list are none other than Larenz Tate and Lance Gross!

Yep, these two stars are heating up Netflix with their new hit film, Deuces! 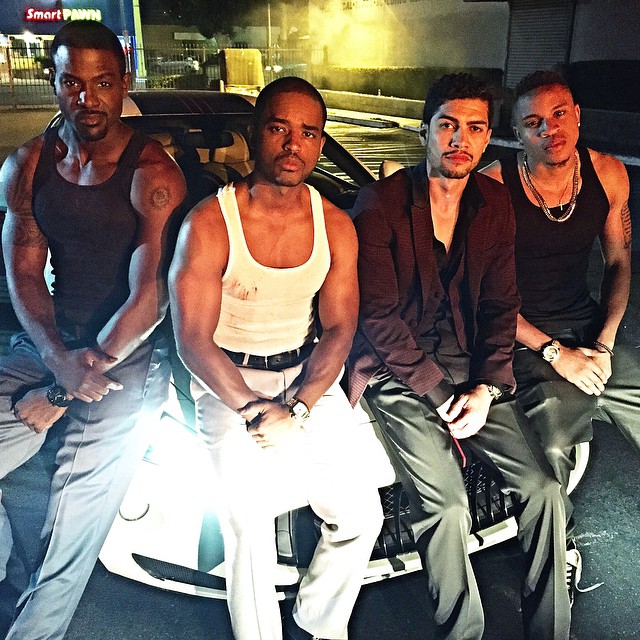 Deuces centers on a drug dealer of the same name, played by Larenz Tate. The man is a virtual drug lord who has his city on lock, earning him the ire of the local law enforcement and envy of those around him. Lance Gross is “Jason,” a new hustler on the streets trying to infiltrate Deuces’ crew. However, trust is a rare commodity as the heat intensifies on Deuces and his crew, putting the city’s most notorious criminal in an increasingly more dangerous and desperate spot. Check out the trailer below!

We definitely are feeling the hell out of this film!  The trailer looks amazing. Hopefully it will be picked up as a series as Netflix can never have too many original series. Queen Latifah’s Flavor Unit Productions  is definitely making some major moves! Thanks to Larenz’s role in the upcoming fourth season of Power, and Rotimi’s appearance on this film, however, you get a feel of Starz’ hit series. The cast of this film is what really draws you in, however. Rick Gonzalez, Meagan Good, La La Anthony, and Rotimi are amazing actors, and we cannot wait to give you a full review of the film. Flavor Unit’s deal with Netflix may very well usher in that Living Single reboot we have all been clamoring for! Only time will tell. Just be sure you tune in tomorrow April 1st!

What do you guys think of Larenz Tate and Lance Gross in Deuces? Sound off in the comments section below!