Just about any movie starring Matthew McConaughey is going to be amazing. Needless to say, his latest film, Free State of Jones holds up to argument. Matt is back and this time he is in a period piece–The Civil War! The film is inspired by the life of Newton Knight, a poor farmer who led an armed rebellion, The Knight Company, against the Confederate Army in Jones County, Mississippi. 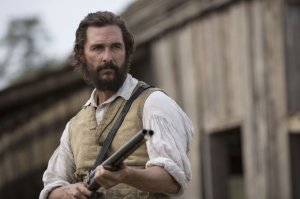 Naturally, McConaughey is Newton, who in the film, goes rogue after losing his only son in a battle. He loses heart, feeling he and other poor farmers are only fighting to keep plantation owners rich. He leads an armed rebellion against the Confederacy at the height of The Civil War. Can you say battle royale? Check out the amazing trailer below! 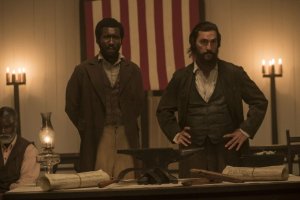 This is a movie everyone has to see! The Knight Company is perhaps the most unlikely band of rebels in American history–Confederate deserters, women, and runaway slaves? We love seeing Gugu Mbatha-Raw in this film, her acting is always superb and she really puts herself into every character. From the film it looks like she may be a love interest for Newton. We are not sure how historically accurate this film is, but it is interesting to note that he is a controversial figure. His descendants and historians disagree on his motives. Some feel he was a noble man who refused to fight for something he did not believe in; while others see him as an outlaw. The film clearly portrays him in the former light. Either way we will be front row and center for this film! What do you think about the film? Comment below!