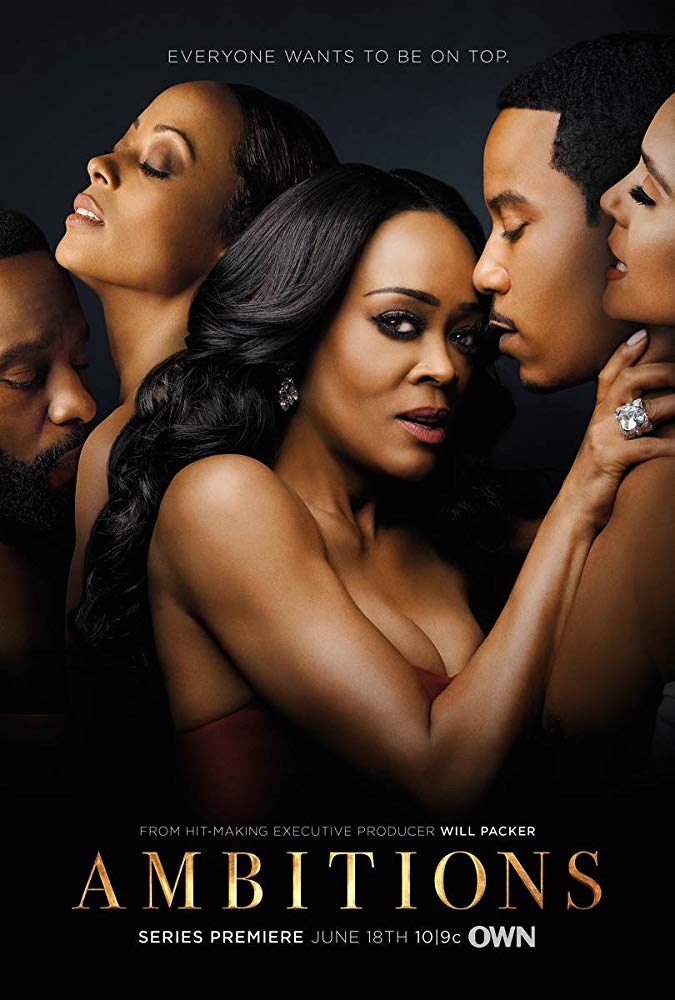 Just when we thought OWN had reached its pinnacle with dramatic series, Will Packer delivers a hot, new series in Ambitions!  The series centers on Stephanie Carlisle-Lancaster (Robin Givens), a brilliant attorney, and wife of Atlanta’s mayor, Evan Carlisle (Brian J. White). Stephanie is ambitious, and power hungry, determined to take over her father’s law firm, while being stuck in a loveless, troubled marriage for political clout. However, her world begins to shake with the return or her former lover, Titus Hughes (Kendrick Cross), who has just taken a case representing a large pharmaceutical company responsible for her sister’s death by overdosing. Titus’ wife, Amara (Essence Atkins), a U.S. Attorney, and Stephanie’s former best friend, is determined to save her marriage after an extramarital affair. Worlds collide, and love becomes toxic as The Carlisles, Hughes, and their respective friends and family go to war over power, property, and the very souls!

Ambitions is so riveting and thrilling that we dared not blink an eye. Robin Givens is BACK in a starring role and the ageless beauty is as amazing as ever.! This cast is also chalked full of veteran Black actors and is even inclusive with a lesbian story line. We recently attended the premiere of the series hosted by OWN and it was equally amazing, as the cast, Will Power, and the YBFs (Young, Black, & Fabulous) of Atlanta came out in full force to show their support. Check out a few photos from the amazing event below: