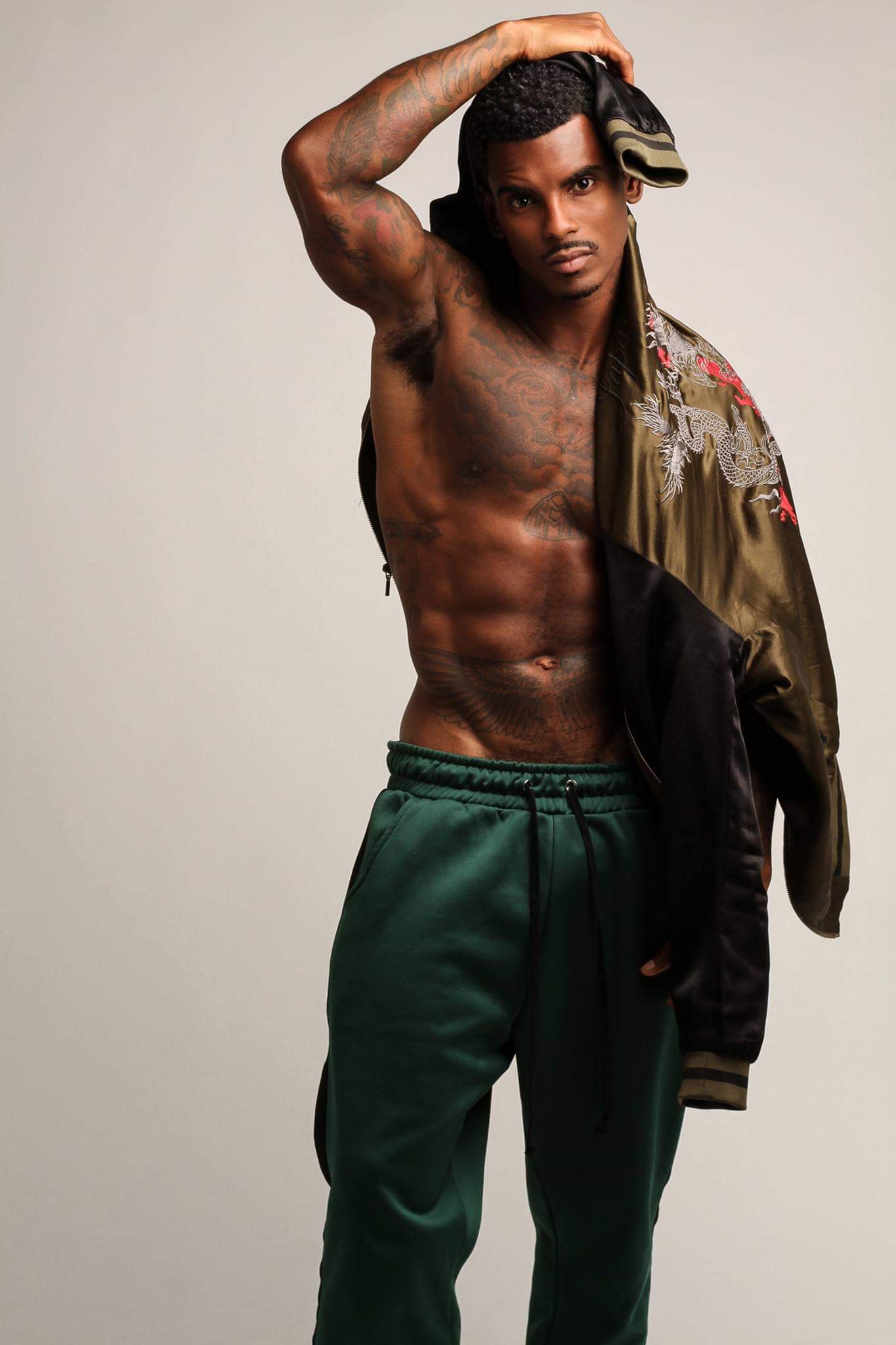 2019 is here in full effect! That means new goals, resolutions, and of course new interviews at Kontrol Magazine! One of the most popular resolutions of any new year is a commitment to get fit and eat healthier. Many fall off, but one athlete turned actor and model is determined not to let you down! Meet Quinten Barnard, the hottie with a body and vibes so positive you cannot help but be drawn to him. Yes, he’s magnetic! Quinten is ready to take 2019 by storm with new acting projects, promoting his Travel Fitness company, and talk to us about his photoshoot with Kim Kardashian that went viral!

As a Miami native, Quinten Barnard was surrounded by the sun, beach, and beautiful bodies. That surprisingly, it is not what motivated him to become a fitness trainer and stay fit. “I’ve always been into wellness and taking care of myself. That’s like breathing to me. When you look around and see how obesity and poor health are affecting our [Black/African-American] community and a lot of the developed world you realize it’s now an epidemic…I’m not talking about just physical ailments like diabetes, heart disease, or hypertension. I am also talking about depression and low self-esteem…” Unlike many fitness gurus, Quinten knows that there is no easy fix to these ailments. As Iyanla Vanzant would say, “…you have to do you work.” In Mr. Barnard’s belief it all begins and ends with your diet, thus he has opted to become a vegetarian and even provides vegetarian-based meal plans to his clients. “Vegetables are completely better for you, and if we are talking finances they are cheaper than meat as well. People tend to think you cannot make a meal–or tasty meal of vegetables alone–but there are so many delicious ways to prepare your food, season it, and still be healthy…your diet is just so important. You can work out seven days a week, but if you’re still eating junk food then it completely defeats the purpose.”

Quinten continues to push his fitness goals for the world on two fronts. The first being with Travel Fitness, where he not only travels to different countries and locales, showing exercises that can be done, but works remotely with clients from all over the world. “Technology is a beautiful thing and I’m really grateful I get to impact the lives of people far and wide. I post a number of videos on YouTube, but I work with people as far away as Africa to get them in the shape they need to be in…they come to me for their health of course, but some come just because they want to improve their confidence through their appearance…” The second front tackles childhood obesity and fitness by starting a non-profit organization this year, “All Kids Fit,” which will start in the United States and then move to Uganda. “When you learn and practice these things [healthy eating and living] at a young age it only positively affects your life chances. Like I said I want to spread my message to the world!”

Besides fitness, Quinten is also an actor and noted model. This year he will actually honoring Stevie Wonder by playing him through a series of pictures. He describes the esteemed artist as being one of the most influential people in his life. “His album, ‘Songs In The Key Of Life’ is the greatest album of the Twentieth Century, and for any generation. Everything he talked about on their–politics, race, love–if you just listen to it, it’ll take you to the next level…” Mr. Barnard will also be starring in an indie film, the details of which he cannot yet reveal. Quinten is definitely a force to be reckoned with, but he gained more notoriety following a sultry photo shoot with the Reality Queen, Kim Kardashian!

Shot by celebrity photographer, David LaChapelle, the shoot shows him rocking an afro and hearty seventies style sideburns, while posing nude next to her. Kim was in gold bathing suit. In the second picture, Quinten is behind her mostly covered but still nude with a dove perched on his finger. “Working with Kim [Kardashian] was one of the easiest things I’ve ever done in my life. Her energy is just so positive and professional, and I loved the message of the shoot, that we are all the same. It was never meant to be a racial things, but we live in a time where that is always a factor…” The photos not only went viral, but were controversial on two parts. The first being that many felt her waist was photoshopped to an unrealistically small size and the other being that she did not credit [@] Quinten as the other model on her Instagram page. “All of that photoshop stuff I really didn’t care about. I feel like it was just negativity and people were missing out on the bigger message and intention of the shoot…I didn’t have to be credited on her page. She’s allowed to do what she wants on her social media, I’m just glad I got to be apart of that experience, and work with her and David [LaChapelle]…”

Quinten is one of those people who really has a heart of gold and is beautiful inside and out. Surprisingly, his heart belongs to no one as he is career focused and is spending his energy on self-evolution. “I am conversing with a few young ladies, but it is nothing serious and each of them knows that. I’m married to my work and becoming a better me at this time in my life.” He advises people to “above all else know your worth and that you have the power to change whatever you don’t like or need to improve on in your life. It all ends and begins with you!”