Bravo’s “The Real Housewives of Atlanta” are back and already rife with drama! Our return to “The A” is marred by Kenya and Porsha’s ongoing fed, enlightened by Nene’s rump with Cirque du Soleil, and the beginning of the end for Phaedra and Apollo’s marriage. First Kenya returns from vacation and presses charges against Porsha for her assault doing the sixth season reunion special. Porsha turns herself (with a now infamously gorgeous mugshot) and then meets up with Kandi at her sexy photo shoot. Elsewehere, Kenya laments over her cast mates’ disdain for her to Cynthia. She feels most of the other ladies have sided with Porsha, justifying her actions. Cynthia assures her she does not approve of what has transpired and comforts Kenya. 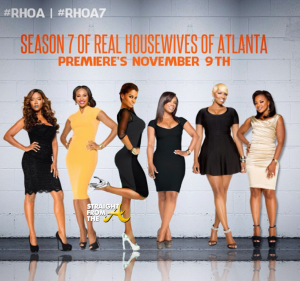 In New York, Nene flexes her acting chops as the ring leader of Cirque du Soleil’s “Zumanity” show. She finds the set and actors intriguing, but is clearly not quite a fan of how sexual the show is. Nevertheless, she pulls off the show and is more than grateful to be away from Atlanta as all the drama unfolds. Apollo finally has his day in court and is sentenced to eight years in prison for his crimes. Phaedra, surprisingly, is nowhere to be found at his sentencing, instead taking their children to Augusta to avoid the paparazzi and fallout. Apollo manages to find some comfort in his mother and brother. Kandi and Todd find themselves at odd over her absence, with the latter going to visit her. There, she slightly admonishes her friend for not standing by her husband. Phaedra sticks to her guns, and when she finally returns home with her mother in tow; she and Apollo have it out. He accuses her of being selfish and not supportive, going so far as to say she is the reason he began stealing again. She in turn admonishes him for all the pain he has caused her because of his actions. He tells her he wants a divorce and that their marriage will not survive his sentence. 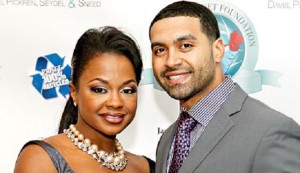 Man you have got to love The Housewives! From the jump this season premiere was popping, giving us an idea of the monstrous amount of drama ahead of us. No one is surprised Apollo and Phaedra are headed to Splitsville. In my opinion they were ill fated from the start. However, both of their shenanigans leave much to be desired. Anyone who is “#TeamTwirl” might want to teach their leader how to actually fake cry. The fact that she claims to be hated and bullied wrongfully is sheer humor. I like you Kenya, but have several seats (a whole stadium in fact)! 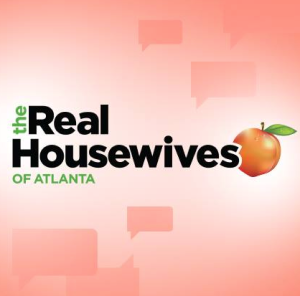