Since when has the Thursday opening of a movie ever put the Los Angeles Police Department on alert? Well there is a first for everything and it looks like Straight Outta Compton is coincidentally the cause of this alert. As you already know, the film entails the formation of N.W.A and the rise of Dr. Dre, Ice Cube, and Eazy-E. It also details some of their oppressive and harassing encounters with the local police department, the aforementioned LAPD. N.W.A.’s hit song, Fuck The Police garnered widespread popularity as a protest against racial profiling and police harassment in the early nineties. 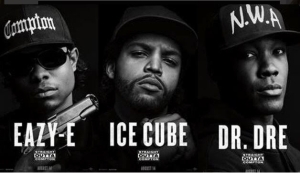 The sentiments among The Department allegedly fall in line after the July 23rd killing of two people in Louisiana during a showing of Trainwreck and the beginning of anti-police protests in Ferguson, Missouri during the anniversary of Michael Brown’s death.

“In light of everything that’s going on, we are dispatching additional officers to theaters that are showing the film,” LAPD spokesman Jack Richter told Variety. “It’s a combination of anticipating potential problems and responding to requests from theater owners.”

The local sheriff’s department is also planned an increased presence.

“Sheriff’s patrol stations have been working with theater management in their jurisdictions over the last few weeks to develop safety plans and discuss security measures,” spokeswoman Nicole Nishida told Variety. “Deputies will be doing patrol checks during their shifts, and the department will be monitoring the release.” 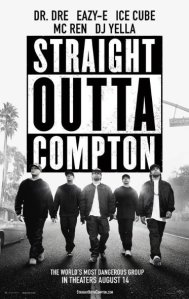 Straight Outta Compton is an amazing film and its release in other cities has not garnered this type of attention. The LAPD is notoriously corrupt and has extensive history of oppression and racist tactics towards minorities. I am sure there were dozens of crimes that people got away with while all of these cops were patrolling movie theaters. If you ask me, this just seems like an excuse for police harassment. If you want to see the movie for free LAPD, just say so! Check out Straight Outta Compton in theaters everywhere today!