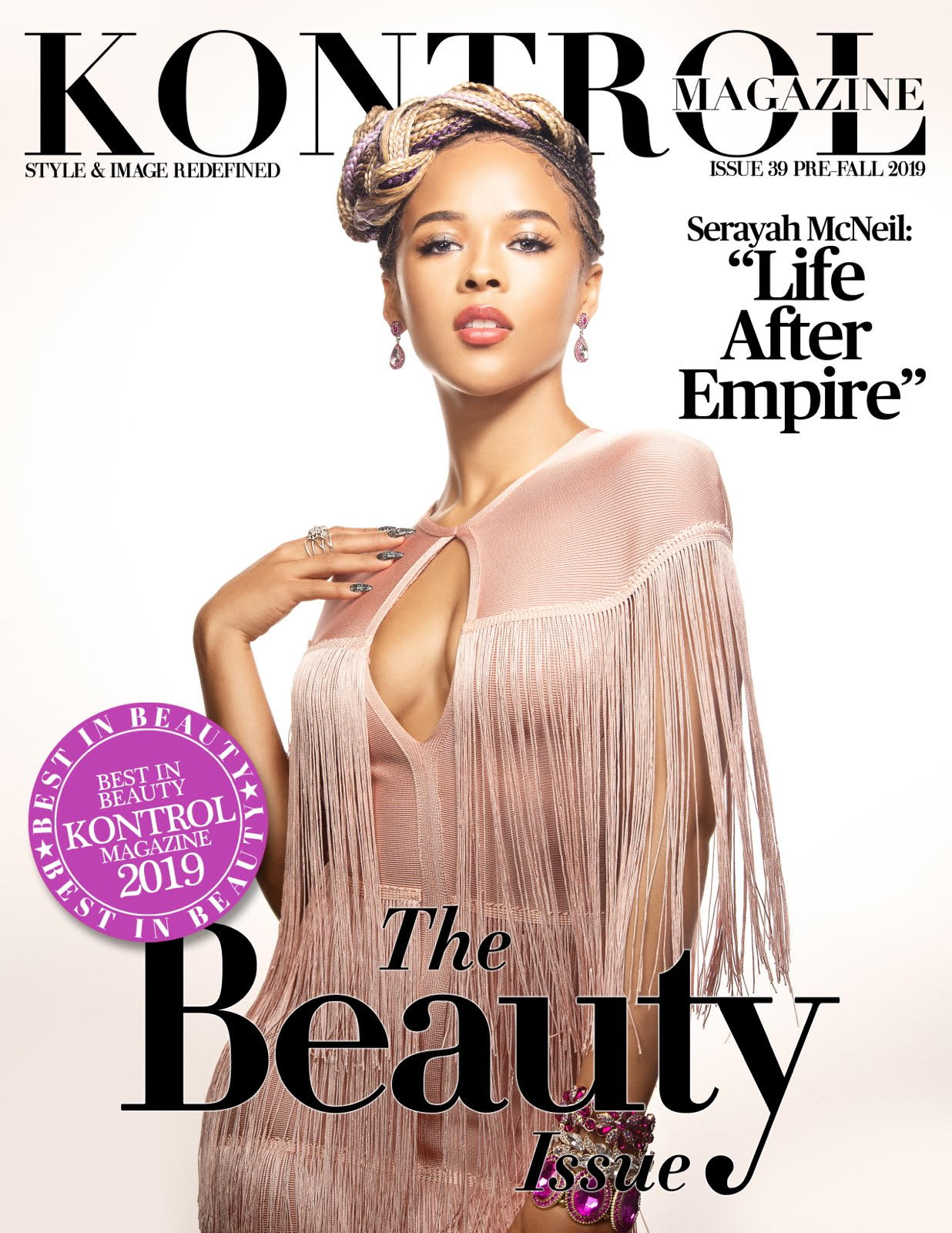 She sings, dances, acts, and gives beauty tips–Serayah McNeil is a woman who is truly in “Kontrol” of all aspects of her destiny. Thanks to the megahit series, Empire, for six amazing season we have loved and been entertained by her as “Tiana.”

Now as the series approaches its sixth and final season, Serayah is ready to take flight to the next chapter of her life. “There’s a lot about to take place and I’m excited. I have definitely been blessed with so many opportunities and this next step is one to watch!”

When it comes to being an “it girl,” some girls have it, some girls buy it, and still others will never get it. Serayah, however, was born with it! Talent comes as naturally to this young woman as breathing is to lungs. Besides acting her own solo music career is taking off. Recently, she released a single, Love It, which is nothing short of a bop and is truly a “#HotGirlSummer” anthem! “Doing music is just second nature to me…I pull inspiration from my life and situations when I’m making my own songs…I’ve definitely learned a lot about music on the show, it’s been a great training ground…” Serayah does have an as of yet untitled album she plans to release soon and we know it is going to be filled with hits. She admits, however, that each track will have her own personal style to it and not be exactly like the songs we know her from in Empire (our personal favorites being Look But Don’t Touch, Drip Drop, and Keep It Movin’). “Tiana is definitely a part of me but I want people to get to know me through my songs, you know get a real feel of Serayah the artist…some of the songs might remind you slightly of something from the show, but these new songs and the album are one hundred percent me…” Serayah is a walking hit maker we are certain her new music will be just as iconic as anything she has released under Empire.

Fox’s mega-hit series, Empire, is one that history will never forget as it introduced us to some of the most amazing characters and storylines television has ever seen. Of course you love The Lyons (Lucious, Cookie, Andre, Jamal, and Hakeem); but there is another character as fierce as any Lyon, Tiana. “I’ve loved playing and being her [Tiana] since I first read her part…she’s so strong, amazing, and powerful…she’s also really loyal. The way she rides for Hakeem and his daughter is really moving, but she’s also no nonsense [she laughs] when it comes to her career and shine. She’s not a Lyon per se, but she’s is like the prettiest gun in their arsenal in the industry be being their biggest artist and so close to them…I’m gonna miss playing her but I knew this day would come…” Interestingly, Serayah goes on to reveal she was not surprised Empire would be ending after its upcoming season. “Well, when it comes to how long the show has been on and how long it takes for them to announce renewal you begin to expect this…I ended expected this season or a seventh one to be the last…I’m sad to see the show go, but I’m equally excited to see what’s next…” Serayah reveals she has a number of television and film options she is exploring, but has decided to keep them a secret. “Just stay tuned.”

All work and no play, would make Serayah a very dull girl. Thankfully, she manages to balance her work life with beauty and love. Her beauty tips are to die for and she has dozens of them online. “I’ve done a lot of beauty tutorials because I wanted my fans to know all women are beautiful and the simplest hacks go a long way…It is definitely true, however, that drinking your water and getting plenty of rest goes a long way too…just invest in some self-care!” When it comes to love in Serayah’s life, his name is Jacob Latimore! As you may already know Jacob is an actor and singer as well, famous for television and movie roles on shows like The Chi, Sleight, and Black Nativity. Serayah reveals their courtship: “It kind of just happened. We were filming in the same city, we know the same people, we hung out a lot–nothing big [she laughs]–just movies, food, and going with the flow. He’s a really great guy and so supportive…I love how he’s a great communicator too. He should do a course on that [she laughs].”

Serayah is truly a force to be reckoned with. All empires fall, but her is rising and will be here to stay. Blessed is just an understatement to what she is. We are rooting for every move she makes simply because she is worth it. Look out Hollywood, Serayah is loose!