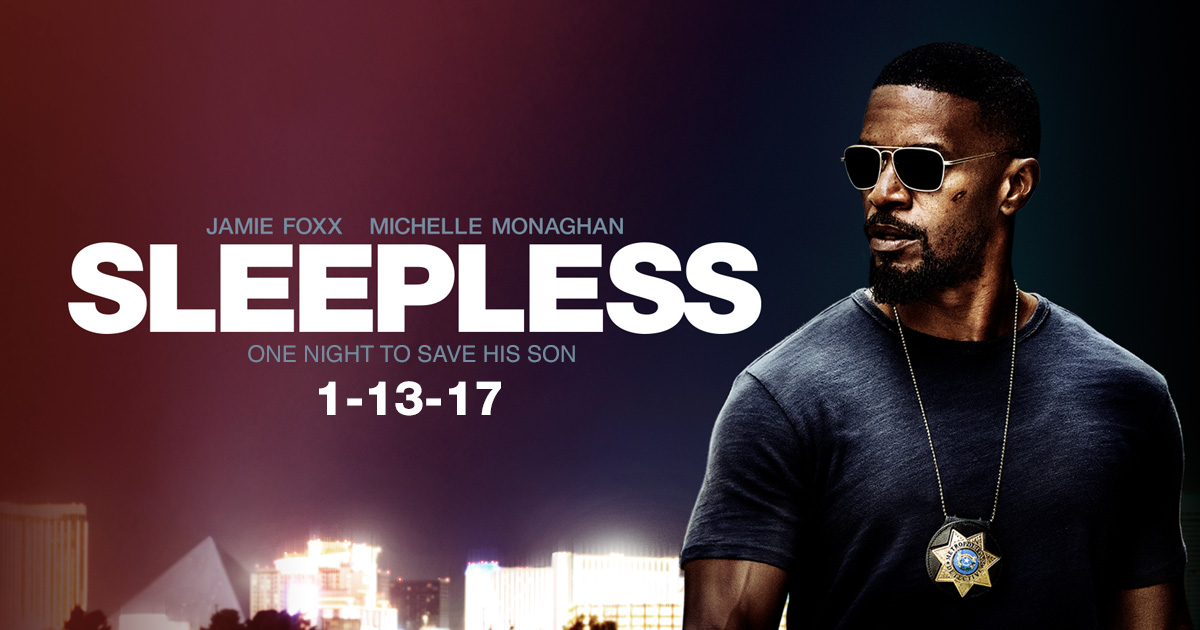 SLEEPLESS stars Jamie Foxx (Django Unchained, White House Down) as undercover Las Vegas police officer Vincent Downs, who is caught in a high stakes web of corrupt cops and the mob-controlled casino underground. When a heist goes wrong, a crew of homicidal gangsters kidnaps Downs’ teenage son. In one sleepless night he will have to rescue his son, evade an internal affairs investigation and bring the kidnappers to justice.

Jamie Foxx has also been busy with other productions this year. Television series, ‘White Famous’ is one of those The show is from Californication creator Tom Kapinos, director Tim Story and Foxx, ‘White Famous’ focuses on a talented, young African-American comedian, Floyd Mooney (Pharoah), whose star is rising, forcing him to navigate the treacherous waters of maintaining his credibility as he begins to cross-over toward becoming “white famous.”The series will be written and executive produced by Kapinos, and executive produced by Foxx.

We can only expect to see another action packed film from Foxx and more productions this year!