What does let a man be a man mean? Does that mean that a Woman must relinquish her power? In what ways can we balance things out? These are the questions.

I’ve discovered in romantic relationships, Women have been conditioned to be SELFLESS while Men have been conditioned to be SELFISH. Most Women have the idea that they must have complete disregard for their wants, desires, and needs and to mirror the wants, desires, and needs of their partner. This is due in large part to Women and the world being mostly taught that placating the Man’s selfishness and treating him like he is so fragile and delicate is what will make everyone happy, also, just give him all of your power too. If we say or do anything that makes the supposedly perishable mind of a Man feel pressured, he’ll break into a billion pieces and it’s a wrap on everything. 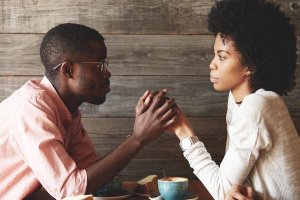 There are men in the world that feel powerless unless they have total domination over a Woman or partner in a relationship. It could possibly be because those types of men feel they are completely powerless in their existence outside of their relationship. Don’t we all feel kind of powerless as it pertains to the rest of the world instead of our own? What does that have to do with dominating a whole person other then yourself?

The whole let a man be a man idea is flawed if it consists of any of that toxicity in a relationship.

Physical strength is irrelevant at this point, because in any situation a person can have a burst of adrenaline and feel strength they’ve never felt; man or Woman. Additionally, some Women are living lifestyles they didn’t necessarily want and that’s just how their cookie crumbled. Doing or being something you don’t want to be because you’ve relinquished your power requires a different kind of strength. Finally, Women with the help of Man, create life together and the Woman carries the child for 10 months by herself and then pushes that baby human out of their Wombs through their vaginas. Let’s Talk about selflessness. 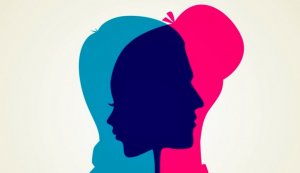 Just because Women are powerful, doesn’t mean they don’t want to feel feminine and protected by masculine energy, just like men want to continue to feel masculine while Women maintain our giving, nurturing, and lovingness.As soon as Women maintain their power, Men think we suddenly want to lift everything heavy and open our own doors. The scales have been heavily tilted towards the masculine for quite some time now and Women are just rebalancing everything, as it should be; balancing Mens Ego and Women’s Emotions. Ya’ll always talking about our emotions and omit your ego? Why though? 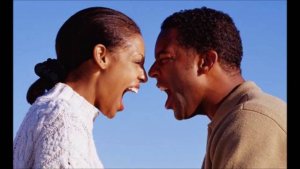 Here are 5 ideas on maintaining Balance of the Sexes:

2. Discontinue putting limitations on one another; we are all capable of anything.

3. Focus on being free and having fun!

4. Allow yourself to be vulnerable and transparent for once!