If you’re trying to kick the habit of smoking, it can be a difficult goal to stick to. Find out here the top common alternatives to smoking cigarettes.

You know it’s bad for you. You read the pamphlets, listen to your doctor and do your best to ignore the serious damage it’s likely causing your body.

Maybe you’ve thought about quitting, but aren’t sure where to start. Tomorrow turns into next week, then turns into next month and eventually you accept the nicotine addiction from cigarettes controlling your life.

It doesn’t have to, though.

There are alternatives to smoking cigarettes that can help lead you on the path to breaking that habit for good and living a smoke-free life again.

Nicotine patches were initially prescription only when they hit the market in the early nineties before becoming available over the counter a few years later. It’s used by simply applying its sleek bandaid-like design to the skin, allowing nicotine to enter the bloodstream at a controlled rate.

The product is offered in different amounts of nicotine dosages. These are intended to be used based on the previous amount of cigarettes a user consumed up until stopping, with guidelines usually provided in packaging instructions.

One study found the portioned nicotine dosage provided by the patch as opposed to cigarettes may provide a cognitive advantage by boosting memory retainment up to 15 percent.

The exact timeframe of using patches to beat a smoking habit is dependent on multiple factors. Specifically, body type and the length of a person’s smoking history. The general guideline is a couple of months or sometimes longer based on a user’s withdrawal symptoms and cravings.

Recent studies show that nicotine patches are a safe methodfor smokers who’ve been hospitalized for heart disease and don’t pose any serious risks.

Advantages are it’s easy to use and can be controlled by dosage. On the contrary, a user must frequently change out the patch – at least every day – and could experience unpleasant side effects like nausea if misjudging the wrong dosage of nicotine. Additionally, skin sensitivity can cause a rash in the area the patch is placed.

Another plus is the patch can be used with most other methods used to quit smoking making it a popular choice.

Those looking for a substitute that still involves using the mouth may find success with nicotine gum. Just as you would buy Juicy Fruit, this gum is available over the counter at most drug stores and comes in different dosages like the patch.

Rather than repetitively bite like you normally do for that sweet or minty taste, this gum requires a different method to properly absorb its nicotine.

After a few chews, a user receive a mild, tingling sensation inside the mouth. The gum is then to rest – usually between the tongue or cheeks – and be repeated slowly until all of the nicotine is consumed.

Chewing too fast or swallowing the gum can lead to unpleasant side effects. It’s also vital a user be mindful of his or her diet leading up to chewing the gum, which can otherwise compromise its effectiveness of delivering nicotine.

While you won’t necessarily have to worry about cavities due to its lack of sugar, some users can become too dependent on the product and use it beyond its intended method.

In some instances the gum has become popular with those who aren’t even trying to kick a smoking habit, but rather utilize it for its energy boost similar to that of a cup of coffee.

With other quitting methods rising in popularity, brand name Nicorette gum is attempting to make its product more familiar to regular types of gum you might find in the checkout aisle.

When we think about quitting smoking, it’s more so related to the nasty, harmful chemicals found inside cigarettes as opposed to the actual smoke itself.

Besides nicotine, commercially produced cigarettes contain over 600 ingredients which include arsenic, butane and tar. Yet, some of us still can’t resist the urge of pressing that rolled paper stick against our lips.

Sometimes patches or gum can’t fill the void our body is used to from flickering a lighter and inhaling smoke to receive nicotine. No form of smoking is healthy, but it’s possible to replicate the desired sensation in a less harsher way while on the path to fully quitting.

Herbal cigarettes are an intriguing smoking alternative. They don’t contain tobacco or any of those other dangerous additives, but they also have no nicotine which may deter some people trying to quit.

Instead, they use naturally assorted plant materials that give off a much smoother taste. Nevertheless, studies done to date are sparse and if frequently used herbal cigarettes can cause similar, unwanted effects of those from tobacco.

Some people may confuse herbal remedies with hookah, flavored tobacco consumed by hose through a water pipe that’s regarded as more dangerous than commercially produced cigarettes.

Realistically, herbal cigarettes are hardly better than tobacco because they still produce carcinogens, but are an alternative that can significantly reduce the amount of deadly chemicals a cigarette smoker typically consumes.

The lack of nicotine, though, may make this cigarette substitute more difficult for some than others.

Hypnotherapy as an Alternative to Smoking Cigarettes

Sometimes these popular methods may not work.

Maybe you’re slapping on patch after patch or chomping down on that fake candy until your jaw is about to break without noticing any improvements in your nicotine craving.

Rather than use physical remedies, the answer could be taking a mental approach.

Hypnotherapy involves using outside help and working with a therapist. By addressing your underlying addiction issues, you can formulate an action plan to fight your struggle without using those over the counter alternatives.

It may sound like going cold turkey, but if approached correctly multiple sessions can create improvements.

This method goes way beyond the standard textbook instruction of smoking dangers with pictures of black lungs to combat your addiction. Digging deep down into your smoking history, understanding where it evolves from and identifying stress factors that trigger it can help beat your addiction.

It’s important to be mindful this solution isn’t something you pick up off the shelf and follow basic instructions for. It takes time and dedication with the willingness to keep an open mind as well as self-discipline.

Studies on hypnotherapy’s effectiveness to quit smoking are very limited, but it could be a practical solution for someone looking for a different approach after hitting brick walls with previous quitting methods. For some people, just one session can be the pathway to a life of becoming smoke free.

Vaporizing and electronic cigarettes (E-Cigs) have become increasingly popular in recent years. As an alternative to smoking cigarettes, this method provides options with an expansive flavor list and the flexibility of consuming it in public places that banned smoking a long time ago.

Its appeal is much more marketable. Vapor’s clean lighter look comes across safer for the lungs than the dark thick cloud created by regular smoke. Products like the JUUL vape take up less room than a pack of cigarettes and provide a smooth taste.

There’s a reason, however, why the United States Food and Drug Administration (FDA) and similar agencies haven’t deemed E-Cigs safe. There’s still not enough evidence to support these wishful theories.

Those trying to quit cigarettes may find a practical smoking alternative with the nicotine vaporizers provide, but the product’s popularity has reached a new generation who’s never smoked before. Instead they’re starting with E-Cigs.

Recent studies show that the number of children using vaporizers has doubled within the last five years. Furthermore, over half of these users tried the product simply out of curiosity.

A major drawback to vaporizing is the longterm impact it could have in undoing years of anti-smoking campaigns and educating the younger population.

The frequency of the product’s use can cause a potential quitter’s progress to plateau due to the similar effects they can receive while subconsciously believing they’re becoming healthier.

As research is still developing, it would appear for now these products are a safer alternative than commercially produced cigarettes. Exactly how much safer, though, is still to be determined.

Ultimately, the best remedy is to replace smoking from a nicotine addiction is swapping it with healthy activities such as exercising and eating well. This is, of course, easier said than done.

Addiction is a serious disease, but these alternatives to smoking cigarettes can be the beginning of a meaningful path that eventually results in waking up one day not even remembering those cravings and urges.

It’s important to remember you’re not alone in trying to beat your habit and there’s hope for everyone. Every year more and more adults are quitting cigarettes compared to years past. You can absolutely join them. Everyone has to start somewhere.

Time, self-discipline and finding an alternative that works best for you are the best strategies to taking control of your cigarette smoking habit and breaking it for good. 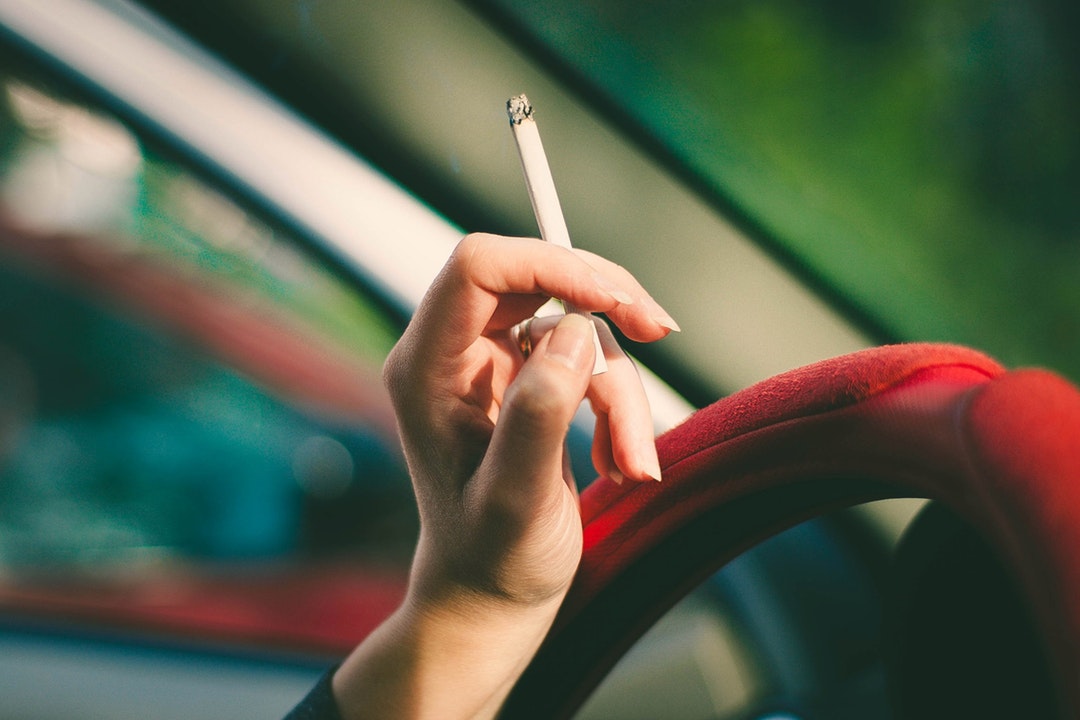