TK Kravitz is musical savant, but you don’t have to take my word for it you can listen to his EP TK Kravitz 2.0 and figure that out for yourself. Songs like “Ocean” show a young man living in his sexual prime, whereas “Property” ft. KeKe Palmer speaks more of being unable to let go of a past relationship. It’s not all love and sex “Ain’t Your Man” is clearly a song of empowerment, just as much as “Enough” and “Bank Account”. If you need further proof check the list of artists that he’s worked with since stepping into the industry ten years ago. He was first signed to DTP with Ludacris a few years later it was on to Columbia Records where he became half of the rap duo TK-N-CASH. Since then he’s gone solo and shared song writing credits with such hip-hop heavyweights as Flo Rida, Juicy J, Kevin Gates and Trey Songz so you know he’s poised for greatness. When you listen to his music and check his resume you just might forget that the Augusta, Georgia native is twenty -one. I recently sat down with TK in our office here at Kontrol Magazine where I conducted an interview to get to know him better. Here’s what I learned.

DArtagnan: What have you learned about yourself since you got into the music industry?
TK: That I’m not as patient as I thought I was. Of course, you want things done right then but that’s not how it works.
DArtagnan: What in your life would you most likely give up if you thought it would help to put you in a better place than where you are now?
TK: I wouldn’t give up anything, everything happens for a reason. Your journey is your journey if that makes sense. I really encourage everyone to think like that…
DArtagnan: Your single “Mine” with Kevin Gates was good. What was it like working with Kevin?
TK: I’ve been working with Kevin since like 2014, 2015. He’s very musically inclined, hell tell you that he’s not, but he is. He always brings great energy.
DArtagnan: Do you think that you’ve figured out who TK Kravitz is an artist?
TK: I still have so much time to grow even more, but I think I’ve found myself in my artistry, in my sound, in my brand.
DArtagnan: And when you’re not recording and performing what do you like to do?
TK: Chill with my son and watch documentaries
DArtagnan: What kind of documentaries?
TK: All types in school I wasn’t focused, I’m more of a visual learner, of course I read, but I comprehend thing better visually.
DArtagnan: If you weren’t a rapper what would you be doing?
TK: A radio personality.
DArtagnan: Any other musical influences outside of hip-hop?
TK: I listen to all music, if it catches my ear, I listen to it. I don’t have a genre.
DArtagnan: What sacrifices have you made to get you to this point in your career?
TK: Time with my family, missing out on holidays, baby showers, sleep, time with my son….
DArtagnan: How old is your son?
TK: He’s two.
DArtagnan: Have you taken him with you on the road?
TK: Nah not yet, my mom, his mom yeah doesn’t think he’s ready for that yet.
DArtagnan: How often do you get back to Augusta?
TK: Every chance I get, I’m a big fisher.
DArtagnan: You fish?
TK: Yeah. He laughs.

TK is a man who is on his way up the music industry’s ladder of success. He is clearly this generation’s Casanova of Hip- Hop. If you want to be a part of the #kravitzgang you can follow TK on IG and Twitter @TKKravitz

**** It should be noted that since that since this interview was conducted TK’s single “Ocean” ft. Jacques has been certified Gold. 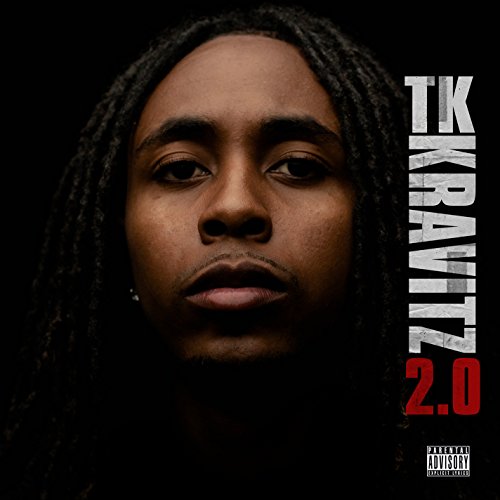