Up Close and Personal With Marco Robinson

At 52 years old Marco Robinson has done more than most – hosted his own talk show, dabbled in direct sales, wrote a number one bestselling book and is currently killing the movie game with the number 4 hit movie for Netflix in the UK, “Legacy of Lies.”

But his background has a troubled beginning filled with adversity, triumph, and above all – incredible success. 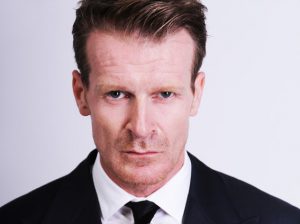 He was only 2-years-old when his mom left his dad. His father had an uncontrollable gambling habit. That gambling habit triggered a series of moves that had a profound impact on Robinson at an early age.

“We moved a lot, we were very transient” Robinson said. “And I went to about, I don’t know, about 50 schools before I was even 10 years old.” He and his mom lived somewhat of a nomadic lifestyle, sometimes sleeping outside in parks, in unrelenting winter temperatures.

“We nearly died, basically,” Robinson remembers. “Friends of friends took us in, but my mom was not educated, she didn’t have a college degree, but (she was) very smart.”

As a kid, Robinson had a peculiar look. He was pale, had bright red hair and always stood out amongst others. He attempted to dye his hair and change his appearance but none of it seemed to work — his looks and quiet demeanor made him an easy target.

“I was bullied like hell when I was in school,” Robinson said. And to make matters worse, his mom met a man, his future stepdad, who would turn his home life upside down. His stepdad used to physically abuse his mom, almost daily.

“It was very erratic, volatile. So, when I went home as a kid I didn’t know if there was going to be a fight or if everything was going to be ok.” Because of this, Robinson began running away from home or hiding under his bed, to cope. It seemed as though he was fighting life at every turn, in school and at home, he had nowhere to hide.

On the schoolyard, things began to escalate. At age 15, one of his so-called friends invited him over. Robinson thought this was just going to be a few friends hanging out but quickly found that wasn’t the case. He found himself in a garage, surrounded by other teens, punching and kicking him – over and over again.

“And the next thing I knew I was running down the road chasing 20 guys going ‘come on you fuckers’ is that the best you got?”  < not sure how you feel about including profanity, we can asterisk it out: f***ers

This was the first time that Robinson had ever stood up from himself, and, to have him tell it, he was never going back.

“Things got slightly better and I kind of felt some self-esteem for the first time in my life.”

After dropping out of school at age 15 he joined the workforce. In fact, he worked four part time jobs just to make ends meet. It was a hard way to live. He still wasn’t making enough to have a stable life, and he slept in cars and garages just to get by.

By age 21, he took a job in direct sales, selling timeshares. He was the worst salesman at the company. Shy. Timid. Closed off. And after only six weeks of working his boss told him “if you don’t sell within the next few days you’re going to be fired.”

Faced with yet another challenge, Robinson was prepared to do just about anything to come out on top.

“I didn’t want to go back to the kind of scarcity that I’d had before so, I changed my internal question to ‘how can I be successful’ and I kept repeating that question walking to work and walking back to the office for two days.”

The constant mumbling under his breath caught the ears of the top salesman at the company. The top employee approached Robinson and gave him a book to read, “Bring out the Magic in Your Mind” by Al Koran. He told Robinson “read the book, go home and don’t stop reading until you get the message.”

Robinson read the book once. And then read it seven more times. 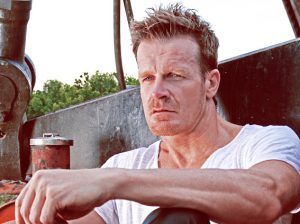 The benefits were almost immediate. He went to work the next day, invigorated. His first customers of the day were a blind couple with a guide dog. And it was this couple that would showcase the mental shift in how Robinson approached life.

“I’m like ‘how am I going to sell something if you can’t see me and you can’t see the timeshare,’” Robinson said. “But because my belief system had changed, I was in a position where I had nothing to lose.”

At just 21 years old, he was able to sell a timeshare to the blind couple – something he didn’t know he could do.  The timeshare sold for 10,000 pounds — without the couple ever seeing it. This was, for Robinson, his first taste of success.

“And after that happened, I was salesperson of the year, youngest sales manager in the company, I got headhunted all over the world.” Robinson’s skills landed in him in Malaysia in 1997. But after a few short years, the company Robinson was working for ran into financial ruin because of the Asian economic crisis.

“The company couldn’t sell the product anymore, so I decided to change the product, innovate,” he said. “And I was able to turn that company into a billion dollar company within a 3 year period.” He was on the fast track to a stable continuous flow of cash. But he had another curveball coming – 2001 proved to be one of the hardest years of his life.

“Three things happened to me that year,” he said. “One, I had a heart attack and collapsed in the office. Two, I found out my wife was having an affair with my best friend. Three, I lost about 3 million dollars on the stock market because I didn’t know what I was doing.”

The biggest gut punch was finding out the two people he cared about most, and had known for 10 years, were betraying him behind his back.

Robinson decided to level up – the best way he could. He rebuilt himself from the ground up.

“I did motivational seminars, consolations for companies to help train their salespeople, started a couple of companies and in 2008” Robinson pauses, “I left my wife which was the best day of my life.” Robinson said he felt like he was truly free once he left his wife. Shortly after, he wrote his first book and it became a number one bestseller. Slowly but surely, he also worked his way up to doing 12 million in sales.

But even with all of the success, Robinson still hadn’t found his true passion – acting – yet. So he slowly started coming up with ways to make his dream come true. He ended up coming into contact with Adrian Boll, the would-be director of “Legacy of Lies.”

“We got along really well and he had a long track record of making very good films that’d won awards but he had never made a feature film and that was his dream.” Robinson and Boll got to work. But their first movie idea didn’t go as planned.

“We came up with a script that was based on the true story of how the Russians boomed the building in Kiev and killed 300 people.” But the plan for that movie put a direct target on Robinson’s back.

Boll called Robinson and said “Listen Marco are you sitting down? Your Facebook, your Instagram  — is all over Russian national news TV to 100 million people saying that you are crazy for making this film because you’re going against Putin and you’re going to lose your life.”

Robinson said, “It was the only time I’d been scared of losing my life.”

This caused them to rethink their strategy. They came up with another movie plot, primarily fictional, but loosely based on Robison’s experience with the Russian media fallout of his first movie idea.

Over the course of a few years Robinson was able to raise an upwards of 5 million dollars to make the movie. He was also able to snag Scott Adkins to play the main character.

“Arguably I would say (Scott is the) best martial arts actions star in cinema,” Robinson said. He and his team started filming in Kiev, in 2019. The movie was set to release in theaters January 2020.

But then, the pandemic hit.

His first movie, set to release in more than 10,000 theaters had to be scrapped. But just like other blockbusting movie producers during this time, Robinson found a way to get his feature film to the masses.

“We put it to Amazon Prime for a bit and then last month it went on Netflix in the UK and it trended at number 4, which was amazing.”

Robinson recognized that he’d finally reached the top – and found what it is that he loves doing more than anything else.

Despite finding his true passion later in life, Robison also realizes that people gravitate toward him for his incredible story, more than anything else. To this day, he is still working to help others, putting out TikToks with helpful tips on how to succeed. His motivational speaking and guidance knows no bounds. He even founded a charity called FreedomX where he takes homeless people off the streets, accommodates them and re-trains them.