The future is looking good for Trey Logan, just starting out with a promising career as the superstar quarterback, playing in the big league—the NFL! Trey and his wife, Rebecca, are all set to enjoy a life of wealth and luxury. But unbeknownst to Trey, his wife has plans of her own. When tragedy strikes, the couple is forced to return to Trey’s hometown, where he takes a job at the local radio station, Jacksonville Jammz and Sportz. Yet, the seemingly boring job slowly begins to reveal its non-monetary perks.
Purely by chance, Trey discovers that his high school sweetheart and one true love, Kayla Adams, is working as a junior producer at the station. Old passions rekindle, and soon, Trey and Kayla become involved again. Will this old-school love develop into a mature romance? Or will Trey’s jealous wife bring a second tragedy crashing down upon their heads?

Come on, girl. You can do this. Think of the money,

“Damn it, Trey, you sound like a broken man.

Trey’s voice trembled as he asked hesitantly, “So what’s the bad news?”

No love. No laughter

Shawn Rich is one of the most highly sought urban writers on the east coast for his expertise as an Author, Screen Writer and Producer. As a veteran in the industry with over 7 years of experience, he is most notably known for his work with Award Winning Comedian and Actor Eddie Griffin and Flava Unit Production Company. Barnes’ career spans over a number of disciplines within the entertainment arena including story board writing for music videos, script writing, producing, directing, and acting. Although he has a passion for writing mysteries, socially conscious works and dramedies, Barnes specializes in turning best-selling novels into films, web series, and television pilots.

Authors Q&A on Vows Of Infidelity

What caused Trey to retire?

Answer: Trey suffered a career ending injury in a car accident with his parents. Both his parents were killed in the accident.

Why did Becca marry Trey and not Bradley?

Answer: Becca married Trey, because she knew that quarterback make the most money in football.

What set Bradley off in Miami?

Answer: Bradley was upset when he seen Becca with another man. He placed a call and he witnessed her send him to voicemail.

Who did Trey love more Kayla or Rebecca?

Answer: Initially he loved Rebecca more, but once he begins working at the radio station his undying love for Kayla took over.

What is the amount of money Rebecca receives if Trey dies?

Answer: She would have received 32 million if he was injured in the field of play, but if Trey died she would receive a 2 million dollar payout.

What was Kayla’s ambition while in college?

Answer: Kayla was a model in college, soon realized that she wanted to be recognized for her intellect.

Does Trey lie to Kayla about being married?

Answers: Trey did lie, when they were on an outing with coworkers.

Find The Author and Book: 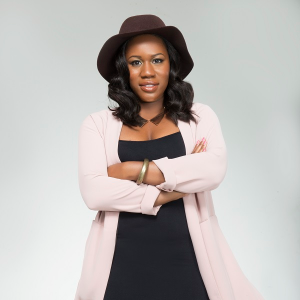 Author of 13 novels as seen in Vibe Vixen, Essence, Uptown, and on BET and Centric .
All Posts