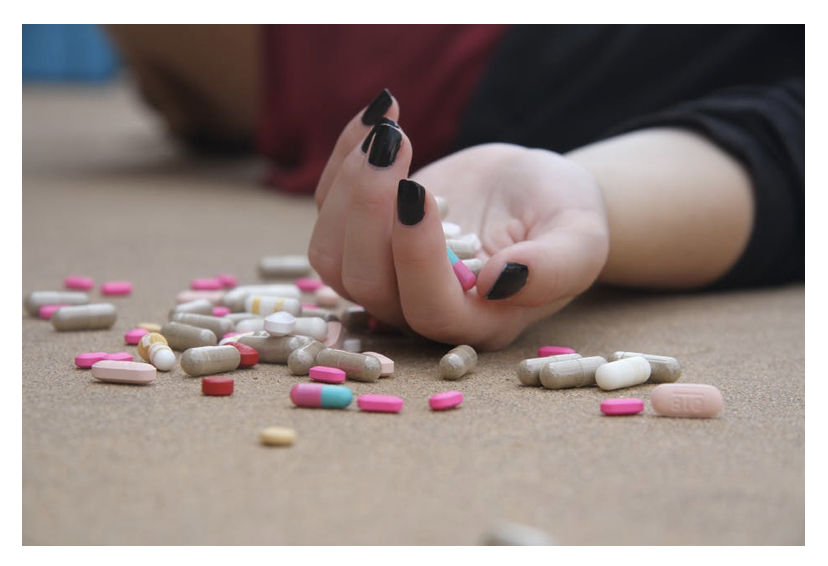 What do drugs do to you? Drugs not only damage your health but they also damage your appearance. Here’s how drug abuse changes the way you look.

We’re often warned about the perils of drugs, the effects they have, and the consequences that those effects can have on our lives.

Many of the bad side-effects of drugs are temporary and can be mended with time. There are others, though, such as the effects that some drugs have on appearance, that may be permanent.

We’re going to talk a little bit about drugs in this article, going into a little more detail about some of the consequences that aren’t talked about as much. Namely, what drugs do to your appearance.

So, what do drugs do to you?

What Do Drugs Do to You?

Before we go into more detail, we should clear up a couple of things. The term “drugs” is an extremely broad one. Drugs refer to everything from Advil to methamphetamine.

So, it’s clear that not all drugs will have the same effect. The abuse of any drug is going to have negative effects on your bodily health, leading to negative outcomes for your appearance.

With that said, it isn’t as if using a drug once will permanently harm your brain and body. There are many legal drugs that quickly lead to negative effects on your appearance, while there are a number of illegal drugs that don’t. The point is, not all drugs have the same consequences.

So, when we’re asking the question “what do drugs do to you,” we’re typically talking about addictive drugs that are frequently abused. Additionally, these drugs have different consequences.

It’s important to think about the potential consequences of drug use before it occurs. You might have great insurance, but does insurance cover rehab? If you’re a person who’s susceptible to addiction, are there other medications or substances you could substitute that isn’t addictive.

With these things in mind, it’s hard to pin down one specific answer to the question of how drugs work on the body. At the same time, we can generalize a few statements on the effects you can experience. Let’s talk about those effects:

Drug Abuse Can Affect Your Skin

A lot of drugs, when abused, can wreak havoc on the quality of your skin. Whether you’re smoking, drinking, or doing amphetamines, your skin will eventually suffer the consequences.

The harmful effects that drugs have on your internal organs and body function eventually generate consequences for your skin. Some of the effects are a result of behavior that drugs contribute to as well.

For example, a lack of nutrition can lead to spots on your skin. The same goes for hydration, which leads to dryness and flakiness. In general, pumping toxins into your body and failing to eat and drink well will lead to irregularities in the skin.

That means discoloration, dryness, the potential for rashes, early wrinkles, and acne. As your body works to eliminate the toxins of drugs from your skin, your skin bears a lot of the work.

Think of an air filter in your car. Your engine might be running smoothly and cleanly, but the thing that pumps dirt and impurities out of your vehicle, the filter, ends up being very dirty. Your skin is, in a way, the equivalent within your body.

Many drug addicts are particularly thin. This can happen for a number of reasons.

In a lot of cases, drugs like amphetamines and opioids cause a person to skip eating. When you’re addicted to such drugs, the experience of being high takes precedence over your bodily health, diet, and more.

When a person takes meth, for example, their appetite is curbed and they don’t feel the need to eat. These effects become exponentially more harmful when a user is pregnant, harming the baby permanently in a lot of cases.

Additionally, the person’s body is going through a lot of energy to work through the toxins in the body while supporting the increased activity of the user. These factors, over time, will lead to significant weight loss. Weight loss is healthy when done right, but drug use is an extremely unhealthy way to lose weight.

One significant effect that drugs have is the change of personality that a user experiences. If you’ve ever met someone who was sober but relapsed, you know the look in their eye, the change in appearance, and the alteration of your conversations with that person.

A lot of drugs drive a person to be lethargic, flat, and apathetic. That is when they aren’t high on their drug of choice. The feeling of being sober is so uncomfortable that a person is typically agitated until they have another hit.

This is a result of cravings and lack of confidence. It isn’t as if a person doesn’t know that they shouldn’t be abusing drugs. Alternatively, the emotional disappointment is very heavy.

This has huge effects on confidence and self-perception.

The culmination of negative effects on internal organs, personality, and general well-being can lead to a general state of depression. If the behavior isn’t changed and depression continues, this alone can have significant effects on your appearance.

Depression has a lot of outward signals that are found in a person’s appearance, but the experience of deep depressions has real effects on a person’s internal organs. Those effects come through in a person’s eyes, their self-care, and their mental fortitude.

Relationships suffer, work performance suffers, motivation wanes, and many more unfortunate traits surface. All of these things have effects on a person’s bodily health and physical appearance.

It’s important to remember that most of our habits and behaviors are connected to each other in some way. Even the guilt of trying a drug, in some cases, can lead to anxiety which comes through in different forms of physical appearance.

Using a drug once isn’t necessarily going to show up in your appearance. Additionally, some drugs are necessary and beneficial to a person’s health. Just because a substance is demonized in the media (like marijuana, for example), doesn’t mean that it is an objectively bad thing.

That said, abusing any substance will cause problems eventually. Make sure that you understand the things you put into your body and do your best to reach out to get help if you’re in the throes of an addiction.

Keep Up on Your Health

Asking “what do drugs do to you” is an important step in understanding your health and knowing what to put in your body. The body is a delicate thing, and it’s essential that you know how to treat it.

Explore our site for more tips on staying healthy and being the best that you can be.