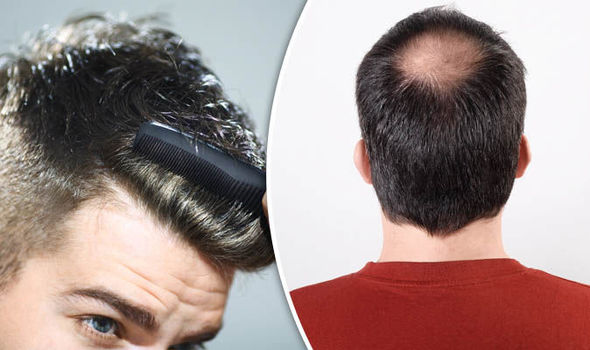 What James Nesbitt did about his hair loss problem

It is often useful to find out what famous people do when they lose their hair. It is common for people in the media spotlight to try to correct problems they perceive in their appearance, since they have so much exposure to the public.

One of these celebrities is the actor James Nesbitt, who is from Ireland. Mr. Nesbitt is well-known in the UK media where he acted in a television show known as ‘Cold Feet’.

Over the years, as he aged, he began to show thinning hair and began to go bald. This is not an uncommon problem among men, with many men showing male pattern baldness because of the condition androgenetic alopecia.

The first signs that James Nesbitt experienced was a receding hairline, and then he started to show the typical receding hair on the sides of the head, which is so common with men who have androgenetic alopecia. Since this alopecia only continues as a man ages, James decided to do something about his hair loss problem.

The problem with losing your hair and becoming bald is that it often makes you look old. In the world of movies and television, this can become a major issue with many actors worrying that they will not be hired again if they do not look young and virile. Unfortunately, looks do count when it comes to television shows and also movies, with more attractive and youthful-looking actors often being more successful because this attracts more audiences, and therefore more money.

James Nesbitt had his hair transplant work done in Dublin, Ireland, and actually had the procedure done multiple times. This means that he had several thousand hair grafts done which was necessary because he was missing a lot of his hair.

Costs of hair transplant procedures in the UK tend to be on the high side, especially if you are having many hair follicles grafted and having many procedures done. It is affordable for celebrities who have the money, but this may not be affordable for the average man on the street. In those instances, looking to have work done may mean traveling out of the country to such places as Turkey, which has a booming medical tourism industry, offering affordable and high quality cosmetic work.

James Nesbitt had the FUE hair transplant procedure done which has many advantages over the older FUT method of hair transplantation. The FUE, however, does take several hours to perform and takes a couple of months for hair to grow in properly. The procedure has worked well for Mr. Nesbitt though and his hair now looks nice and thick.

James Nesbitt is certainly not the only male actor to have hair transplant work done, but he is one of the actors who has been the most open about having cosmetic work done. Many actors do not like to talk about cosmetic procedures.