Almost everybody has a bucket list these days, a list of things to do and places to see before they, well, kick the bucket. If you don’t have a bucket list, then you need to make one. Put doing that on your bucket list, okay?

While you’re at it, you should put “visit California” on there as well. Here’s why… 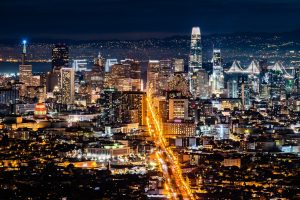 Some of the most important events in the history of the United States have taken place in California, and many of the sites of those events still exist today, preserved as tangible memories of America’s rich cultural heritage.

Most notably, California is the place where the West was won. Intrepid pioneers, indigenous Native-Americans, Asian immigrants, hard-working railroad workers, and cattle-rustling cowboys all called California home in the days of the Westward Expansion. Their legacies are commemorated today at sites like Marshall Gold Discovery State Historic Park in Coloma and the San Pasqual Battlefield in San Diego.

You don’t have to be a cowboy fan to enjoy California history, mind you. The gorgeously restored Gable Mansion in Yolo County will have architecture-lovers seeking out Woodland apartments just so they can be close to its rare, Victorian Italianate-style beauty, and the imposing view of Alcatraz Island from the San Francisco is something true-crime aficionados will never forget.

Outside of Las Vegas, it’s hard to imagine a place in the entire country with more or better entertainment options than California. And, sure, Sin City has more casinos and showgirls, but they don’t have Disneyland in Anaheim or Knott’s Berry Farm in Buena Park.

If amusement parks aren’t your thing (what’s wrong with you???), then maybe you’ve heard of a little concert series called, ahem, Coachella. The multi-weekend music and arts festival that puts the biggest names in live entertainment together on the same stage draws 250,000+ attendees every year. If you’re feeling thirsty, though, you can always check out BottleRock in Napa Valley, which pairs A-list music performers with a wide assortment of local wineries.

Of course, sometimes the most fun you can have in California costs nothing at all. With all the wonderful weirdos and the eclectic eccentrics that call this place home, you can have a blast just people-watching.

Thanks to Hollywood and Los Angeles, California is often thought of as a place of glitz and glamour, where celebrity sightings are a common occurrence and everyday people sometimes find themselves mingling with the rich and famous in places they never would have expected.

You might expect me to say that this reputation is overblown and it’s not really like that. But it is. I’ve never met someone who’s visited California who hasn’t glimpsed at least one famous face. It’s almost impossible not to. In addition to making their home in the Golden State many celebrities also work here, and even those who live elsewhere drop by regularly for projects, live events, or sometimes just to enjoy the high-quality shopping opportunities, delectable restaurants, and rocking night-life scene.

Some of the most important stars you’ll meet in California, however, are the ones who aren’t famous yet. Millions of people come here every year to make a name for themselves, and that’s because there are so many opportunities waiting for them. Who knows, the next big star might even be you.