Filmmaking is as much an art form as it is entertainment. The camera and big screen are to a director as a paintbrush and canvases are to a painter. Many try to master filmmaking, hoping to achieve some measure of immortality through their work. More often than not, they fall into oblivion. Thankfully, one filmmaker dares to defy the odds and is making his mark on the film industry. Get ready to meet, Devin J. Ricks, a true auteur and rising star!
Talking with Devin is like a breath of fresh air. It is rare that a filmmaker, and one so young, gets the bigger picture of what it means to grind and make your dreams come true. He grew up knowing he wanted to be successful and just so happened to find that watching his television at home. “…I grew up watching a lot of television shows and I really wanted to get into film…at first I watched stuff just because it was on TV, but then I started appreciating how a show was written, its characters, the lighting, and a lot of other production elements…” From there Devin began to experiment with cameras and learned various filming techniques and procedures. It was only a matter of time before he began making his own cinematic projects!

Love is a universally recurring theme throughout film. This is no surprise as it is universal to the human experience. Mr. Ricks has achieved oneness with this concept, and is bringing his story to The Big Screen with his own series of films known as Love Cycle! Love Cycle details a series of love stories and situations loosely based on Devin, and a few of his friends and family members’ experiences. “…you can truly find inspiration anywhere and I seem to be good at listening to people…they’re always telling me about their relationship problems and issues and honestly some of them were really deep and interesting…” Naturally, he changes the names of the character and tweaks the situations in the film to spare his loved ones, but it does not make his work any less realistic or relatable. In fact, the debut film of the series, Beautiful Mistake, leaves you breathless and wanting more. In Devin’s own synopsis he states it as: “Perception vs. Reality, Moving On vs. Learning How To Let Go; figuring out the balance between the two measures is a metaphysical obstacle that we all must learn how to master.”  This is the sign of a truly great filmmaker who creates a movie so engrossing you find yourself interwoven into its reality. Suddenly, you and the characters are one in the same—you really feel their highs and lows! Just think, this is what Devin has mastered at the tender age of twenty-three. Do not go to sleep John Singleton, he is coming for you!

Any independent filmmaker will tell you that the grind and hustle it takes to get a film off the ground is nothing short of divine! Thankfully, Devin has an amazing team behind him to make his vision an actuality. “Without the right people behind me none of this could have been accomplished…I’ve been blessed with those who have stuck with me…I have to admit I’ve had to let some people go…but I think I heard someone say once if you haven’t lost anyone on your journey to success then chances are you haven’t grown…” Indeed, no captain has a successful voyage without a well put together and motley crew! 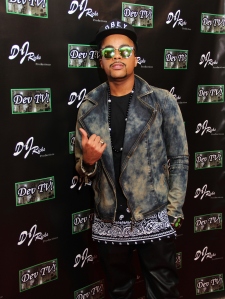 Devin dares to make a difference in the world and feels a responsibility to create diverse and uplifting portrayals of Black people. He realizes that the stereotypes based on of men of color who look like him have greatly contributed to the recent run-ins with the police. “…we don’t get to control always how we are portrayed in the media…most of us don’t own the production companies or marketing so they [the media] get to show us however they see fit when you look at certain shows and films… and you see a lot of negativity coming from us [African-Americans] because that’s how they think we act and everyday people get the wrong impression of us…we are not animals or criminals—we’re people who come good, bad, and ugly like every other group of people out there…” 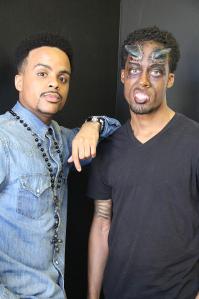 As you can see Devin J. Ricks is definitely making moves and we are more than proud to see him reach for his dreams. He tells other independent filmmakers to “…never, ever quit…you know what you wanna do…make it happen!” You can check out Devin by following any of the information below. Be sure to check out the trailer to his amazing film Love Cycle: Beautiful Mistake and purchase your DVD ASAP! I know I will!